UC Santa Barbara men’s soccer is riding into this season off some recent success they are hoping to translate to this year’s team. Back in 2019 — the last full season with all NCAA Division I teams playing — UCSB’s men’s soccer team made a surprise run to the final eight. 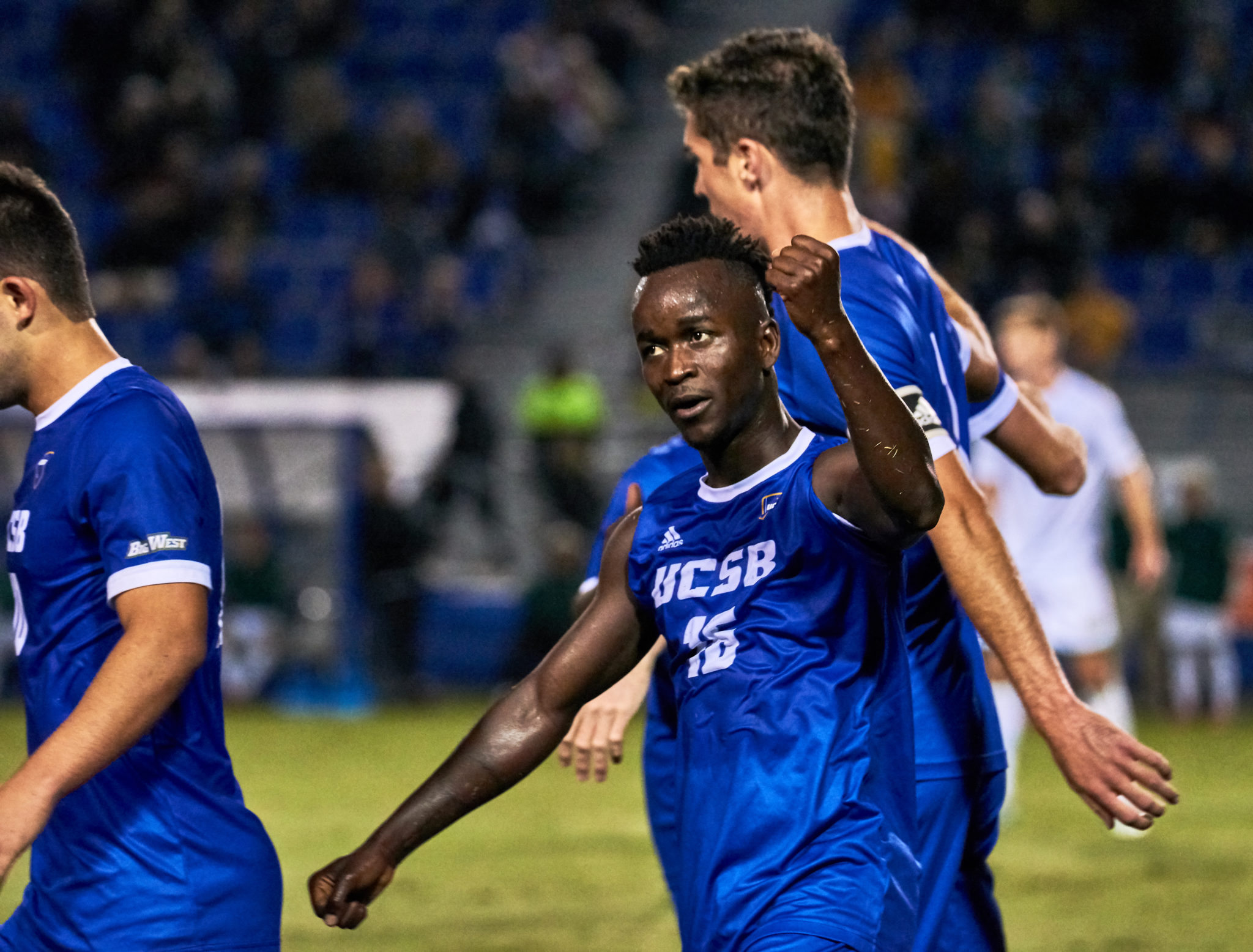 This year’s team is off to the right start after beating local rival Westmont College 3-0 in the Community Shield Game on August 21.

The Gauchos dominated this game with the first goal coming from a cross from sophomore midfielder Nemo Philipp into a dangerous area where freshman forward Salvador Aguilar was able to tap it in. The second goal from the Gauchos came from a free kick from about 10 yards outside the box. Freshman defender Lucas Gonzalez went around the Westmont wall to beat the keeper to the far right corner of the goal.

The last goal of the game also went the Gauchos way as the Westmont midfield turned the ball over on their own side to senior forward Ameyawu Muntari. From that point it was a simple assist to sophomore forward Finn Ballard McBride, where McBride easily beat the goalkeeper in a one-on-one finish to the keeper’s right side.

The final box score posted numbers all in favor of the Gauchos. The Gauchos managed to have 9 shots on goal in the match, along with 21 total shots. The Gauchos also won more corner kicks than Westmont, acclimating 5 corners as opposed to 3 for Westmont.

The schedule gets more difficult as the year progresses, continuing against an always difficult Cal Berkeley team on Aug. 29.

This game highlighted many standout players whose names fans should become accustomed to hearing throughout the season.

First off, Aguilar was a goal scorer in this game and had 2 other shots on target in the rest of the game. Although a freshman, Aguilar should be a force for the Gauchos this season as he is a product of the MLS team, San Jose Earthquakes academy. This academy has produced numerous players like San Jose Earthquake midfielder Tommy Thompson and Austin FC right back Nick Lima.

Another standout was Gonzalez, who was redshirted in 2019 due to injury. He scored in this game via the free kick and had 2 other shots. Like Aguilar, Gonzalez was a part of the MLS LA Galaxy academy which featured former standouts like midfielder Efrain Alvarez and USA international Julian Araujo.

Muntari is one of the more experienced players on the team, having been on the 2019 team that made the run to the final eight in the NCAA tournament. This could be his year to breakout like he did at Santa Barbara City College before coming to UCSB, earning him First Team Western State Conference Honors.

Lastly, McBride had an outstanding game with 3 shots and 1 goal. Among UCSB players, McBride may have the most experience outside of the collegiate soccer realm. McBride is a part of many Australia and New Zealand U20 training camps and also plays professionally for PC Kitzbühel, who is in the third division of the Austrian leagues.

An honorable mention goes out to senior defender Adrian Adames, who will continue to be crucial to the defense, as he was an All-Big West Honorable Mention his freshman season. Being from Bilbao, Spain he most recently played for Santutxu FC, which is a part of the second highest youth league in Spain.