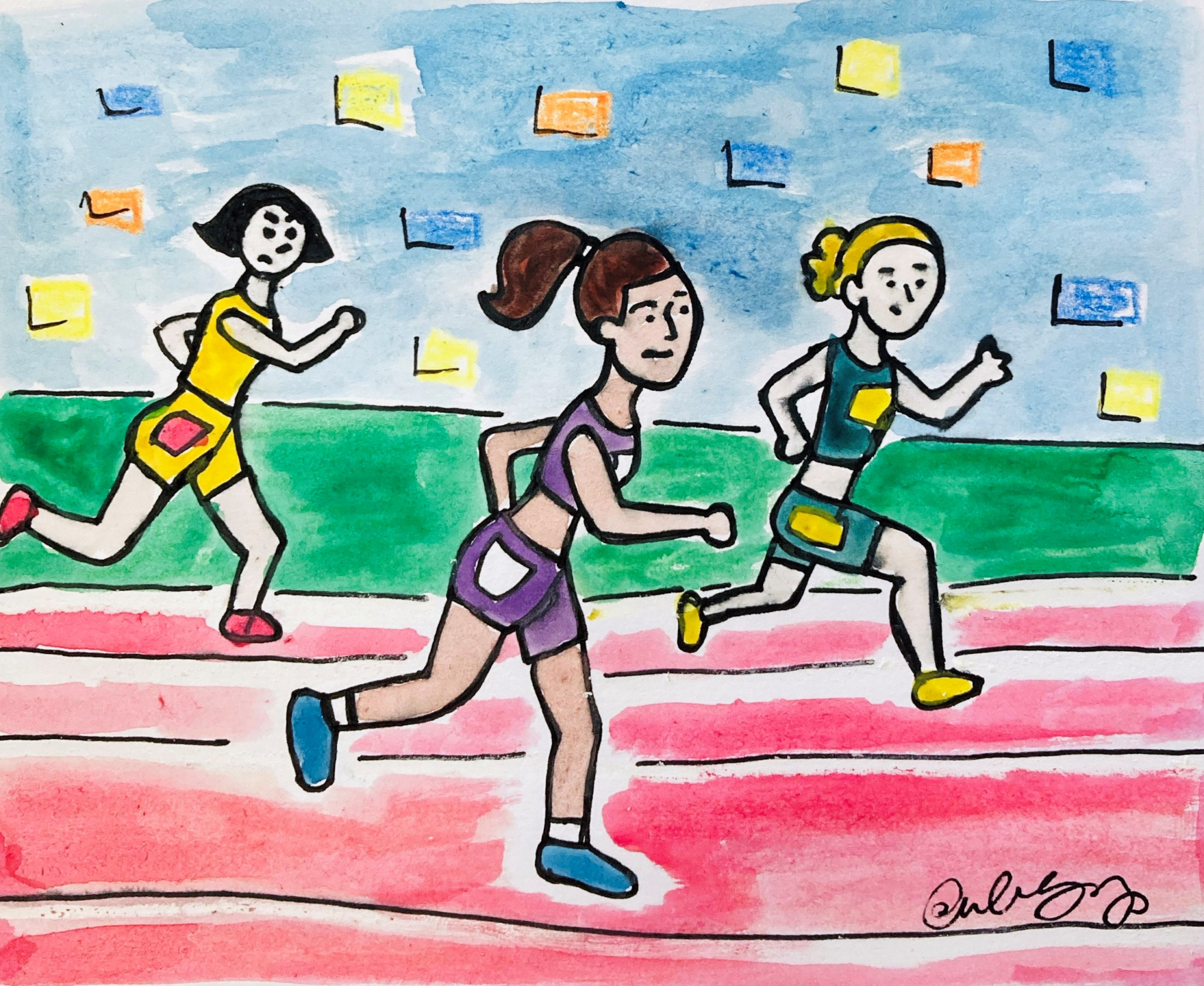 The United States has many favorites in the sprints this Olympics. Credit: Amberly Young

With Bolt out of the picture, here enters the U.S. prospect who broke Bolt’s junior record in the 200-meter dash. At an outside shot at the podium, 17-year-old Erriyon Knighton has his eyes set on the 200-meter dash this Olympics.

Moving on to the hurdles side of the track, 110-meter favorite Grant Holloway is going for the gold. Holloway came one-hundredth of a second away from breaking the 110-meter dash world record at the trials. If he were to break the record, it would be the second world record for Holloway this year, with the first coming in the 60-meter hurdles.

Moving on to the women’s side of the track, you must mention the greatness of world-class sprinter Allyson Felix. The only other American track and field athlete with 10 medals is the great Carl Lewis. This just puts into light how great Felix is, as she has a chance to break Lewis’s record, sitting on nine medals coming into the Tokyo Olympics.

Another accomplished women’s sprinter is Sydney McLaughlin, who was only 17 during her first Rio Olympics. McLaughlin is in a class of her own, defying the 15 strides in between each hurdle to 14 strides between each hurdle which led to her world record of a sub-52 second 400-meter hurdles. With coach Bob Kersee by her side, she has a chance to break both the Olympic and world record during the Tokyo Olympics.

Staying within the Olympic hurdles, one must mention the world record holder for the 100-meter hurdles, Keni Harrison. Although she broke the record in 2016, she did not manage to qualify for the 2016 Olympics, finishing sixth at the U.S. trials. Without a world title or an Olympic medal, Harrison, aged 28, will be running out of time to add to her world record resume.

Lastly, when mentioning women’s sprinting, if the great Florence Griffith Joyner’s name is brought up, something superb is taking place. In this case, sprinter Gabby Thomas ran a 21.61 in the 200-meters, marking her as having the second-fastest time in women’s 200-meter history. Besides her resume of a degree in neurobiology from Harvard, Thomas is favored in Tokyo, like many of the previously mentioned athletes.