The Santa Barbara County Sheriff’s Office arrested Jered Harwin, a 36-year-old Isla Vista resident, on July 28 on five charges of domestic violence against an unidentified victim. The victim suffered significant injuries that required hospitalization but is expected to recover. 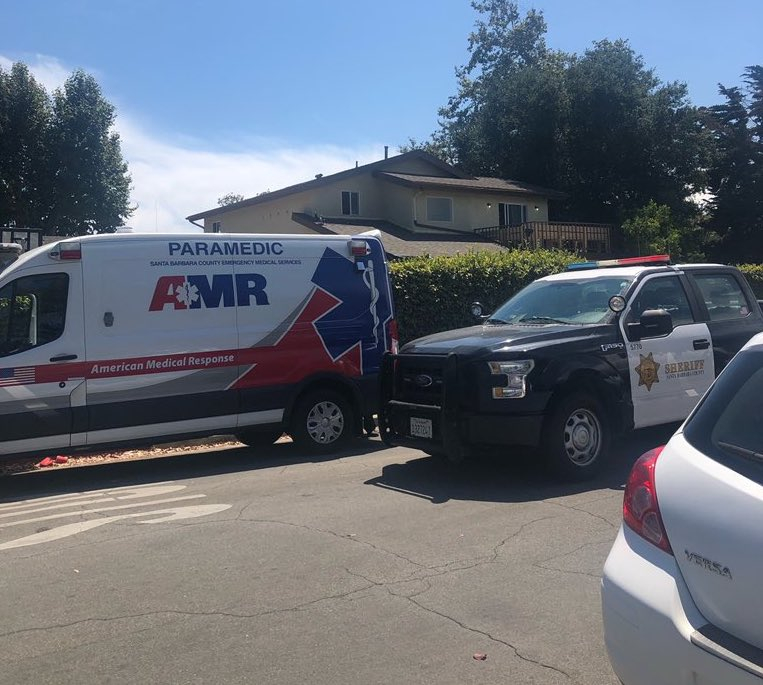 According to the SBSO press release, “Deputies were familiar with Harwin and recalled that he is known to own and possess firearms.”  Sindhu Ananthavel / Daily Nexus

According to a press release from the Santa Barbara County Sheriff’s Office (SBSO), deputies arrived at the 6700 block of Sueno Road in Isla Vista at 11:39 a.m. to “check the welfare of a possible domestic violence victim” and determined that Harwin was inside with a possible victim.

After the deputies attempted to have Harwin exit the residence and were met with refusal, “additional resources including a Sheriff’s K9 and the Special Enforcement team” arrived on the scene to assist.

Harwin surrendered, walked out of the residence on his own and was taken into custody.

According to the press release, Harwin was booked at the Santa Barbara County Jail for five felonies: domestic violence, assault with force possibly causing great bodily injury, battery with serious injury, preventing or dissuading a witness and false imprisonment.

Harwin was previously arrested by SBSO in December 2020 for multiple felony drug and weapons charges and was subsequently released without bail, as Emergency Rule 4 sets bail for all misdemeanor offenses and many felony offenses at zero dollars. According to the press release for Harwin’s July arrest, “Deputies were familiar with Harwin and recalled that he is known to own and possess firearms.”

Harwin currently remains in custody at Santa Barbara County Jail with no bail, as deputies “requested a bail enhancement” due to the seriousness of the charges.