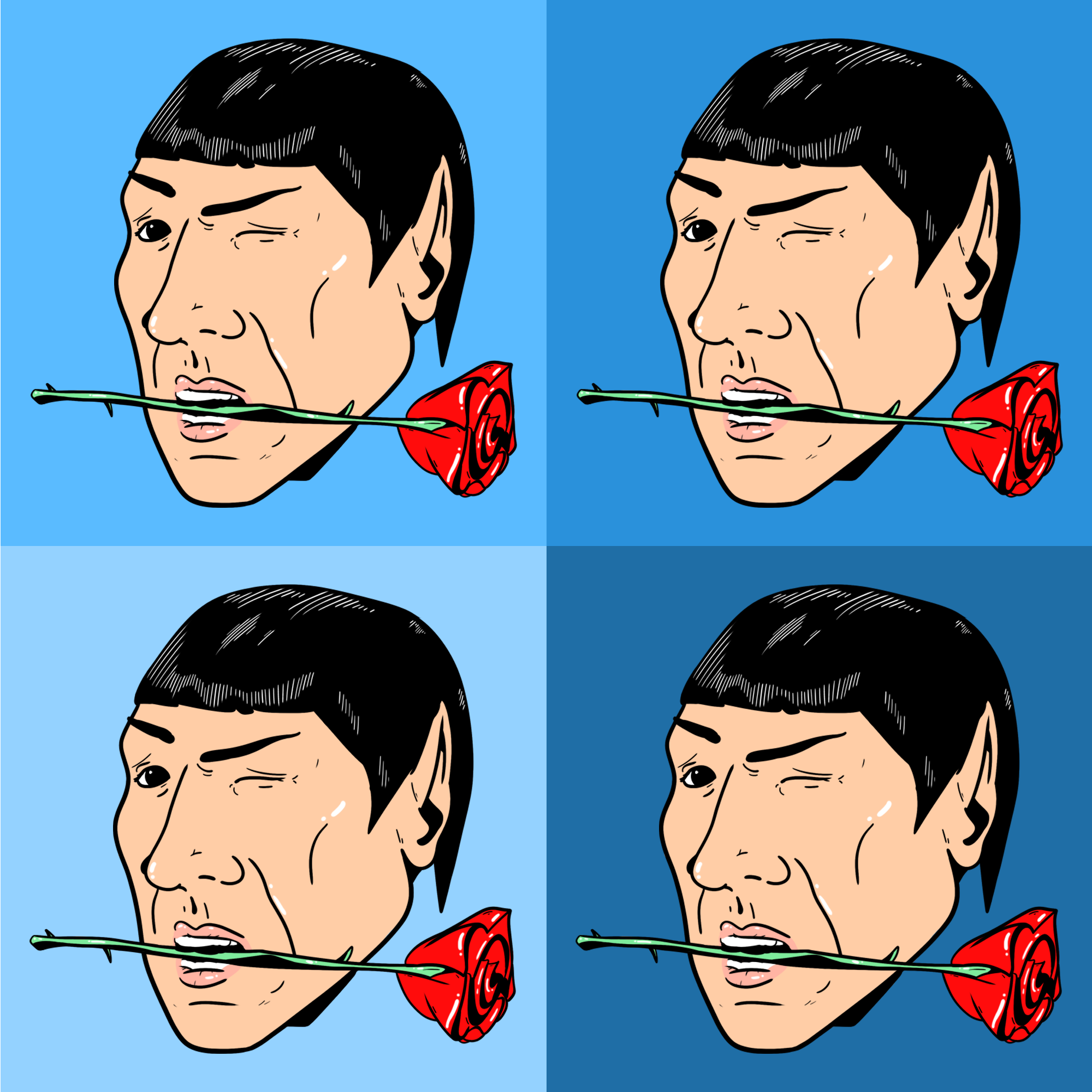 For the last five years, I have vehemently been a “Star Wars” girl. I’ve watched the movies, read the books, binged the shows, bought the LEGO sets, etc. So imagine my surprise — after five years of (albeit jokingly) insisting that “Star Wars” is better than “Star Trek,” despite the fact that a) I had never watched “Star Trek” before and b) I absolutely do not watch “Star Wars” for the plot (if you’re picking up what I’m putting down) — when I find out that, actually, I am really into “Star Trek.”

I won’t be coy. If you’ve read my previous article about DILFs or if you’ve spoken to me for longer than 10 minutes, it’s easy to see where I’m going with this. I know that I don’t have any particular interest in science fiction or a fascination with cult-classic shows from the ’60s. There are only three God-honest reasons I watch “Star Trek”:

I found the best part about verbally expressing my interest in “Star Trek” and my desire to kiss Spock delicately on his silly little bangs (or perhaps worst, depending on how bad my Not-Like-Other-Girls disease is on any given day) is knowing that I am not the only person who took one look at Spock’s intense bowl cut, pointy ears and atrocious posture and thought, “Yeah, that’s the one.” In fact — to my knowledge and William Shatner’s dismay — Spock has basically always been the fan favorite when it comes to the original series.

Since the ’60s, women have had a large role in “Star Trek” — not only in the creation and production of the TV show, but in the fan culture as well.

Undeniably, this is because of the impressive volume of female viewers of “Star Trek: The Original Series.” In contrast to common misconceptions, “Star Trek” fans are not just middle-aged men and young boys; in fact, women make up 57% of the fandom. Since the ’60s, women have had a large role in “Star Trek” — not only in the creation and production of the TV show, but in the fan culture as well. They were the ones who started up fan clubs, organized (the first-ever) letter campaigns (that would save the show from cancellation) and, ultimately, in the 21st century, became the backbone of “Star Trek” fan content on sites like Tumblr and Archive of Our Own. This isn’t to discredit male “Star Trek” fans who, I’m sure, have also contributed to “Star Trek” fan art/fan fiction in 2021. However, it becomes incredibly apparent that “Star Trek” has always relied on its female viewers to keep the fandom alive.

And with that knowledge, I know exactly why Mr. Spock was always the fan favorite.

While Captain Kirk is a force to be reckoned with in his own right, Spock’s character — both physically and emotionally — predominantly appeals to the female gaze (and, therefore, female viewers), while Captain Kirk generally appeals more to the male audience’s power fantasy.

First — if you don’t know what the female/male gaze is, there’s a high chance you’ve probably noticed it before (especially if you’re a woman). Think “The Virgin Suicides” (1999) or “500 Days of Summer,” (2009) which are movies that present women as objects for men to lust/daydream about without actually putting in the effort to know them as human beings. Or, if you’re a woman, you know firsthand the constant pressure to make yourself look and act appealing to men, even if there are no men around.

Essentially, the male gaze caters to the heterosexual male perspective which dominates our culture by showing men what they want to see (sexy women whose only purpose in life is to help men experience some amazing coming-of-age). On the other hand, the female gaze is just the opposite — catering to the perspective of a female viewer. Generally, the female gaze focuses on emotions, empathy and identity rather than sex appeal and the impression of being cool.

You might be thinking — wait a second, Mindy, aren’t Vulcans supposed to, like, NOT show emotions? To which I would reply, so true, you’re absolutely correct. However, Spock is also half human, and I won’t get into the biracial themes in Star Trek, but the best part about his character comes from his vulnerability in being human — whether it’s him worrying about Kirk in “Bread and Circuses” or getting frustrated by McCoy in every other episode, those are the moments that make his character so beloved.

So, while Kirk generally appeals to male viewers because they are able to project themselves onto the cool, hot male character that gets a ton of babes and is Just A Super Sexy Confident Hot Guy (which, by all means, Kirk definitely is), Spock appeals to female viewers for the exact opposite reason. Unlike Kirk, he does not get the babes — in fact, his own fiancée dumps him for a ’60s predecessor of Adam Driver. He’s the strong and silent type who shows just enough emotional vulnerability to make a simple country girl like me wonder …

That, and he’s super hot.

Min Seo Riu
Min Seo Riu is an Opinion staff writer and English major. She is a Danny DeVito enthusiast and a lover of Star Wars.

Wow, what a great article! More people need to be talking about Spock’s powerful appeal. Thank you for shedding light on this crucial topic!