The Daily Nexus
The Daily Stench
Heartbroken By UCLA Rejection, Oprah Winfrey Agrees To Speak at UCSB
June 8, 2021 at 4:20 pm by Varun iyer 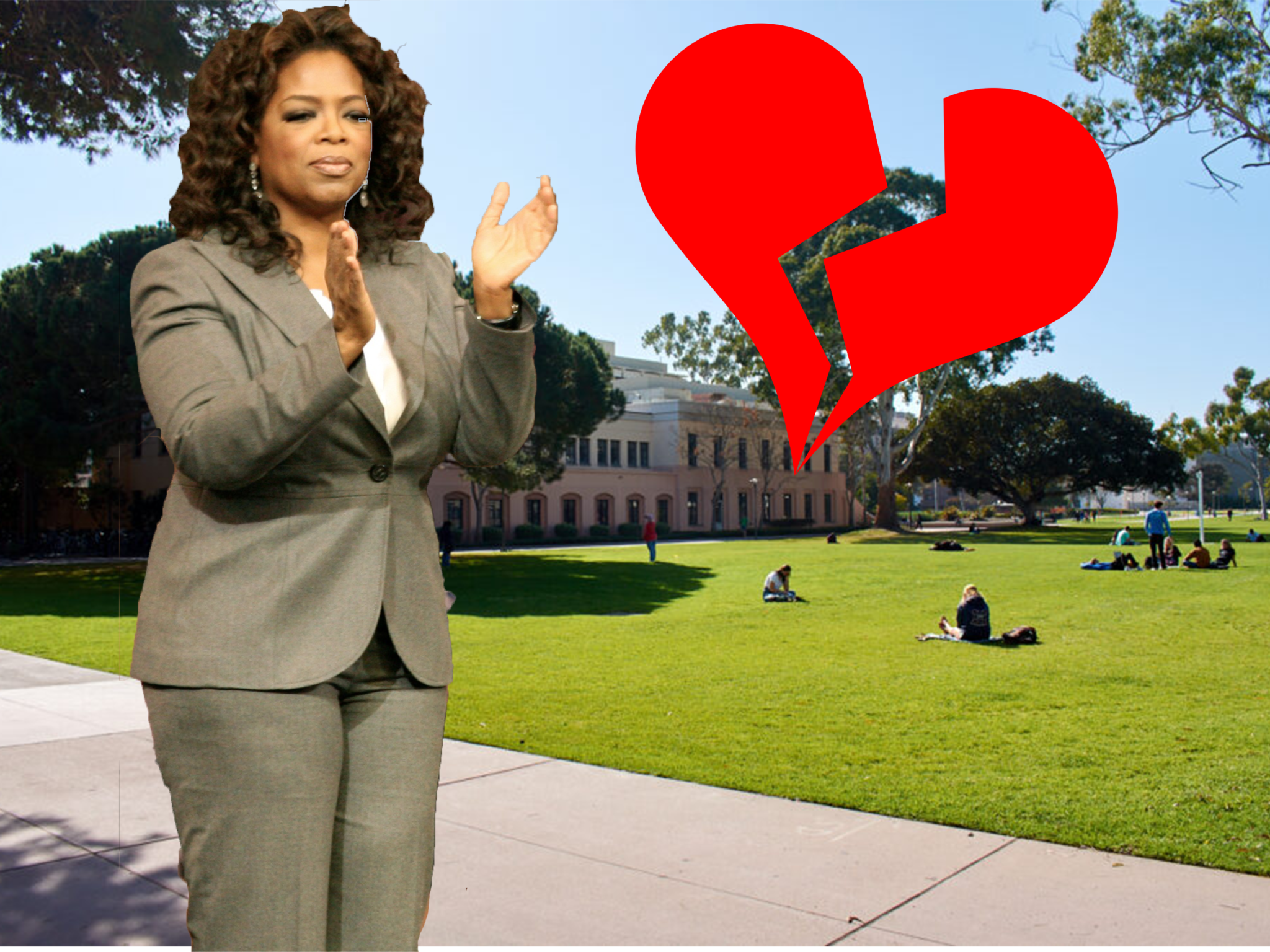 Last week, the Gaucho community received exciting news that Oprah Winfrey — entertainment tycoon and one of the nation’s wealthiest self-made women — would be speaking at UC Santa Barbara’s spring commencement. Winfrey’s keynote address will certainly inspire and compel the newest generation of real-adult Gauchos (a near oxymoron in terms) to ever-greater heights.

In a preliminary interview today, Nexustentialism reporters learned that Winfrey shares a common experience with many Gauchos. Winfrey, like all of us, agreed to come to UCSB amid the tears and existential crises brought on by a UCLA rejection letter.

Winfrey shared a copy of the letter, which read:

After careful consideration of your potential as a commencement speaker, we regret to inform you that we will not be asking you to speak at UCLA’s 2021 commencement. While your files showed evidence of unparalleled business acumen and personal warmth, your high school UC GPA was only 4.10; well below the 4.12 we expect for success at UCLA.

We understand that this message may cause some confusion, as you did not apply for this position. To be clear, the primary purpose of this letter is not to update you about the status of any application, but to inform you that you are not worthy to set foot on our esteemed campus.

With warmest regards, get fucked.

The director did not respond to a request for comment. Winfrey — like every other dejected Gaucho — is left without answers.

Winfrey recounted the incident while attempting to restrain the tears welling in her eyes: “I don’t think I’ve ever been the same since. Yes, I’m a self-made multibillionaire and the greatest cultural tastemaker since Jesus — but I was really pinning my entire self-worth on UCLA, so this letter just shattered my confidence.” This Nexustentialism reporter tendered his condolences to Winfrey, helping the butlers dry her tears and assuring the multibillionaire that her trauma was very much shared.

When asked if he knew about Winfrey’s recent rejection, Chancellor Henry T. Yang positively beamed. “Yes, we were well aware of the unfortunate news, but we are proud to continue a long-standing Gaucho tradition of embracing UCLA rejects. UCLA may be handsome, charming and funny, but when UCLA rejects you, UCSB will always be a shoulder to cry on — and, with time, maybe something more. My wife Dilling Yang and I are grateful for the rejection and excited for the wisdom that Oprah will impart to the many, many Gauchos that have preceded her.”

Varun Iyer has never thought about what his life might look like if UCLA had seen him for who he truly was.