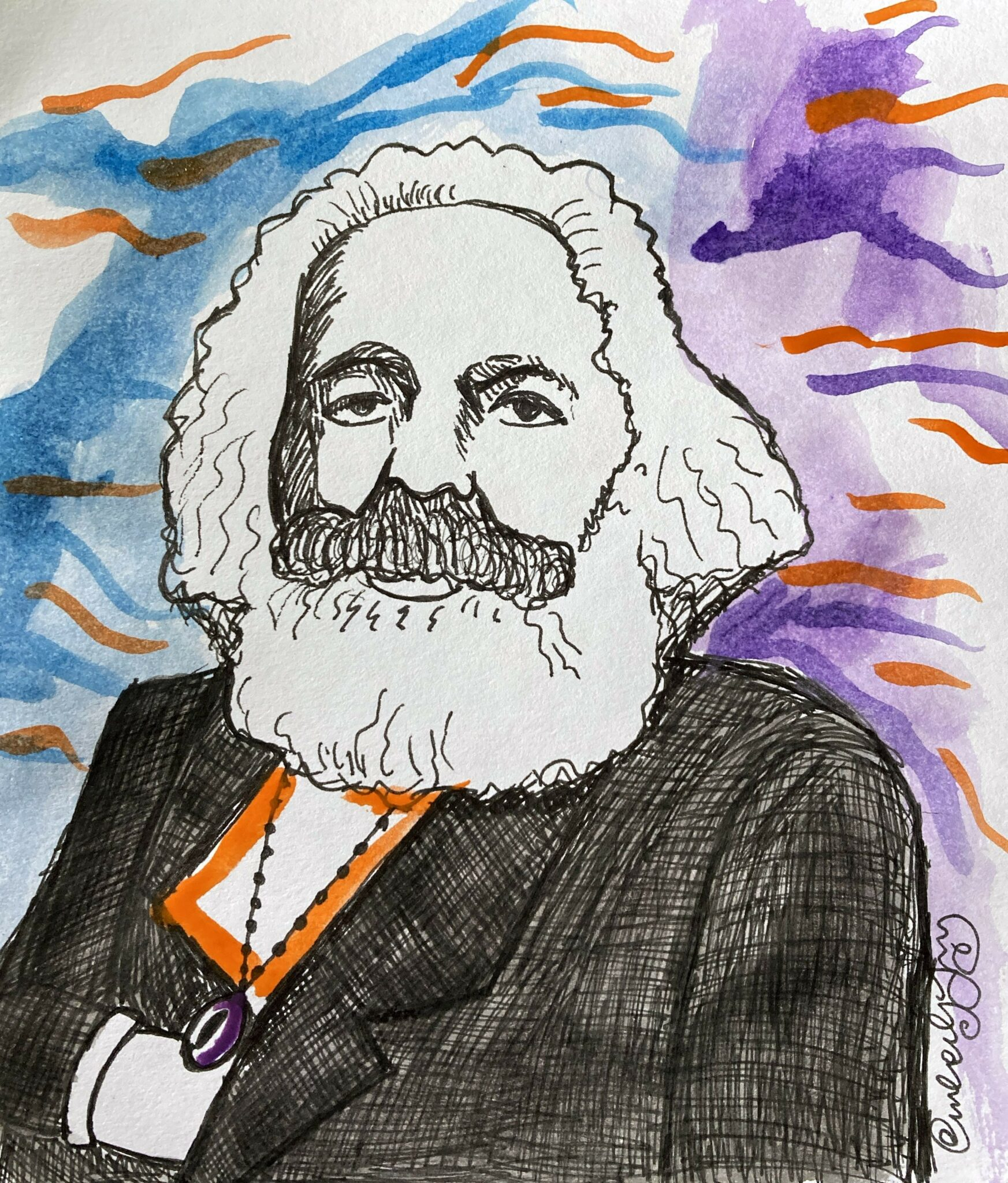 “The history of all hitherto existing society is the history of class struggles … a fight that each time ended, either in a revolutionary reconstitution of society at large, or in the common ruin of the contending classes.”

This quote is from one of the first and most recognizable passages in the Communist Manifesto, which of course means that virtually nobody understands it. I am absolutely certain that if a study were conducted, it would be discovered that in American culture, the more a subject is discussed, the less it is understood. Political confusion and factual distortion (fake news, you might say) is so deeply entrenched in our political culture that it’s pretty much the norm in most cases. Exactly why that’s the case could be a whole article of its own, but we have to face the fact that there are very good reasons why fewer Americans trust mainstream media than ever before, and it’s definitely not for the reasons a source like Forbes will pretend it is.

My focus today is centered on the end of this quote, particularly: “a fight that each time ended” in a “revolutionary reconstitution of society at large, or in the common ruin of the contending classes.” Certain people (the poor lost souls with degrees in economics) love to talk about the “revolutionary” part of this quote, because it’s an excellent example of how wrong Marx supposedly was. Economists like to use this quote to argue that Marx believed a socialist revolution was inevitable. Thus, since capitalism obviously still exists today, they argue that Marx and his theories must have been full of it. These same economists tend to forget, or ignore, “the common ruin of the contending classes.”

Murray N. Rothbard — a professor of economics who taught at Brooklyn Polytechnic Institute and the University of Nevada, Las Vegas — asserted that Marx believed “socialism is brought about … by the ‘operation of the immanent laws of capitalistic production itself.’” In English, Rothbard was claiming that Marx believed a socialist revolution was inevitable as a result of the basic way capitalism works. Rothbard continued on to argue that, since capitalism obviously has not been overthrown by socialism, Marx must have been an idiot. The fact that this quote comes from a book written by a man who earned a Ph.D. in economics at the University of Columbia is pretty astonishing, as he somehow managed to misunderstand what Marx was saying in its entirety.

As quoted explicitly in the manifesto, Marx didn’t believe capitalism would inevitably lead to socialism, he believed it could also end in “the common ruin of the contending classes.” Further, Rothbard doesn’t even understand the quote he uses to prove his point. Marx argued that substantial concentrations of wealth were brought about by the “operation of the immanent laws of capitalistic production itself,” not the birth of socialism. Meaning, Marx believed that capitalism inevitably led to very small numbers of people having very, very large amounts of money, not to a socialist revolution.

Another reason, we are told, that we could never have socialism, is that we need capitalism for innovation. As if capitalism nowadays invents anything useful. As if “innovation” so defined means anything other than new flavors of sprite that no one asked for, or Apple finding a dozen new ways to slow down their own phone so you have to pay $800 for a new one. Meanwhile, actual innovation, in things that are useful, like the green technology that might be able to prevent human extinction, is actively snuffed out. According to a report from the International Monetary Fund, the United States government spent nearly 10 times more money on direct and indirect subsidies to the fossil fuels industry in 2015 than it did on education. This amounted to a sum of $649 billion dollars, even more than we spent on the military that year.

But why? Why is a capitalist society, which we have been told since birth represents the height of human ingenuity and creativity, actively strangling the best hope it has for self-preservation? It’s almost like capitalism isn’t about innovation, or efficiency, or merit. It’s almost like the primary goal of capitalism is just like the primary goal of every other class society in human history — to protect the wealth and power of the elite, even at the cost of human extinction.

Let’s go back to that line we started with: that class struggle is “a fight that each time [has] ended, either in a revolutionary reconstitution of society at large, or in the common ruin of the contending classes.” A better term than “common ruin” might be “apocalypse.”

A historical example of this would be the Black Death, which historians have argued helped bring about the end of feudalism at the cost of a third to over half the population of Europe. Looking to today, it has been said that we have until the year 2030 to avert the worst effects of climate change, if it is not too late already. Joe Biden has promised that by 2030 he will have cut the United States’ carbon emissions in half. Of course, he also promised to write $2,000 stimulus checks and to raise the minimum wage to $15 an hour. For those who haven’t been keeping up with the news, those promises haven’t exactly panned out.

The truth is, Joe Biden and the ruling class (the 1%), will never surrender the wealth and power they have taken from the people of this country of their own will. They can only be forced to. Enacting a Green New Deal or any of the policies necessary to save the human race from destruction is only possible if the unfathomably wealthy loosen their despotic grip on our economy, which will only happen if the working people of this country demand it. That means we will need a hell of a lot more people in the streets than we have today, and it needs to be done in such a way that we effectively wield power to build both a political and an economic democracy, which is all socialism really means. And as a matter of fact, Marx had it right when he said capitalism was digging its own grave. Will we allow it to be ours as well?

Taylor Clark believes that we should not cling to capitalism at the price of human extinction.

Taylor Clark
Taylor Clark is a former Campus Corps Leader from Students for Bernie and Co-Chair of the Young Democratic Socialists of America at UCSB.
4 Comments
Inline Feedbacks
View all comments

Capitalism is NOT the problem. It is a symptom of a dire underlying defect. That defect is humanity — capitalism is simply one (salient) way in which the scourge of human consciousness enables a particular subset (there are many such malignant sets drawn to different venues of exploitation in the name of self) to exploit the planet (animate and inanimate) in the ultimate service of its own extinction. Humanity is by any rational standard the stupidest creation of natural selection in the past 3-4 billion years.

get yourself an econ 101 class and read some Thomas Sowell please. smh