The Daily Nexus
Nexustentialism
It's satire, stupid.
Rec Cen Lifeguards Upset They Might Actually Have To Do Something Now
May 17, 2021 at 4:20 am by Roberto Gutierrez 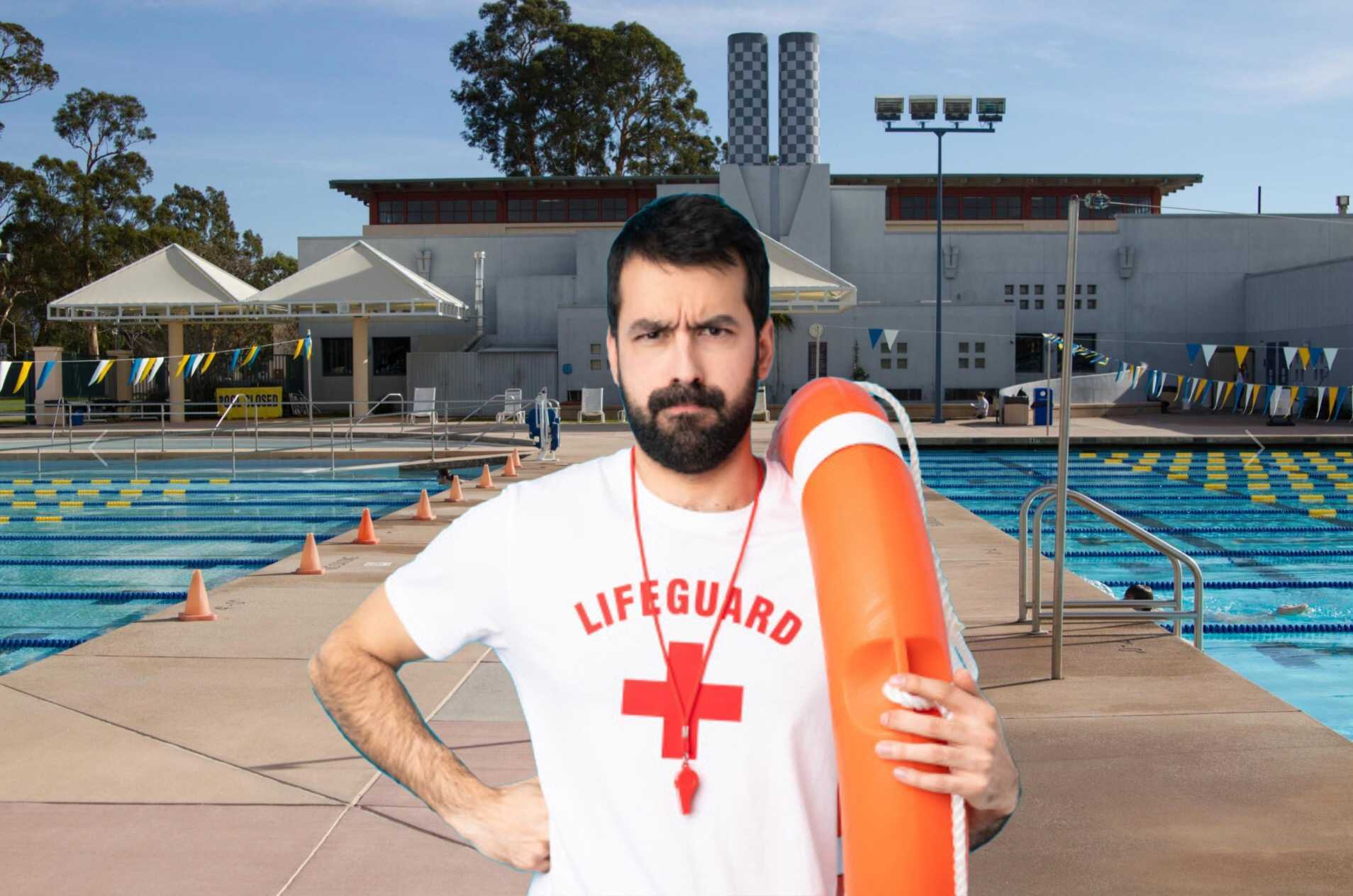 his quarter as the Recreation Center reopened; the lifeguards, however, aren’t so happy. After spending nearly a year and a half doing nothing, the lifeguards of UCSB are positively perturbed at the prospect of having to continue to do nothing, but in a more professional capacity.

“Yea it’s pretty annoying, to be honest. I was really liking how we were doing things during the pandemic,” the Rec Cen’s lead lifeguard stated. “Once we realized we were in it for the long haul, we had IT set up web cameras on the lifeguard towers so we could watch the pool remotely.” To date, no lifeguard has reported anything happening on these remote sessions, with the exception of one catching Chancellor Henry Yang skinny dipping in the moonlight.

Reports from students indicate that some of the lifeguards have had a hard time re-adjusting to the real world. One such report documented a lifeguard diving headfirst into the water to “save” two students simply engaging in some pool-time horseplay. When later questioned as to why the lifeguard had such an extreme reaction to this, they stared blankly at the horizon and muttered, “It’s been so long, I … I-I forgot what drowning looks like … I’ve forgotten my purpose.”

Other lifeguards are just plain irritated with coming back to work. One student (who asked to remain anonymous) alleged that a lifeguard was unwilling to save them while they drowned. He claims that as he started to lose consciousness, the lifeguard let out a big sigh and opted to use the pool ladder rather than dive in. This student also stated that the lifeguard just slapped his back a couple of times instead of performing mouth-to-mouth resuscitation. “I’m not a goddamned wine bag!” exclaimed the water-logged Gaucho.

As spring slowly turns to Summer, more and more students will be looking to use the pool at the Rec Cen, with no regard to how the lifeguards feel. Unless you’re a decent swimmer, I recommend making like Lady Gaga and staying in the shallows for the near future.

Roberto Gutierrez is only 60% sure he knows how to swim.