The Daily Nexus
Sports
Top Two in Conference Spilt the First Two of the Series
May 12, 2021 at 7:38 pm by Garret Harcourt 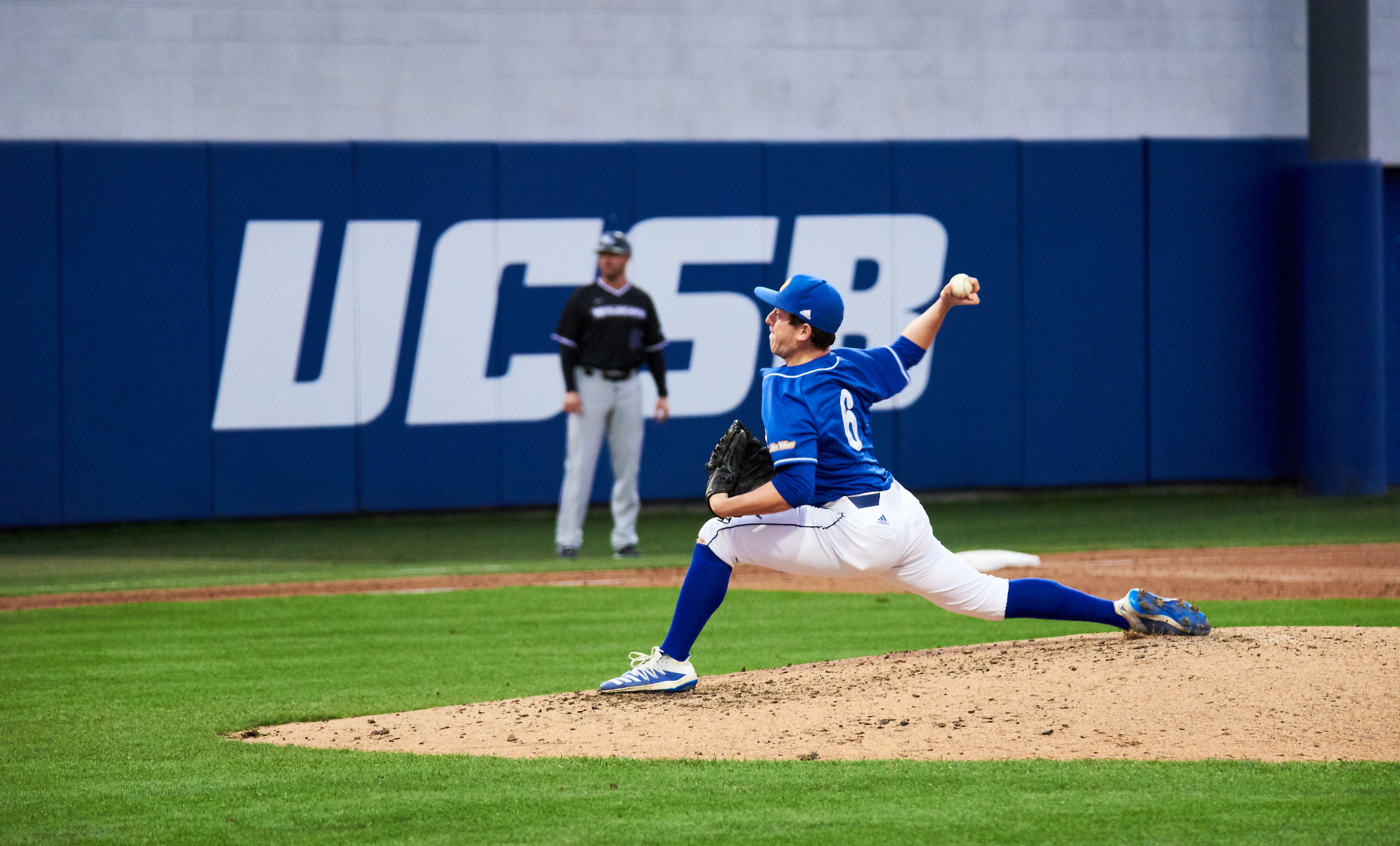 Record following Games One and Two:

This game featured a couple of substantial comebacks for the Gauchos. Starting in the first inning, the Anteaters jumped on starting pitcher Michael McGreevy. The scoring came via a double and a sacrifice fly, putting UC Irvine up 3-0 after the top of the first. In the bottom of the first the Gauchos responded with a catcher miscue leading to a run, and a Zach Rodriguez RBI single. Going into the top of the third inning, the Gauchos ran into more trouble with the Anteaters getting 2 more runs off an RBI double. Once again, going into the bottom of the third, the Gauchos trailed by 3, but responded with a 2 spot in the third inning and a run in the fourth inning, tying the game up 5-5. Cole Cummings scored the last run of the ballgame with a solo shot in the bottom of the sixth inning. From that point on, the Gauchos’ pitching held down the lead, going on to win 6-5.

Game One by the Numbers:

Short of a triple…

Third baseman Cole Cummings was a triple away from cycle hitting, along with three runs scored and an RBI on the night.

Not your typical start…

The sure-handed right-hander Michael McGreevy got roughed up on the night by the Anteaters, allowing 5 runs and  3 earned across just 4.1 innings pitched.

Not the best fielding day…

For the top two teams in the conference, this wasn’t the best fielding day for either team, with the Gauchos committing 2 errors, while the Anteaters committed a whopping 4 errors.

Game Two by the Numbers:

The Gauchos really had a tough time hitting the ball in game two, managing only 8 hits, striking out 12 times, and leaving 8 runners on base.

In just his fourth conference game of the season, McClain O’Connor had an excellent game, going 2-2 with a pair of doubles and an RBI.

Talk about a tough loss…

Starter Rodney Boone didn’t get much run support on the day, which led to his third loss of the season, even though he went 7 shutout innings before giving up 2 runs in the eighth inning.

The teams split the first two games of the series, so once again, these teams will battle through  these next two games to figure out if the Gauchos will overtake the Anteaters, the Anteaters will stay atop the conference, or if they will extend their lead on the Gauchos.