The Daily Nexus endorses Shannon Sweeney, a third-year environmental studies and sociology major running with the Isla Vista Party, as the next External Vice President for Local Affairs. 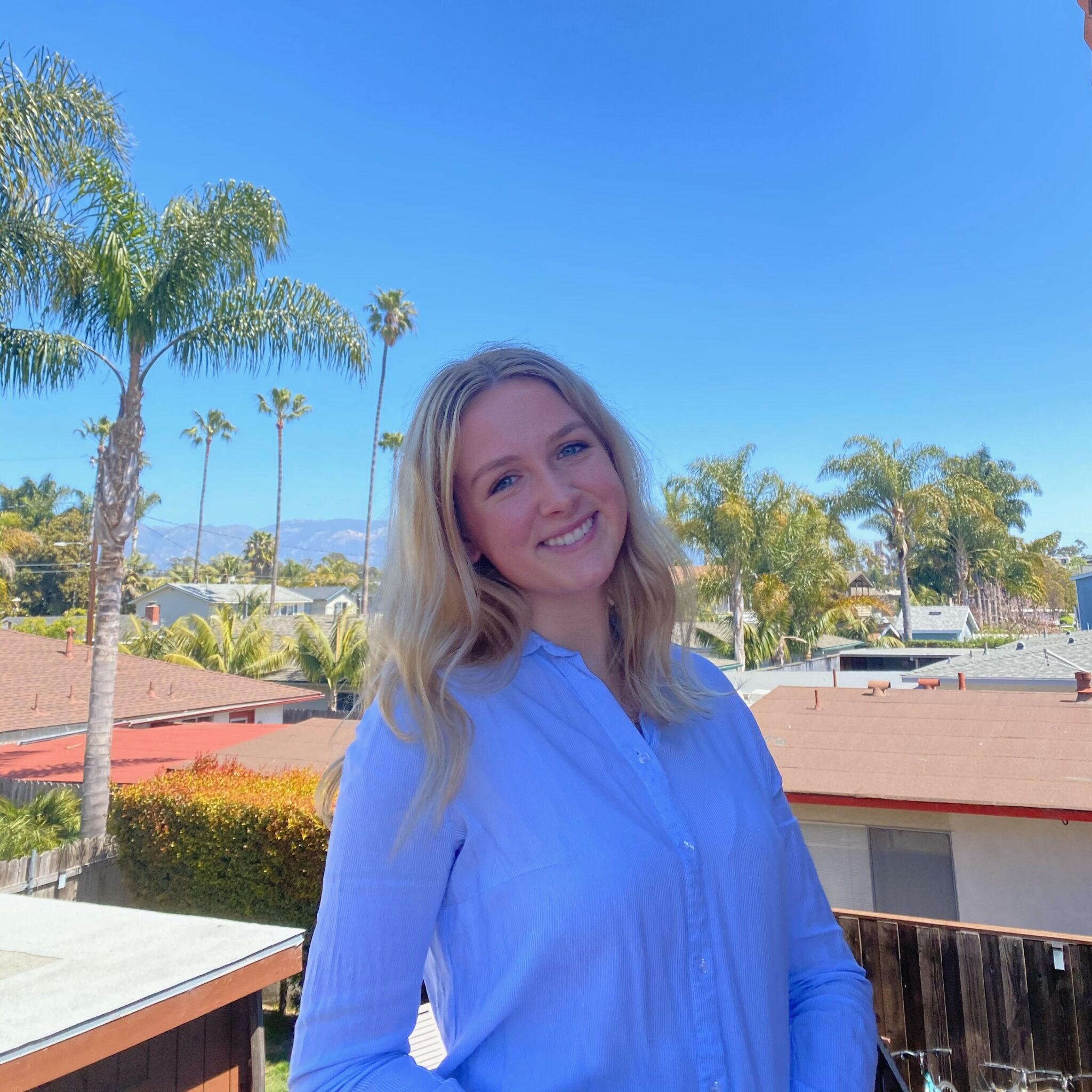 If elected, Sweeney said she would prioritize students’ basic needs while working with the community to bring back Isla Vista open markets and showcase local talent. Courtesy of Shannon Sweeney

Sweeney’s three years of experience within the office — first as an Pearman Fellow in the office during her freshman year and then as the office’s chief of staff during her sophomore and junior years —  and her deep roots in the Isla Vista community make her the obvious choice for the position.

For the position of External Vice President for Local Affairs (EVPLA), which serves as a liaison between UC Santa Barbara and the local Isla Vista community, a firm grasp on local issues and tangible solutions are imperative. Sweeney believes her experience gives her just that, and the Nexus concurs.

“I do things out of love for the community. That’s why I like doing the work I do, because I’m passionate about it,” Sweeney said. “I have gotten to know the I.V. CSD, [County Supervisor] Joan Hartmann, the stakeholders in Isla Vista — I’ve worked alongside with them. I’ve established my community relations.”

If elected, Sweeney said she would prioritize students’ basic needs — including reopening the Pardall Center and working with the university to ensure students have housing options next year — while working with the community to bring back Isla Vista open markets and showcase local talent.

In addition, Sweeney plans to advocate for tenants’ rights in I.V. by documenting rent increases and encouraging the expansion of the Restorative Justice Program to clear Minor in Possession (MIP) and public intoxication citations from I.V. residents’ records for free.

From her three years of work in the EVPLA office, Sweeney said she has a good understanding of “what things are realistic to be done in a one-year term, and what needs to be continued over.” Sweeney plans to continue current EVPLA Yasamin Salari’s work with the A.S. Food Bank in I.V., with the help of the I.V. Food Co-op, and address the issue of mold alleviation in I.V. homes by compiling a detailed report to present to the Santa Barbara Board of Supervisors.

Sweeney, who also serves on the A.S. Pardall Governance Board, spoke to her experience advocating for students during remote instruction, including managing student quarantine housing with the Isla Vista Tenants Union, working to provide students with COVID-19 data on EVPLA social media and holding socially-distanced events for students living in I.V., like passing out pumpkins on Halloween.

“COVID has affected so many things —  students’ mental health, their physical health and well-being, their housing, their food security needs,” Sweeney said, adding that she’ll make it a priority to ensure students are receiving up-to-date news on COVID-19 testing, quarantine housing and vaccinations.

Sweeney’s opponent, Anahita Jafary, is a third-year transfer student and communication major running with Storke Party. Jafary has experience in student government both as her community college’s ICC Associated Student President and in UCSB’s A.S. President’s office as the transfer student coordinator this past year. The Nexus felt, however, that many of Jafary’s interview answers lacked clear insight about I.V.’s local government structure and what students’ greatest needs are during this time.

Jafary’s platform points include facilitating better relationships between the community and the Isla Vista Foot Patrol, providing basic needs resources to students, communicating with I.V. landlords about safety and rent relief, and spreading awareness about existing community and school resources.

Having lived in I.V. for only a year, Jafary believes that her position as an outsider can bring in a perspective from “not only my college campus and student governments at other schools, but the other campuses and out of state campuses,” limiting what she referred to as the “tunnel vision” that can come from serving within only one office.

The Nexus disagrees with Jafary’s assessment. During her endorsement interview, she spoke about ideas and events more applicable to her previous college than to UCSB.

Jafary — who trained in the Explorer Lieutenant program of the Irvine Police Department before transferring to UCSB — emphasized facilitating working relationships and greater communication between the police and UCSB students.

She said that throughout her time in Isla Vista, she has seen residents who “encourage the I.V. Foot Patrol to constantly be patrolling our streets,” although she’s also noticed “people who do not appreciate in any way the cops and they just kind of want no law enforcement around in general.” Jafary said she has seen both perspectives and feels virtual town hall meetings and events like coffee with an officer could create mutual understanding.

Contrary to Jafary, Sweeney is “not a big fan” of events like Coffee with a Cop or Pizza With the Police — where community members can discuss local issues with law enforcement one-on-one — which she feels “just aren’t what students want right now.”

Sweeney acknowledged that she was “speaking from a place of privilege” but said throughout her interview that she would foster the expansion of the Restorative Justice Program—which currently includes citations for consuming alcohol in public, having an open container and playing loud music outside of curfew hours. She also plans to advocate for the expansion of the Public Safety Commission to decrease police presence, especially from out-of-town officers, at large events like Deltopia.

“There’s no denying [that] policing does not affect everyone the same way,” she said.

“That’s why it’s something I’m really passionate about — removing citations — because certain students are targeted by the police. And so if they received these citations…and if they can’t afford to pay a $300 fee for the MIP they got, I want them to be able to have the opportunity [to clear the citation] not be taken away from them.”

When asked about outreach, Jafary emphasized social media as her major engagement tool throughout the interview and said that, if elected, she would facilitate virtual town halls to reach marginalized communities and utilize social media pages to keep students up to date on the work of the EVPLA office. While social media is a valuable resource, the Nexus believes that since the pandemic interrupted next year’s sophomores and juniors from experiencing campus life, community outreach must extend far beyond infographics and social media.

When asked how she would address instances of sexual assault and partying during COVID-19 within Greek life, Jafary said that she would work to further understanding between members of Greek life and the greater community and to make more UCSB students aware of Greek organizations’ work with nonprofits. Jafary’s own sorority works to support victims of domestic abuse.

“I definitely want to work as your EVPLA to break that bias and allow the community to get a better understanding of people in Greek life in sororities and fraternities and mend that relationship,” she said.

Sweeney, by contrast, said that she felt the issues of sexual assault and partying during the COVID-19 pandemic should be brought directly to the Office of Student Life, and said the offending student organizations should be held accountable. She believes more work needs to be done to appropriately address the “mass gatherings and super-spreader events” thrown by members of the Greek community.

Throughout Sweeney’s interview, it was clear that her experience within the office of EVPLA and at UCSB shaped her into an extremely competent and qualified candidate — but where she really shines, in contrast to Jafary, is her understanding of and love for the Isla Vista community.