The Daily Nexus
Sign of the Times
Asian Americans Should Not Be Silenced
April 14, 2021 at 9:00 am by Sophia Lovell 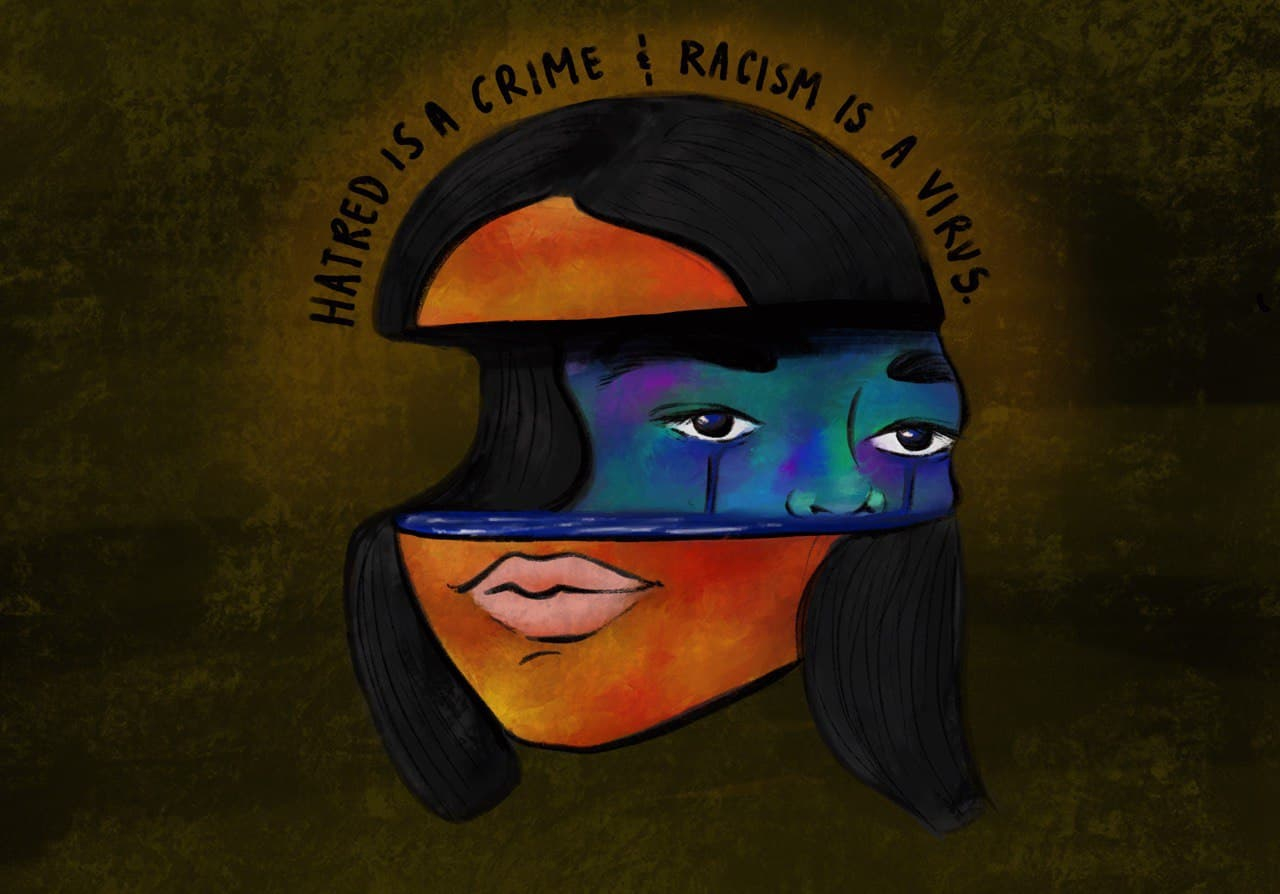 Beginning with the COVID-19 pandemic’s rise in the United States back in March 2020, xenophobia and racism towards Asian Americans has ramped up. The attitude held by the then administration and President Donald Trump’s racist rhetoric when speaking about the virus, through terms like “China Virus” and “Kung Flu,” only served as a catalyst. Throughout the nation, Asian American hate crimes have risen uncontrollably. Stop Asian American Pacific Islander Hate recorded 2,808 hate crimes in the United States from the beginning of the pandemic through the end of 2020. Although overall hate crimes decreased, the Asian American community faced a rise of nearly 150% from 2019 to 2020.

The shift in tone towards the Asian American community has become overwhelmingly apparent. My friends have shared their experiences with me: dirty looks in the grocery store, mumbling under breath, even seeing people who seemed genuinely scared to be around them. It seemed as though the community had taken the blame for the entire virus, and these instances have carried on far too long.

Recently, the public’s attention has been turned towards this issue because of security footage released in early February, where an 84-year-old Thai man, Vicha Ratanapakdee was pushed to the ground in San Francisco. Ratanapakdee suffered hemorrhaging to the brain and died soon after the attack. A week prior, Oakland’s Chinatown suffered three consecutive attacks where a man shoved three Asian American people to the ground.

Although these more recent disasters have caused an uproar, with nearly 3,000 reports of anti-Asian motivated crimes last year, why was it not publicized in the media? The increase in attention on this issue has largely been brought about by social media — namely TikTok and the use of other celebrity platforms. Major news sites, however, have taken a backseat in this discussion.

This need to be the voiceless, compliant citizen has led to Asian American individuals who have endured hate-motivated attacks to often not report the incidents.

Founder of Rise Now, Amanda Nguyen, posted a video on Instagram, speaking up on the upsurge in Asian American hate crime, which created a chain effect throughout social media. TikTok became a place where teens have been posting information about recent attacks and bringing attention to the situations. Actors Daniel Dae Kim and Daniel Wu offered a $25,000 reward for anyone with information about the attack on a 91-year-old man, one of the victims of the Chinatown assault.

Asian Americans have historically had a hard time “proving racism” endured within the community. The model minority myth has backed this theory that Asian Americans face less hardship and has instilled the need to be obedient, silent subjects of society. Meanwhile, this couldn’t be further from the truth of the Asian American experience. Dating back to the Chinese Exclusion Act, and the birth of the “yellow peril,” Asian Americans have been colored as the eternal foreigner.

This has led Asian Americans to be one of the groups with the highest likelyhood of suicide and depression, and yet the least likely to reach out for help. Asian Americans have been suffering in poverty during the pandemic, as a group who has had to close many doors to small businesses. This need to be the voiceless, compliant citizen has led to Asian American individuals who have endured hate-motivated attacks to often not report the incidents. One of the women who was pushed for example, suffered a gash to the head from her fall, requiring stitches. Her son stated, “she was trying to hide it … she doesn’t want any trouble.”

The Asian American community need not be silenced any longer. I am glad that the media has taken some responsibility and made the recent attacks known. But, there is more that needs to be done. It cannot go on like this, Asian Americans should not be fearful to leave their homes, or go out in public alone. We must call on our elected officials to make change, because this is a systemic issue, not just a personal one.

An enigma though: at least in the Bay Area, many of the suspects caught on video were people of color.