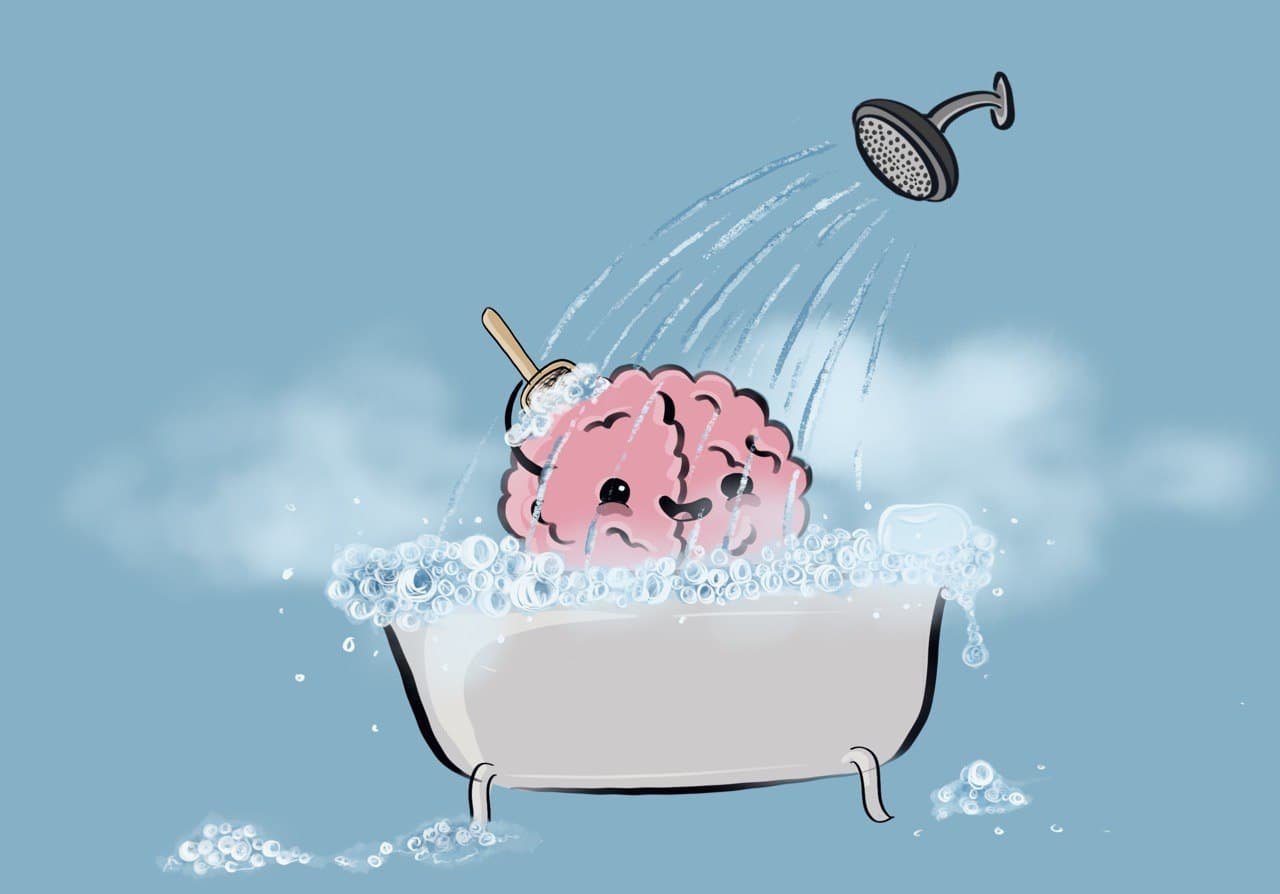 Shower thoughts — the stroke of genius between shampoo and conditioner. They give us the confidence to believe we still have a brain.

In a world in which everything seems to have already been thought of and composed, we reserve the title of “creator” for artists, inventors and a select group of YouTubers. Imagination belongs only to kids and the few lucky “Imagineers” at Disney. And yet, somehow, the rest of us are still convinced we are meaningful members of society.

What has become of our creativity?

I desperately want to hold onto my imagination — I won’t let the societal constructs of adulthood take it away from me. But when am I given the chance to use my creativity when I am shuffled from class to class and from work to bed? In those small moments that we have — standing next to strangers, sitting in the Zoom waiting room or in the awkward silence when our breakout room conversation dies out — we avert our attention to our phone screens. We trade our own thought processes for mindless scrolling through pictures on Instagram that we have already seen. Rather than make small talk with another person several feet away or continue to gaze off into the distance, we “busy” ourselves.

And at the end of each week, we are reminded of how we spent our time — all thanks to the iPhone screen time report. You’re up 33% from last week. Taunting. You spent 8 hours and 9 minutes on Messages this week. Eight hours? On Messages? Do I really have that many people to talk to? I only recall texting my family and asking my roommate if they’re ready to grab dinner. Doctors suggest that this is to be expected, that people want to remain connected. But how “connected” are we with other people? As soon as class ends, I click the red “leave meeting” button, watch the light of the webcam turn off and feel the smile plastered on my face fall.

But there is at least one time in the day when we are absent from the attention of others. The often-warm, comforting environment of the shower allows the brain to be at ease. The monotonous and typical routine of showering gives us space to “think outside the box.” And thus birthed the “shower thought.”

Some of our generation’s greatest inventors find the time they spend in the shower to be some of their most valuable. Shigeru Miyamoto of Nintendo discovered that long baths helped him decompress when there was pressure to come up with a new game, eventually leading to the inspiration for Donkey Kong, and later, Mario.

If a shower takes away all the demands and distractions of the internet, is this what our natural thought process looks like? Without the internet, could we become a more thoughtful society? Perhaps this is why many of the world’s most well-known philosophers came from a civilization with few distractions: Ancient Greece. The ancient Athens city-state did not have a lot of productive farmland and instead focused on building an education system and philosophical thought. As a result, European philosophers came to study in Athens. In short, without extraneous strain besides from obtaining basic needs, they had time to think.

In fact, running water and the first concept of a shower were conceived by the early Greeks. Coincidence? I think not.

If shower thoughts exist to tell us that we still have the capacity for our own imaginations, without being constantly bombarded by the looming omnipresence of social media and the internet, then maybe creativity isn’t dead.

Creativity is not an immeasurable sum in this equation. A 2012 fMRI study of freestyle rap published by Nature identified how creativity displays as a brain function. When artists freely rapped, parts of the brain involved in executive function were relaxed, allowing a stream of unblocked attention to be dedicated solely to the artist’s work. In other words, the areas of the brain used to make logical decisions were more inactive. Further aiding this unblocked consciousness, and specifically from the environment of a shower, is dopamine. Research suggests that the more dopamine released, the greater the creative flow.

But, we cannot give up the internet. And we most certainly should not waste water by taking a shower every time we need a creative boost. Nevertheless, it’s still worth it to consider what we do with our time and our thoughts. Plus, with each new opportunity for a creative thought process, there is one fewer TikTok earworm in your head.

Maya Salem did, in fact, conceive the premise of this article in the shower, sometime between shampooing and furiously rinsing soap from her eyes.