The Daily Nexus
The Daily Stench
National Guard Calls in CSOs For Inauguration Security
January 20, 2021 at 4:20 am by Max Myszkowski 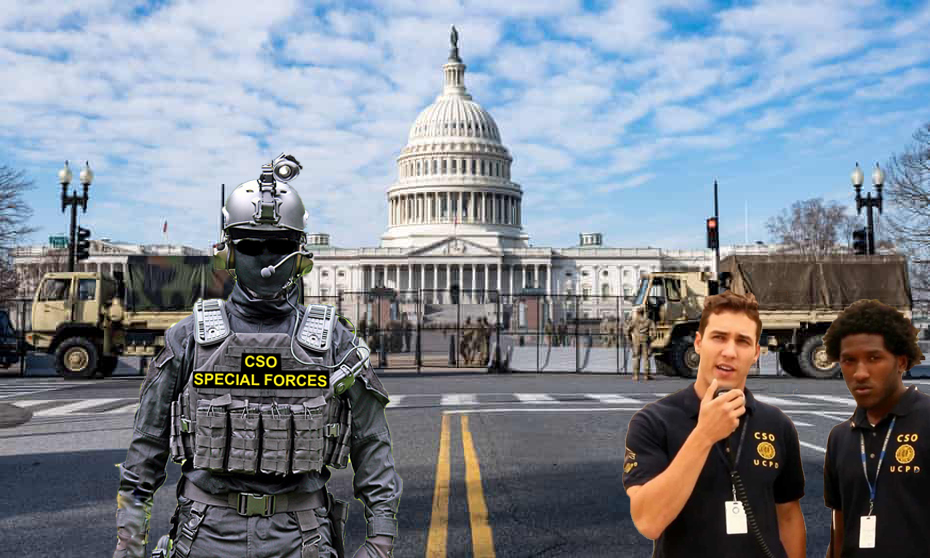 WASHINGTON –– Following the violent insurrection at the U.S. Capitol, extensive security measures have been planned for the inauguration proceedings this Wednesday. Chief among these is the choice by Washington mayor, Muriel Bowser, to deploy one of the most selective, tactical black ops teams this country has to offer: UCSB’s own campus security officers.

“We do not make the choice to deploy these highly trained, campus-protecting supersoldiers lightly,” said mayor Bowser. “In fact, my choice to call in this heavy artillery was only spurred by the monumental failure of the National Guard at the Capitol Insurrection –– in all truthfulness, we had no choice but to play the ace up our sleeve.”

“As always, the CSOs are authorized to use lethal force if necessary.”

The choice to deploy CSO tactical squadrons for the upcoming inauguration has not been met without backlash, however. Some students claim the CSO system protects bad actors, and even punishes those that speak out against corrupt practices within the organization.

“These CSOs … They’re not like you and I. For God’s sake, they’re barely human — monsters in the shape of men! You — you can’t control them! Don’t let your hubris get the better of you,” said one protester, who wished to remain anonymous for fear of retribution from a CSO black ops hit squad.

“They’ll stop at nothing to eliminate any and all threats to national — or campus — security. What happens when they decide you’re the threat, huh? If you think the CSOs are protecting us, you’re sorely mistak—” said another, cutting herself off mid-sentence as a red laser dot appeared on her forehead.

CSO squadrons are expected to arrive (by bicycle) to the inauguration site this Wednesday. Attendees of the event will be offered complimentary bike repossessions and CSO-accompanied walks home for the remainder of the week.

Max Myszkowski is now in hiding.