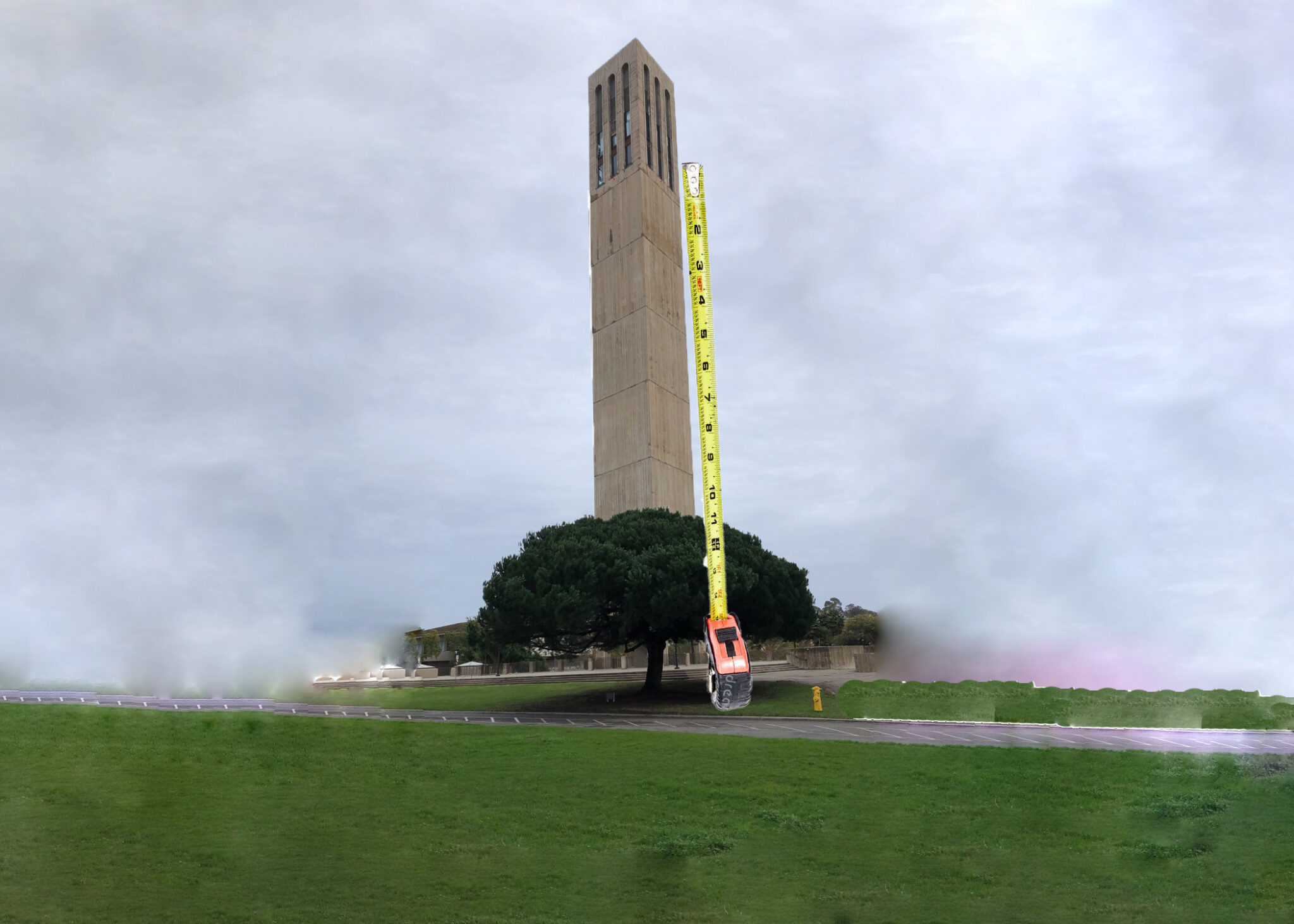 STORKE PLAZA –– With vaccination programs now entering phase 1.A.b.β-§-2.0, the COVID-19 vaccine has now been made available for essential workers, healthcare providers and — more notably — phallic architectural symbols. Markedly happy to hear about this development was our very own beige, rectangular phallus, Storke Tower –– who, upon inoculation, reportedly grew an extra three inches due to a rare side effect of the vaccine!

“The lengthening effect was witnessed almost immediately,” said the Student Health nurse who administered Storke the vaccine. “As was a slight increase in girth, though those effects have yet to be studied in a double-blind experiment.”

“All we can say for certain is that the vaccine will make your pp big,” said Student Health administrators in a memo released earlier this afternoon. “In what direction, we cannot say –– but most of you aren’t really in a position to be picky about this, are you?”

When news of Storke’s miraculous growth spurt hit the student body, peen-possessing persons crowded around the tower to get a better look at the anomalous side effect they were hoping would bless their nether regions as well.

Essential campus workers reportedly felt the earth-shaking effects of the tower’s post-vaccination swelling from as far as campus point. Architectural experts in the engineering department confirmed long-held suspicions today that Storke was, in fact, a grower –– not a shower as previously expected.

“Due to the tower’s impressive 175’ stature, it was hypothesized the tower had little room for growth. That hypothesis was firmly disproven today,” said engineering professor Annie Rexion.

While Storke’s success story has inspired thousands to acquire the vaccine as soon as they possibly can, officials have reminded students that a number of other side effects may also occur, including but not limited to: dump-truck ass syndrome, galaxy brain disorder and Awooga’s double bazonga-itus.

Max Myszkowski is getting vaccinated at least twice