The Daily Nexus
News
1,000 Undergraduate Students Set To Move Into University-Owned Apartments This Weekend
January 13, 2021 at 8:43 pm by Alice Zhang 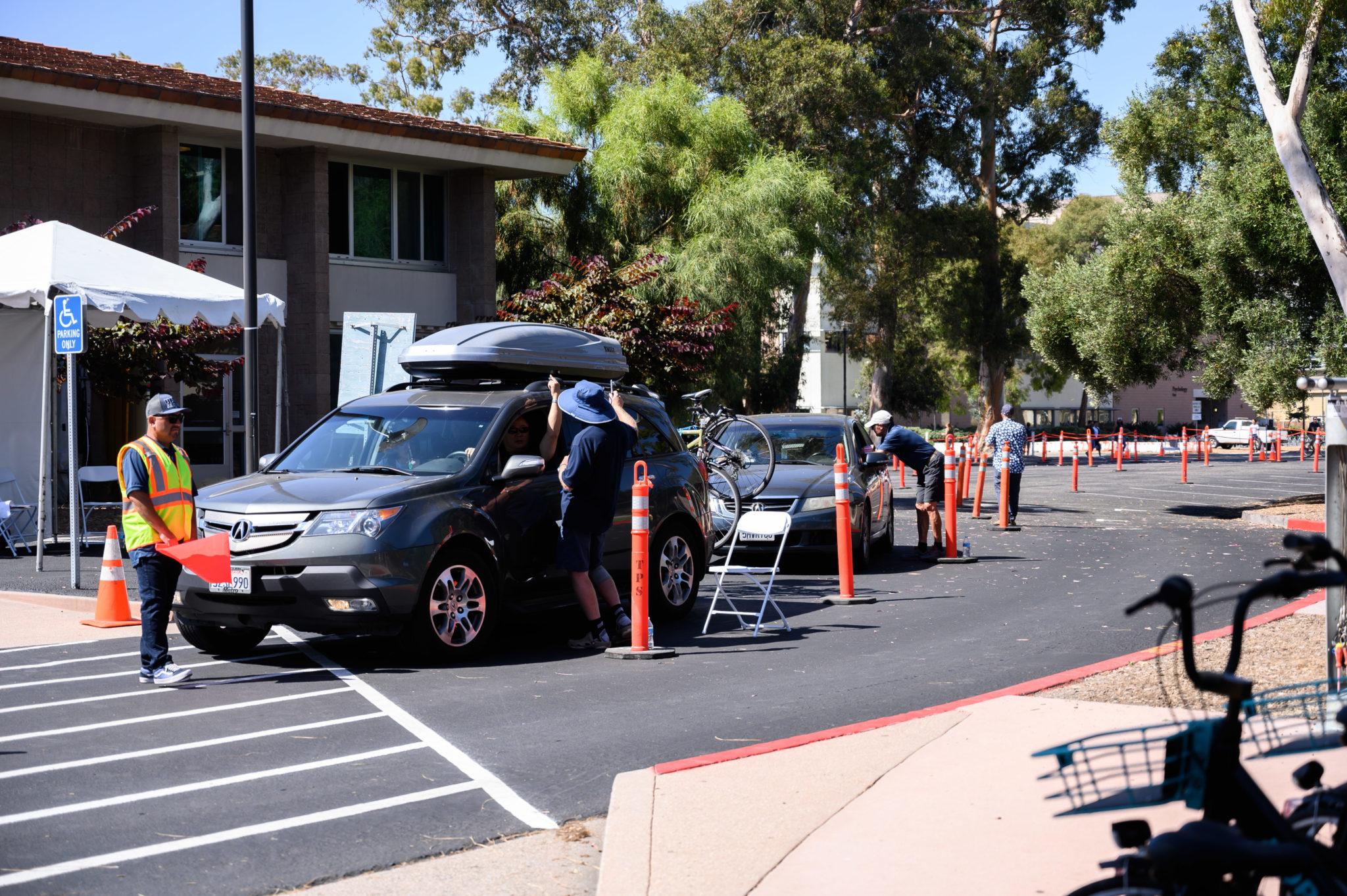 Unlike in years past, only 10 to 20 students will move in per hour to adhere to COVID-19 social distancing guidelines. Max Abrams / Daily Nexus

Students with housing contracts — on top of the 1,400 undergraduate and graduate students with special circumstances who have been living on campus since Fall Quarter 2020 — will be moving into undergraduate apartments between Jan. 15-18, according to Jill Hurd, director of UCSB Residential & Community Living.

Only 10 to 20 students will move in per hour to adhere to COVID-19 social distancing guidelines, Hurd said. Additionally, all new students will be required to take a COVID-19 test upon arrival, sequester for one week and be re-tested at the end of the week, according to UCSB Housing, Dining & Auxiliary Enterprises. Residents will also be required to undergo weekly testing throughout the quarter.

The decision to reopen undergraduate apartments comes as the university hopes to begin reopening certain parts of campus life, such as greater offerings of in-person courses, which the university explained in a message from Chancellor Henry T. Yang in November.

“Our plan to offer more campus housing is a cautious but important step forward to address the needs of our students and to begin to resume campus life,” Yang said in the message.

As students return to university housing, Hurd said the university is taking precautions to prevent the spread of COVID-19, including altering rooming arrangements and sanitizing the rooms prior to move-in.

“Most of the rooms that students are moving into have been empty for months and do not need special sanitation,” Hurd said. “Those that have had students in them, even though they have sat vacant for a period longer than the virus can survive, they will be sanitized before new students move in.”

Each resident will either have their own private bathroom or will share it with one student, as opposed to rooming arrangements in a non-pandemic scenario in which many students would share a communal bathroom, according to Hurd.

Despite Santa Barbara being in the purple tier — the most restrictive COVID-19 safety tier — and under a months-long stay-at-home order, the university has offered reassurance to the campus community that extensive planning and mitigation efforts, such as mandated weekly testing and a no-guest policy, will ensure student and community health and safety.

Hurd said that in the event of another surge in on-campus cases, the university intends to consult with local health officials, state officials and UC-systemwide officials to address outbreaks.

New student residents, many of whom are first-year students who have never lived in the Santa Barbara area before, said that they are willing to take weekly COVID-19 tests and follow other precautions if it means being able to enjoy the in-person freshman experience.

“The biggest thing would be living away from parents for the first time, having to deal with roommates, being able to experience that life where you can schedule your own time,” Henry Dong, a first-year pre-biology major, said.

Despite the public health restrictions in place, students from out of town are eager to pursue the quintessential first-year exploration of Santa Barbara and Goleta..

“I’ve never been to Santa Barbara personally, and I never really spent a lot of time in Southern California,” said Andrew Gersch, a first-year philosophy major from Chico. “Being in a new place is really exciting, and I think that there are still ways that we can do that while being safe.”

Given the difficulty of making new friends online, Gersch said he is greatly anticipating the once-taken-for-granted virtues of in-person instruction, such as the ability to converse with others in between classes and to simply “have a normal interaction.”

Students like Mariah Moukbel, a second-year psychology and sociology double major who is returning to I.V., feel confident about the university’s planning efforts and preparedness in handling another potential spike in COVID-19 cases.

“I don’t think any students will be sent back home because we have a lot of facilities, different kinds of events and resources available,” Moukbel said. “And now that we have a better understanding of what [COVID-19] consists of, we are better able to have a better plan and outlook on things.”

The mandatory weekly testing, according to Dong, “turns off a lot of people who love to party, who are more likely to find an apartment in I.V. than sign a university contact,” and said it  reduces the risk of a potential surge in cases.

Dong remains wary of vague language within the housing contract, which he believes should be more specific to include more definite rules regarding what students are allowed to do once they arrive on campus.

“Everyone might assume that we can just go anywhere,” Dong said. “And I feel like a lot of students are going to take advantage of that.”

Smart move. Bring all that Covid from other places like LA County where 1 in 3 people have it. Don’t worry, the money UCSB will make is worth much more than the damage it will do to the community. Because these little animals are so selfish they can’t help themselves from staying safe at home and missing all the parties happening here spreading the virus anyway.