Effective tomorrow, Santa Barbara County will move back to the most restrictive reopening tier along with 94% of the state, Governor Gavin Newsom announced in a televised speech on Monday afternoon. 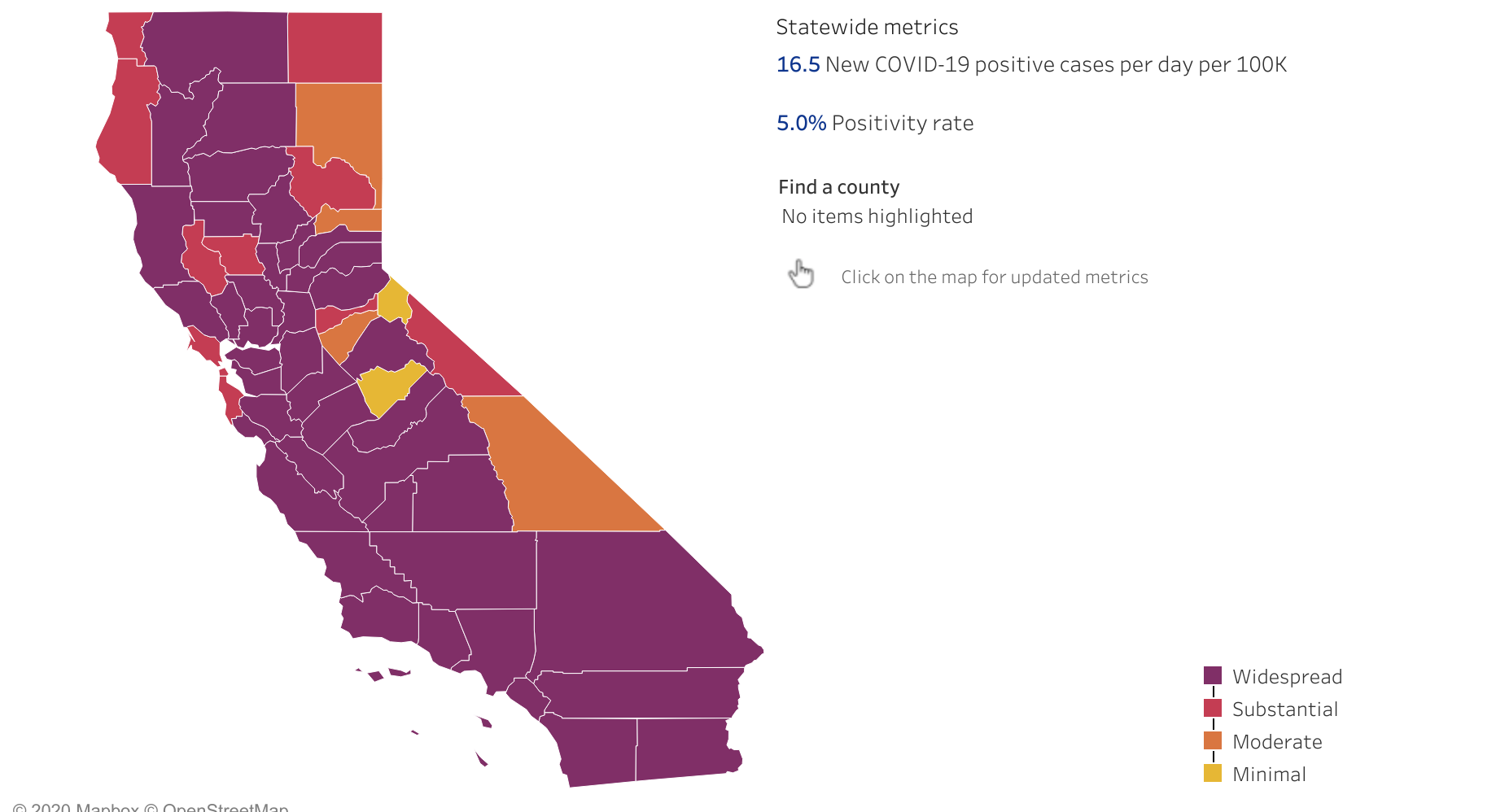 Starting Tuesday, 41 counties will be in the purple tier, including all of Southern California. Courtesy of the California Department of Public Health.

Prior to the announcement, 13 counties across the state were classified under the purple tier, which represents the most widespread risk level of COVID-19, under Newsom’s Blueprint for a Safer Economy.

Starting Tuesday, 41 counties will be in the purple tier, including all of Southern California.

Under this tier, many non-essential indoor business operations must close, including restaurants, churches, museums and gyms, according to the reopening guidelines. This is the first time Santa Barbara County has entered the purple tier since Sept. 30.

Prior to Newsom’s announcement, Santa Barbara County was in the red tier for having substantial risk, which allowed for non-essential businesses to open indoor operations with a limited capacity, according to the reopening guidelines.

Newsom said in the announcement that the move is “an emergency brake” in response to rising COVID-19 cases across the state. Recently, California became the second state to hit 1 million COVID-19 cases, and Newsom said that the number of new cases between Nov. 1 and Nov. 7 increased by 51.3%.

“This is simply the fastest increase that California has seen since the beginning of this pandemic,” Newsom said.

“Though we had hoped to stay in the red tier and shortly progress to a less restrictive tier, we understand that this direction will help with overall safety and further reduce the spread of the virus among our community members,” said Santa Barbara County Public Health Department Public Information Officer Jackie Ruiz in a statement to the Nexus.

Along with moving 28 counties back to the purple tier, Newsom also announced on Monday a tightening of mask regulations statewide, requiring that people wear face masks at all times outside their homes, save for a few exceptions, such as when people are outdoors and at least six feet apart.

Newsom said that the California Department of Public Health is also assessing whether or not to implement a statewide curfew. He said that the decision will be “data-based,” and that he is looking at studies worldwide on curfews as well as assessing examples of other states and cities across the U.S. that are currently implementing some form of curfew.

Nice job morons. Thanks daddy Yang for doing nothing.