Two UC Santa Barbara students are vying for the highest elected position in Associated Students in a Winter Quarter special elections after former president Daevionne Beasley resigned last quarter amidst a sexual assault allegation and petition to recall his position. 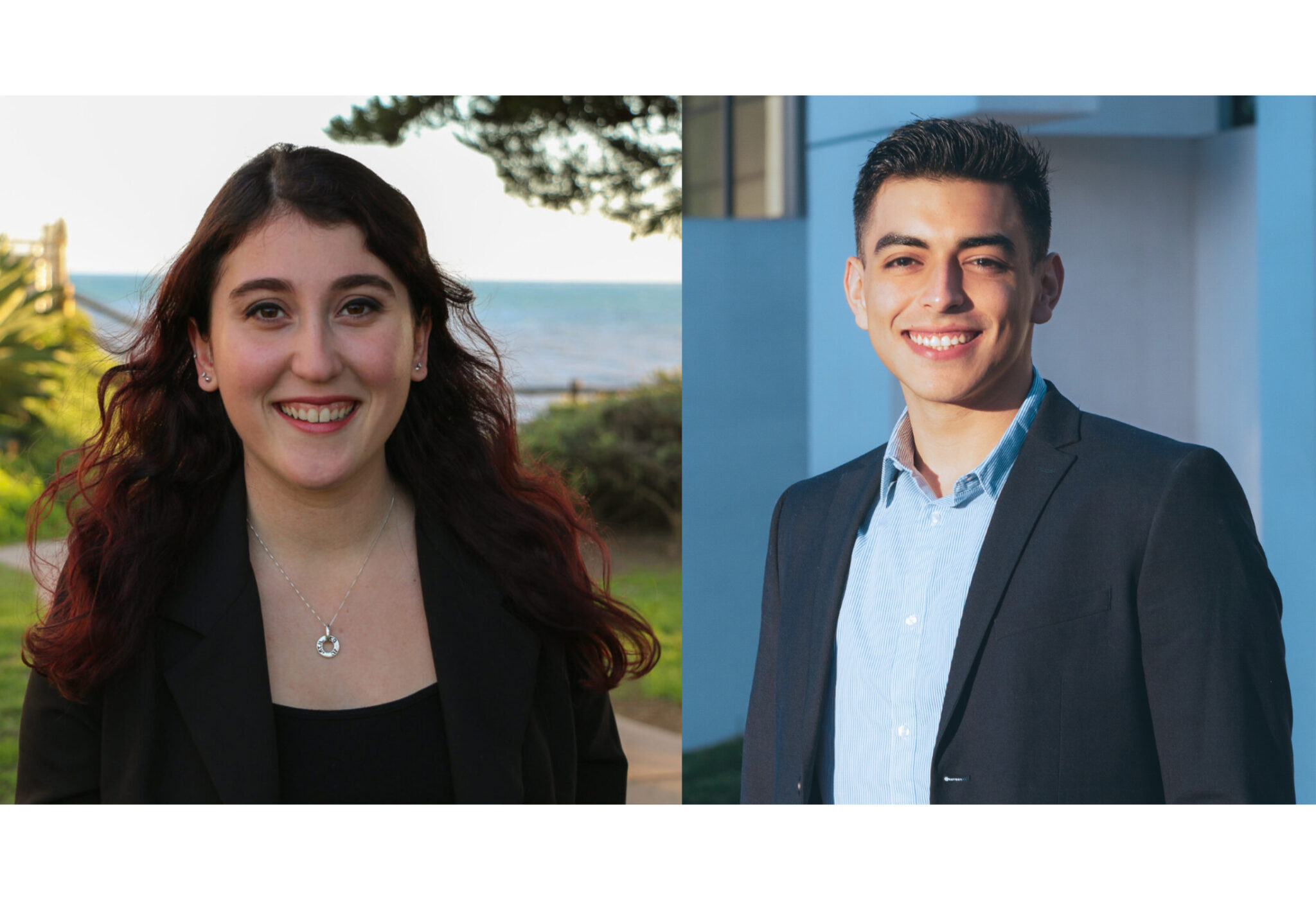 Carlos “Andy” Ruiz and Lea Toubian have declared candidacy for president to serve for the remainder of the 2020-21 academic year.

Carlos “Andy” Ruiz, a fourth-year sociology major, and Lea Toubian, a fourth-year political science and environmental science double major — both of whom have served for multiple years in Associated Students (A.S.) — have declared candidacy for president to serve for the remainder of the 2020-21 academic year. The election will be held from Monday, Jan. 11 at 8 a.m. to Thursday, Jan. 14 at 4 p.m., with results to be announced later that evening by A.S. Elections Board.

Similar to last quarter’s special election to elect a new Student Advocate General (SAG), all campaigning and voting will be done virtually due to the COVID-19 pandemic. The election will have a 4% voting threshold — the same as the SAG election — which means that approximately 930 undergraduate students must vote in order for the results to be valid.

Former A.S. President Daevionne Beasley was elected in the A.S. Spring 2020 General Election. Weeks after being elected, a student accused Bealsey of sexually assaulting them in 2018. Izzy Mitchell, now a third-year communications major, initiated a petition to recall Beasley that summer and A.S. Elections Board ratified the petition in Fall Quarter 2020. On the first day of voting in last quarter’s special election to recall Beasley, he announced his resignation.

Since Beasley’s resignation, Internal Vice President Tianna White has served as the interim president. If the voting threshold is met in next week’s election, a new president will be elected but will only be in office for only 15 weeks, compared to the usual year-round term.

Nine candidates initially declared candidacy for president in the beginning of December, but that number has whittled down to two, after third-year religious studies major Tyler Ferguson dropped out on Monday afternoon, according to A.S. Elections Board Chair Andrew Yan.

The A.S. president serves as an executive officer acting across all areas of A.S. The president is also expected to initiate special projects while in office, as well as complete ongoing projects started by previous presidents.

Both Toubian and Ruiz are running as independent candidates. Toubian served as an on-campus senator in the 2018-19 academic year after running with Campus United Party (CU). She ran again with CU in Spring Quarter 2020 for External Vice President for Local Affairs (EVPLA), but lost to current EVPLA Yasamin Salari. Ruiz previously ran for off-campus senator in Spring 2019 with the Isla Vista Party (IVP), but lost the election.

Besides his senate campaign, Ruiz is the current deputy chief of staff for the EVPLA office, and was the co-chair for the Student Commission on Racial Equity. If elected, Ruiz said his main priorities would be to expand COVID-19 testing sites on campus, reopen essential student services like the University Library, printing labs and the A.S. Pardall Center and support open-source textbook and digital course readers instead of traditional textbooks, according to a candidate summary on the A.S. Elections Board website.

Toubian is the only candidate to have held a position in the president’s office, where she has served as its chief of staff since June. She is also chair of the A.S. COVID-19 Task Force, and was previously the chief of staff for the A.S. Internal Vice President in the 2019-20 academic year, secretary for UCSB’s Campus Democrats from 2018 to 2019 and external director of A.S. Lobby Corps in 2018.

Voting for the Winter Quarter 2021 special election will take place on the A.S. Elections Board website. A voting page will open up on Jan. 11 at 8 a.m.