The Daily Nexus
Opinion
Argument in the Office: TikTok — Brainless or Brilliant?
December 24, 2020 at 1:05 pm by Rayanne Asuncion and Maiyan Pearl

Once upon a time, Instagram and Vine had a baby named TikTok. The epic app shows you hundreds of videos with all the content that you want to see, from twerk tutorials to super dark comedy skits. After watching a decent number of videos, you exit the app and reach a startling realization: It’s 3 a.m., and you have just spent two hours scrolling through TikTok. The worst part is that you can’t seem to recall a single TikTok that you have just watched.

TikTok, in every aspect of its design, is just one of the many social media apps that was created to keep you consistently engaged. The video feed is endless: No matter how many times you swipe, you will always be met with a new video. You can spend hours on the app without watching the same video twice. The “For You” page is a marvel, governed by a genius algorithm that documents your interests and shows you videos with corresponding content.

The app also has a peculiar feature. You look to the top of your phone screen, which usually shows the time of day, but realize that your clock is nowhere to be found. Curious, isn’t it? Well, this feature is purely strategic. Tech apps have been psychologically hacking our brains through light-up notifications and the infamous “like” button, so this phenomenon is no surprise. Tech paranoia is up after the release of a documentary on Netflix called “The Social Dilemma,” which questions technology ethics and the manipulative ways that our favorite apps use us to make money. Without a clock, users cannot tell how much time they’ve spent on the app unless they exit out of it, and by then it’s much too late. The TikTok rabbit hole is real.

With thousands of creators on TikTok rising to almost instantaneous fame for their videos, there are bound to be problematic people who become “celebrities.” Teenage drama plagues the app and has even caught the attention of mainstream media outlets. TikTok sweethearts Charli D’Amelio and Lil Huddy just broke up, sparking a huge media blow-up. Why is a fallen relationship between 16-year-olds suddenly the topic of conversation?

TikTok is the Regina George of social media, setting all kinds of trends for the Gen Z population, from fashion to cooking. But, like wearing shirts with nipple holes, some trends should not see the light of day; for instance, some of these unassuming trends can be dangerous, like the depiction of a dietary lifestyle that promotes disordered eating. Some TikTokers promote intermittent fasting for a bangin’ body aesthetic, but this can be damaging to the middle school kids that most likely watch their videos. Developing this attitude toward eating at a young age can contribute to a poor body image, low self esteem, a toxic relationship with food and fractured mental health. Why risk your health just to be trendy?

There is also talk of banning the app in the U.S., a topic of national conversation since August of this year. The app — created by the Chinese tech company ByteDance — aroused national security concerns, leading President Donald Trump to threaten to ban TikTok unless an American tech company has hands on the project. Oracle has since won the bid for TikTok, so the app is here to stay. But all of the drama is just frustrating, and who knows if our president will change his mind.

Call me a radical, but I deleted TikTok two months ago. I decided to liberate myself from the drama, frustration and downright addiction. At first, I felt completely devoid of life, but now I can actually get my work done without getting distracted by TikTok for hours at a time. Totally worth it.

Rayanne Asuncion has been enjoying her new free time by online shopping for things that she has no money for. 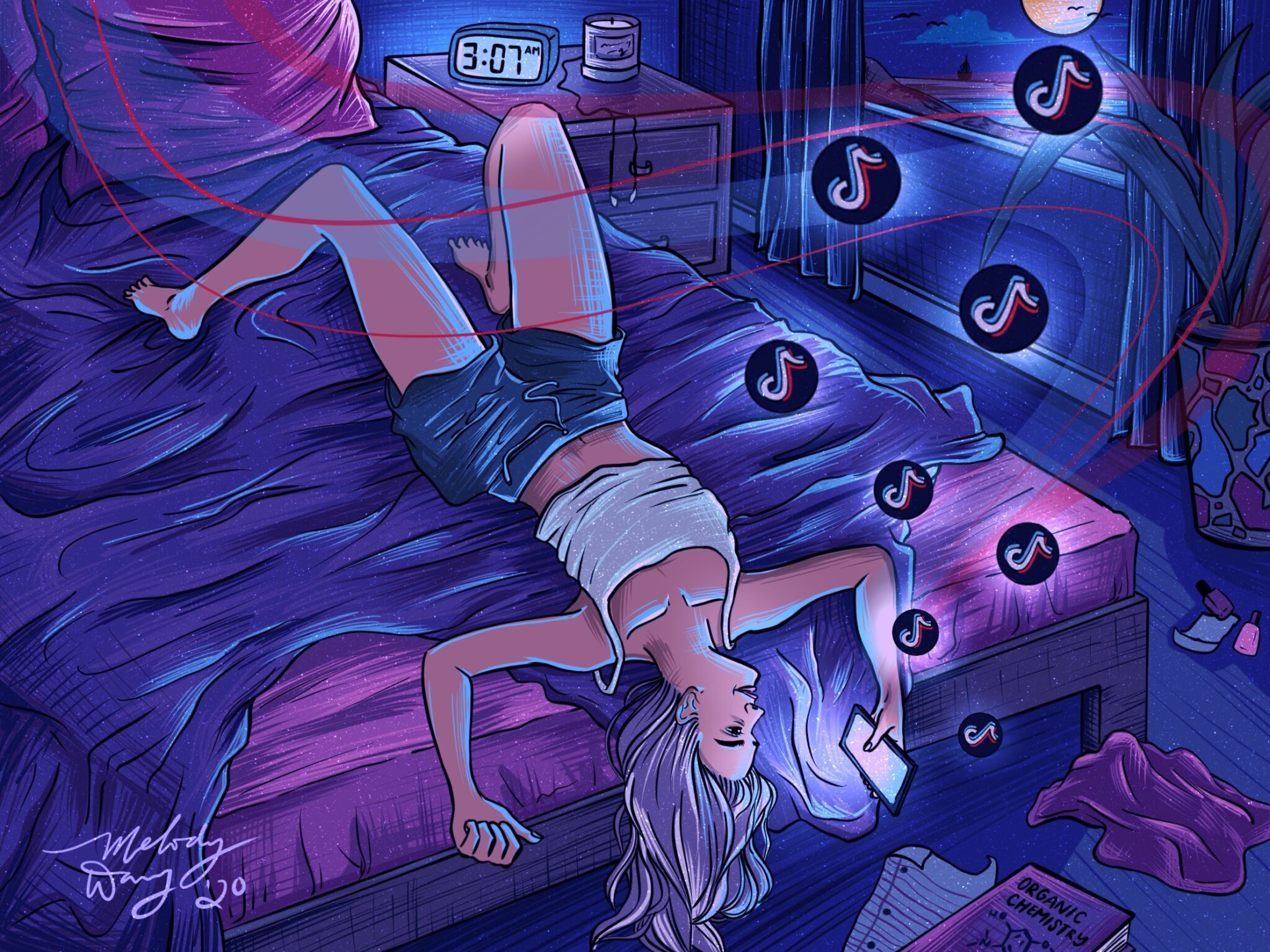 TikTok Is Not Just a Kesha Song

During quarantine, I decided to cave into the TikTok hype and finally downloaded the app. I was expecting to be bombarded with TikTok dances that I didn’t really have a taste for; but instead, my “For You” page was filled with food, fashion and funny videos that seriously made me laugh out loud. It was exactly what I needed to distract myself from all the chaos happening in the world. Today, I still have TikTok downloaded on my phone and I don’t see myself deleting it anytime soon. Honestly, I wouldn’t blame you if you didn’t either.

It’s safe to say that TikTok has officially become the most important music platform in 2020. So many artists today are catching their big breaks on TikTok, including Ant Saunders with his hit single “Yellow Hearts,” Arizona Zervas with “ROXANNE,” Lil Nas X with “Old Town Road” and so many others. TikTok is celebrating creators’ true talents; it has stopped placing so much weight on having the right connections or the right “image” in the music business. If you’re good, you’re good, period. It has also allowed musicians to come together during quarantine. By dueting with each other, singers can collaborate and sustain a music community, even if they are not in person.

More than anything, TikTok is a platform to form connections. I see videos all the time with the caption “let’s hang out in (insert blank)” that receive millions of replies from individuals who want to join in. Just this past summer, I was in San Francisco and I used TikTok religiously to find cool shit to do around the city (for instance, I found a community of people who go and dance at parks around the city — silent disco style). I had so many recommendations for restaurants that were open for dine in and I got inspiration for cute date ideas.

Not to mention, there is always the chance that you could become famous. Just this past summer, one of my best friends started her “van life” TikTok and it now has 268,500 followers. This has led to sponsorships, brand deals and so many other opportunities. She has met other people on TikTok who are a part of the van-life community and now receives advice and tips on how to revamp her van. It is a very real possibility that something that started out as a side hustle could actually become a full-on career for her.

There is so much content on the app that you are bound to find something that you like; I mainly use the platform to learn. I have found cool new recipes, fashion tips, photo pose suggestions, travel tips, finance tips and resume and interview advice … it’s endless. Something I just learned is that you can see all the videos you’ve ever liked; just click the “me” icon and then under “tap to add to bio,” click the “heart” icon (thank me later).

TikTok’s platform gives people the ability to create an impact on society. It allows people to be affected by content, learn hobbies and educate themselves on topics stemming from how to cook to U.S. politics. Even better, people have the ability to fact check and call out misinformation in the comments section. TikTok enables individuals to connect with one another, meet new people and gain new perspectives. It provides people with career opportunities through sponsorship deals and its new Creator Fund. As long as you manage your time well, you should have no problem keeping the app.

Maiyan Pearl still uses the app to send funny videos to friends and is currently trying to learn how to make Tik Toks.