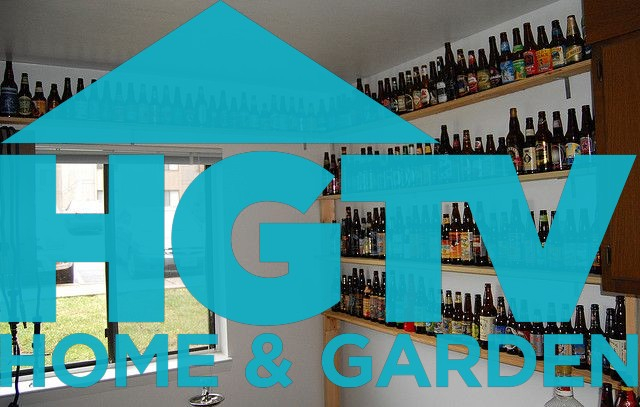 After prominently displaying all his empty alcohol bottles in the window of his oceanside DP upstairs unit, third-year Gaucho Al Ka’alic has landed a profitable interior design deal with HGTV.

Yesterday, Nexustentialism traveled to the festering streets of DP to interview the lucky new millionaire. “I’m honestly feelin’ straight blessed right now. Just yesterday, I was cruisin’ the streets of Sabado barefoot looking for used Puff Bars people dropped. Now, I’m moving to LA to film the next season of ‘Property Brothers.’” It is worth noting that during the entire interview, Mr. Ka’alic had his mask on under his nose.

HGTV is an American television channel that focuses on real estate and home improvement. And what better way to improve your home than to install 13 empty New Amsterdam bottles in the front-facing window of your home, backlit by purple LED lights?

We stayed with Mr. Ka’alic (now verified on Instagram and Twitter) as he packed up his I.V. house and prepared for his big move to Los Angeles the next morning. He rolled up the “No Half Sends” banner hanging off his balcony, took apart his die table into portable pieces and gathered his empty alcohol bottles. “I think these three decorations will add a modern eclectic touch to the White House, which I plan on redesigning next month,” he explained.

The next morning, Al packed the rest of his belongings into his “backpack” (we use the term loosely here — it was actually just an empty wine bag filled with personal items), and boarded a private helicopter to LA.

When asked how specifically he will be featured on the show, Al revealed that he is in fact taking the place of the second Property Brother and will be hosting the show himself. “Yeah, it’s a cutthroat industry. That’s tough for [the second Property Brother]. They say blood runs thicker than water, but peach New Amsterdam runs thicker than them all.”

Raana Naghieh admits she has an empty alcohol bottle display in her home.