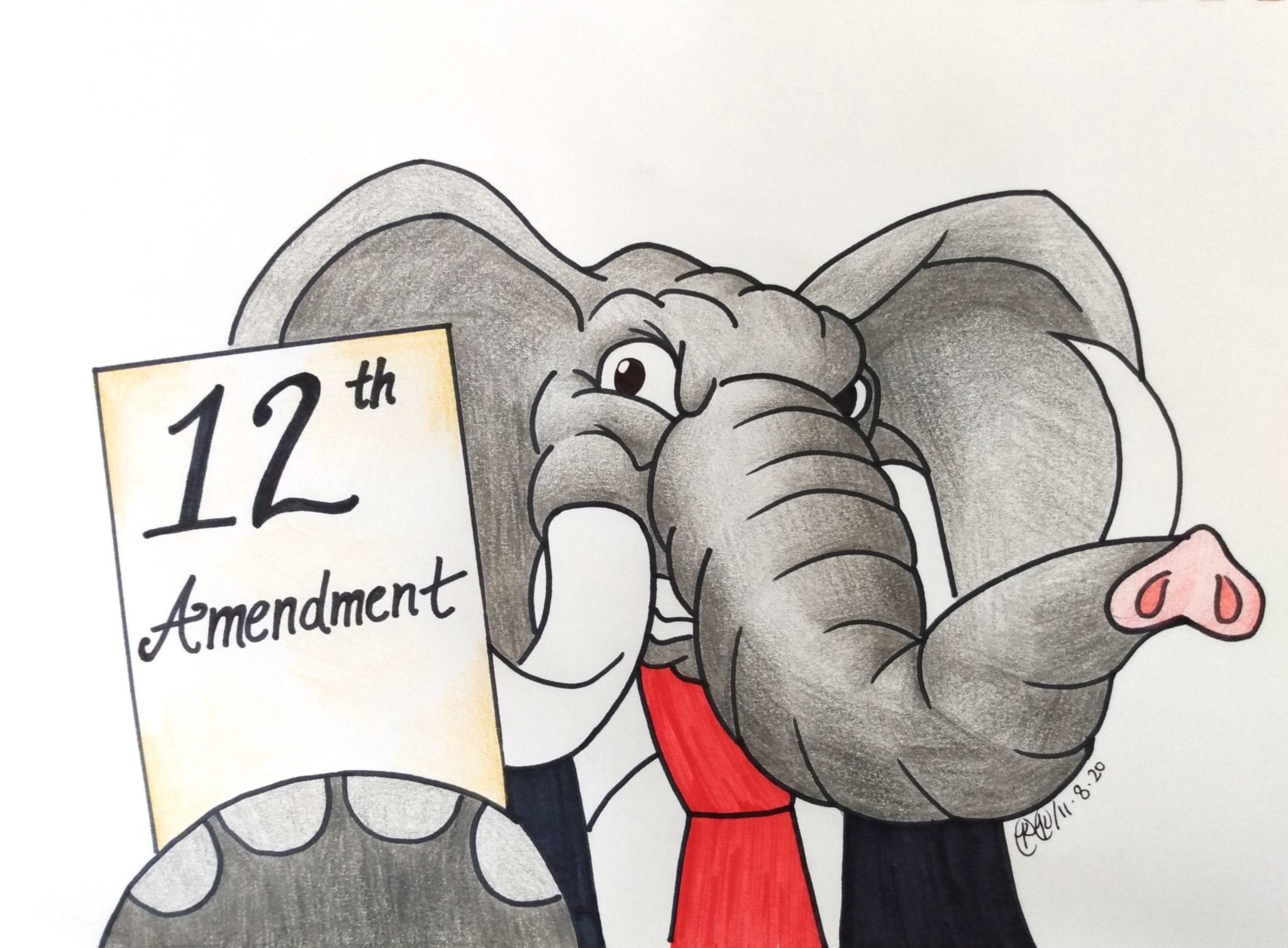 The presidential election was a hotly contested race, and the results from many states filtered in over multiple days following Nov. 3. This was an unprecedented election, as fear of voter fraud and voting irregularities clouded the race since the beginning. However, President-elect Joe Biden has been officially projected to win the presidency by many major news organizations as of the morning of Nov. 7.

However, it is not up to them to certify the results of a presidential election, but rather it is the job of the state legislature. And still, there might be a path for the Republican Party to retain the White House despite Biden’s projected electoral college win. Ultimately, the Grand Old Party (GOP) could use the 12th Amendment to usurp the results.

The 12th Amendment states that “the person having the greatest number of [electoral] votes for President, shall be the President.” But the caveat is that for a candidate to become president, they must not only get the most electoral votes  but also the majority. This means that the candidate who gets to 270 electoral votes wins, rather than whoever is leading in electoral votes.

Electors are appointed by state legislatures, according to Article 2 of the American Constitution. The legislature has the right to choose who they want as electors as established by Justice William Rehnquist’s opinion in Bush v. Gore. Republicans have control of the state legislatures in all five contested states: Michigan, Georgia, Arizona, Wisconsin and Pennsylvania.

If the Trump campaign continues to dispute the results of the election, and if the courts refuse to hear the case to end recounts, it would give the Republican state legislatures in contested states an excuse to refuse to certify the popular vote and instead exercise their constitutional authority to choose electors of their choice or to not appoint electors altogether.

Biden is projected to win in all of these contested states, but all the GOP needs is to get two or three state legislatures to say that, due to voting irregularities and a contested election, they are not sending electors to Washington in December and, therefore, will not be casting the electoral vote. In this case, neither Biden nor Trump would get a majority of the electoral votes, meaning that no president would be elected via the electoral college system.

If neither candidate gets a majority of the electoral votes on Dec. 14, then, according to the 12th Amendment, the House of Representatives would immediately go into a contingency election session to vote and choose the next president of the United States.

In this case, instead of every congress member getting a single vote, each state delegation gets one vote. Meaning that Montana Representative Greg Gianforte gets one vote and the 53 representatives from California also get one vote. The Republican Party controls 26 congressional delegations, which is just enough for them to vote to reelect Trump as the president of the United States.

I fear that if this scenario were to happen, it would set a dangerous precedent. It would give incentives for future presidential candidates whose parties have control over contested states’ legislative and congressional delegations to contest election results and force elections to the House of Representatives. Ultimately, this loophole gives more rural and less-populated states more representation than the current electoral college system allows them.

This scenario not only would trigger a constitutional crisis, but would also give great illegitimacy to the current structure of our government. Are we truly equal citizens when choosing the president? Technically, a Montanan has 52 times more voting power than a Californian. Why should the legislature hold power to effectively overturn the will of the citizenry? Once the public’s trust in the institutions of our government is destroyed, it will be almost impossible to restore it. Benjamin Franklin famously said: “[The constitution created] a republic, if you can keep it.” Once the trust for a republic disappears, there is no republic.

I can only hope that GOP leaders at the state level as well as the federal level will not push the limit of our constitution and take this election away from the people. And if by some unfortunate event that happens, the federal courts need to get ready to clarify Article 2 of the Constitution and guard against governmental tyranny. Let recounts happen, let voter fraud investigations happen and let them be brought to court. But please let the electors do their job, and let the people of the United States select our next president.

Nathan Lee calls for our elected representatives to guard against the corrosion of institutions in this election.

Nice Article Thanks! You ask: Why should the legislature hold power to effectively overturn the will of the citizenry? When there is enough Fraud and Corruption in the Vote that justifies doing so! and REMEMBER both Parties Matter!!! so when you say “But please let the electors do their job, and let the people of the United States select our next president” That is exactly what is being done in the 2020 Presidential Election! It is not going to be Taken by Fraud from the People who really won when all legal votes are counted and ALL Illegal Votes are… Read more »

You are 100% correct. All we want is fairness. Until now, all democratic judges have dismissed all cases without seeing any evidence. The SCOTUS voted against the Texas lawsuit basically because they didn’t want to get involved. Personal repercussions are my thoughts. Now the shoe is on the other foot, try the cases on the merits of evidence fairly or hope the SCOTUS steps in to stop Trump….. I don’t forsee the SCOTUS doing that…. and without a doubt, Trump will use every legal option available….