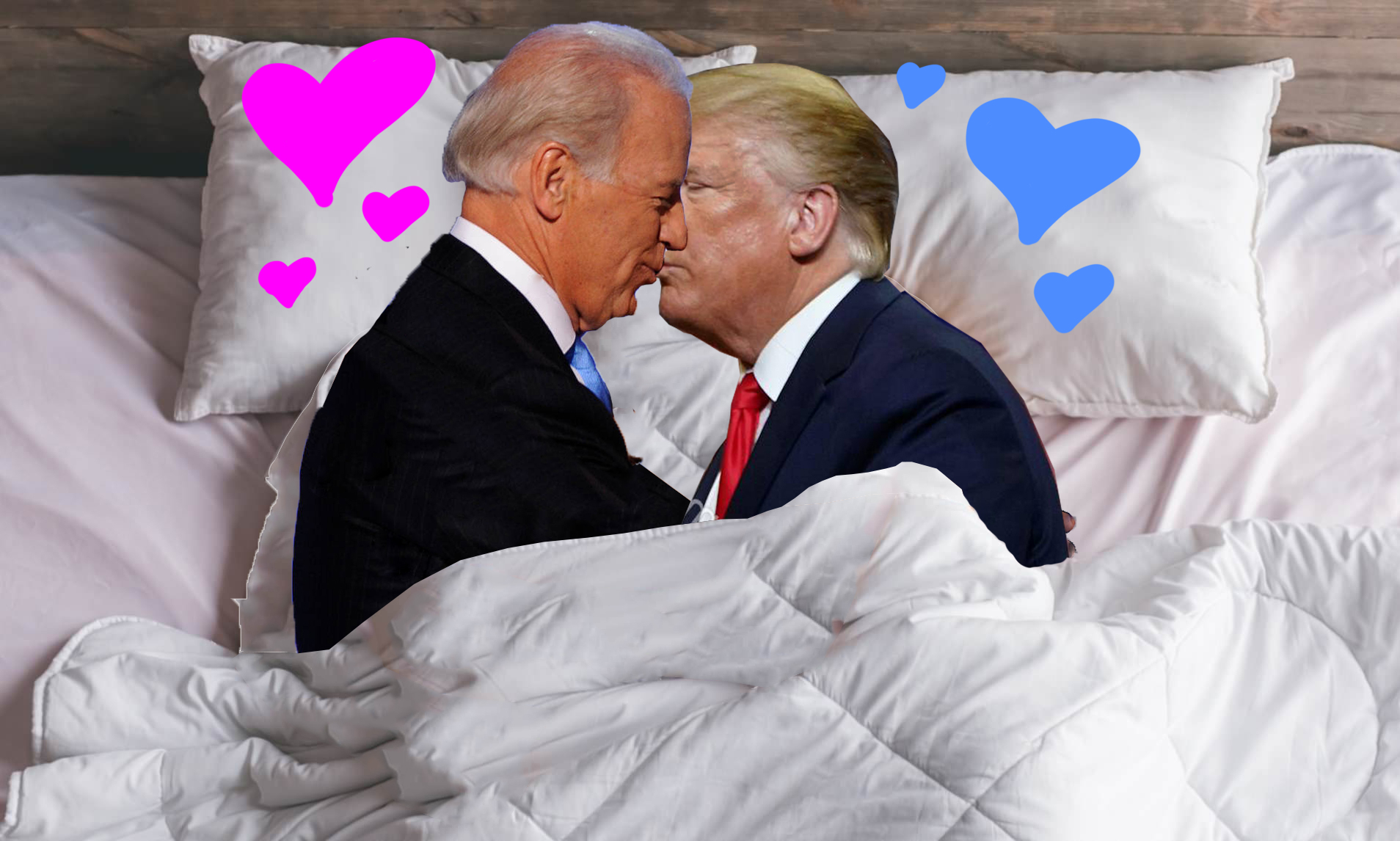 A palpable sexual tension could be felt throughout the country as votes trickled in for the 2020 presidential election. Clearly indulging a kink for degradation discovered during the presidential debates, Joe Biden has teased voters by edging closer and closer to the 270-vote threshold needed to win the election, saying, “Oh, you’re gonna get it. I know you want it bad, baby –– but I’m gonna make you wait for it.”

Meanwhile, increasingly incoherent presidential candidate Donald Trump has taken to Twitter with the ferocity of an unmasked white woman verbally assaulting the employees at Red Lobster.

After over two full days of a nation gripped in suspense, the candidates returned to their party-neutral lodging at the Holiday Inn Express where, upon checking in, they found that the managers had booked a room with a single queen bed instead of two twins. After finding out that the rest of the rooms in the discount motel had been booked for something called “The Annual Antifa-QAnon Soiree/Orgy,” the two old, white men had no choice but to snuggle up.

Crawling into a threadbare, suspiciously stained bed with his political opponent was the last thing either candidate saw himself doing tonight, but as they both laid there with their suits still on, everything just felt … right. Despite an exhausting day of being settled for by Democratic voters across the country, the ex-vice president still found it within himself to gingerly stroke his opponent’s wig and whisper sweet nothings into his ear before leaning in for a tender, yet passionate, kiss goodnight.

The security team intern responsible for manning the hotel’s in-room cameras was eager to share an idyllic description of the scene: “I saw the president laying awake for a while as his Adderall wore off, but Biden knocked out almost immediately.”

Kiera Sullivan knows they don’t call him Sleepy Joe for nothing.