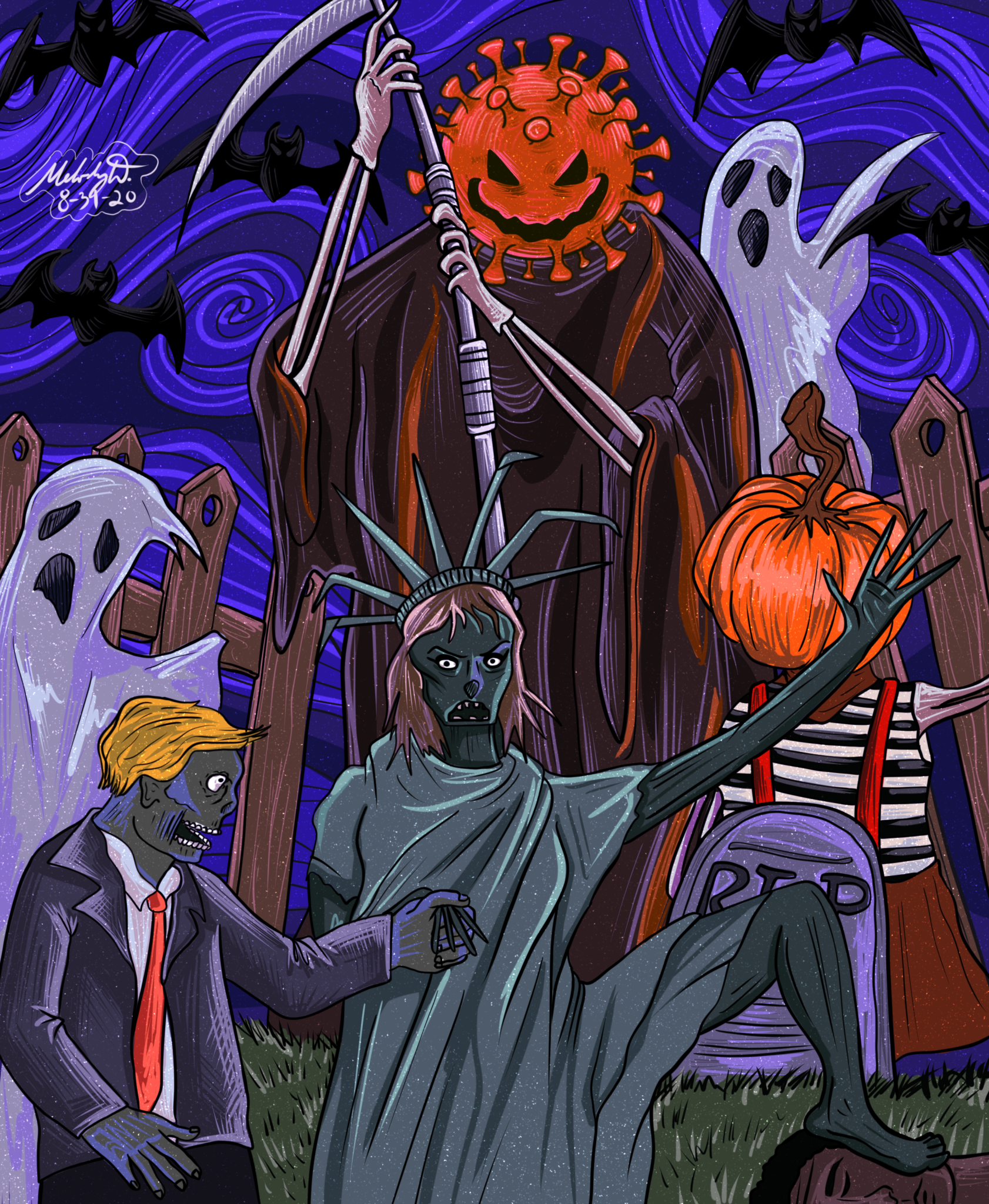 ‘Twas the night before New Years, when all through the world

Not a person was guessing, what was to unfurl;

The sparklers were shining with dreams for the year,

Presuming that life would stay rectilinear;

With visions of wonder and new directions;

And so we looked ahead with naive gleaming eyes

For the masterpiece to which this year would surmise.

Prince Harry and Meghan stepped down to retire.

Then January ninth the world held its breath:

A call from Wuhan told of infection and death.

The days still droned on, each dismal monologues —

The crash of a chopper in thick morning fog;

At least February had Weinstein convicted.

Then the stock market crashed, and the world closed its doors;

A cough or a sneeze marked a ‘prisoner of war,’

Sympathy went AWOL, each man for himself,

He left no food nor supplies on any store shelf.

But people kept dying, not just from the plague,

For evil injustices took not a break.

Amid all the protests and violent riots

Off streets and alone, people just had to suffer,

Told words of vain hope: “Surely gone by the summer”

Now clans claimed the blue or the red paragon

As tribal wars coded by color raged on,

Symphonies end with an epic ferocity,

We look to next week to end the cacophony.

‘Tis the night of Hallow’s Eve, with still no vaccine

Counting down from tomorrow, the days left are three.

Mailed ballots and voices throughout the country

Are gathered and counted to clear the smokescreen.

Where Earthlings were tested with reality;

And most haunting of all is what’s been left unsaid,

For the truth is the year isn’t over …

Maya Salem knows that nothing Halloween could possibly throw at her will be scarier than real life this year.