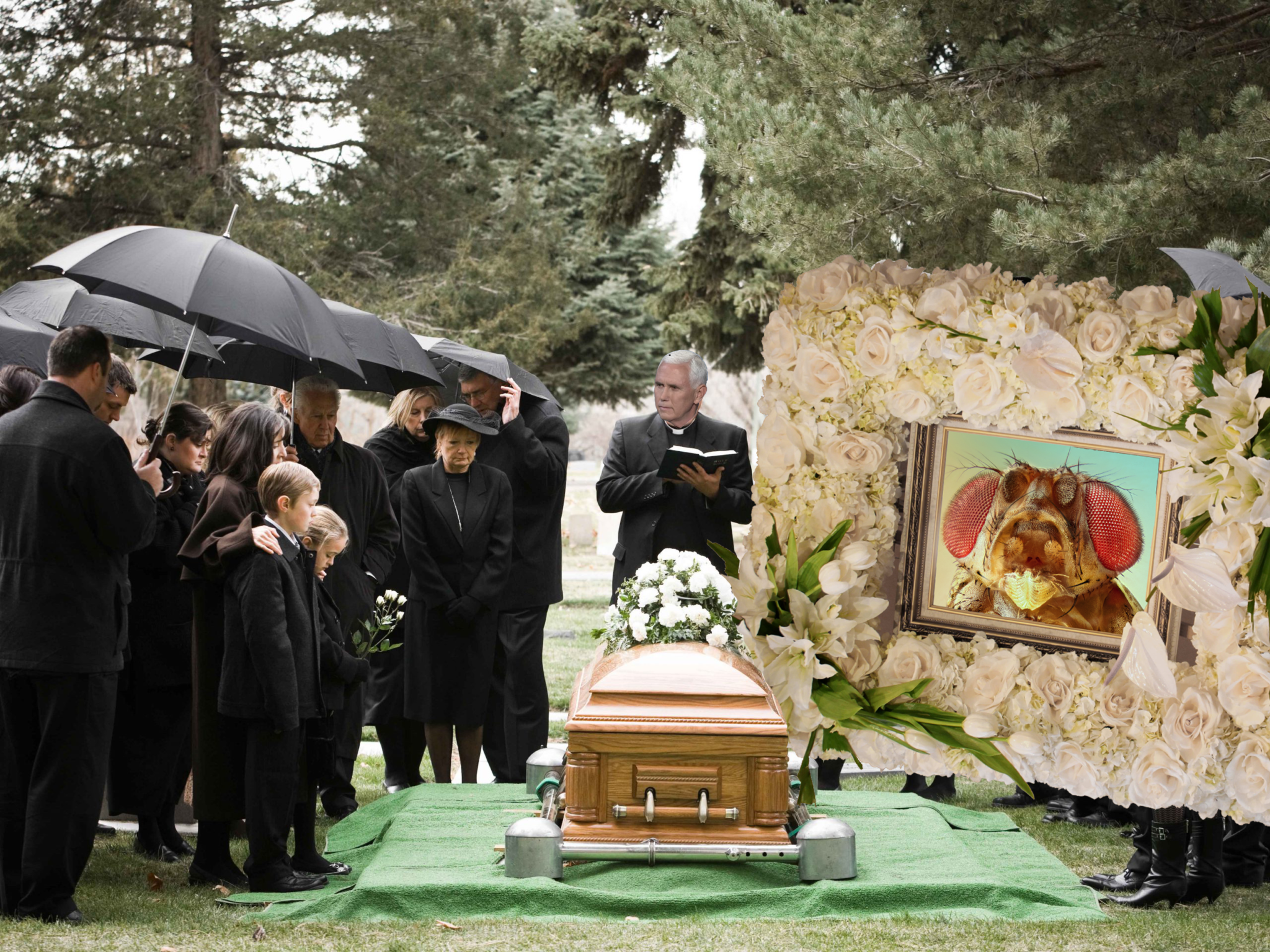 The fly who landed on Mike Pence’s head passed away in his compost pile on Monday night. He was 22 days, 16 hours old. The doctors said he died of thorax complications.

To the masses, he may have been known as The Fly, but he was also a neighbor, a scholar and a father. As a single parent of 250 offspring, The Fly managed a busy home life alongside his duties scouting for defecation in a nearby dog park. The Fly’s family describes him as selfless and passionate.

“He always let us know when he found a good pile of dog shit,” one of his daughters said. “He took joy in sharing his treasures.”

Before becoming a pop culture icon in the final days of his life, The Fly lived a humble life. He was a stand-up citizen in his community and a hardworking scout in his field. He never expected to become a household name.

“I just kept my antennae down and did my thing,” The Fly said the night of the fateful vice-presidential debate. “I don’t mind the attention, but it’s not where I saw my life going.”

The Fly, a longtime Kamala Harris zealot and donor to the Democratic Party, said he was just doing what he could to make a difference. The incident, his friends say, reflected how he lived his life — always doing his part to make a small difference in the lives of those around him.

“He was always looking to contribute what he could, on and off the dung,” an anonymous coworker said. “We are endlessly grateful for his contributions to our community, and we will remember him for his humility and friendship.”

I will deeply regret never meeting The Fly. He seems like an amazing insect. My prayers go out to the flies’ 250 children

Small body, enormous heart. His memory will live on with us for as long as we live.