To close out the Associated Students Program Board’s last events of the summer, the baddest bitch himself, Bretman Rock, did a virtual makeup tutorial while answering questions submitted by UC Santa Barbara students. Rock is a beauty guru and social media influencer with a comical and engaging personality that shines through each YouTube video, Instagram post and tweet. 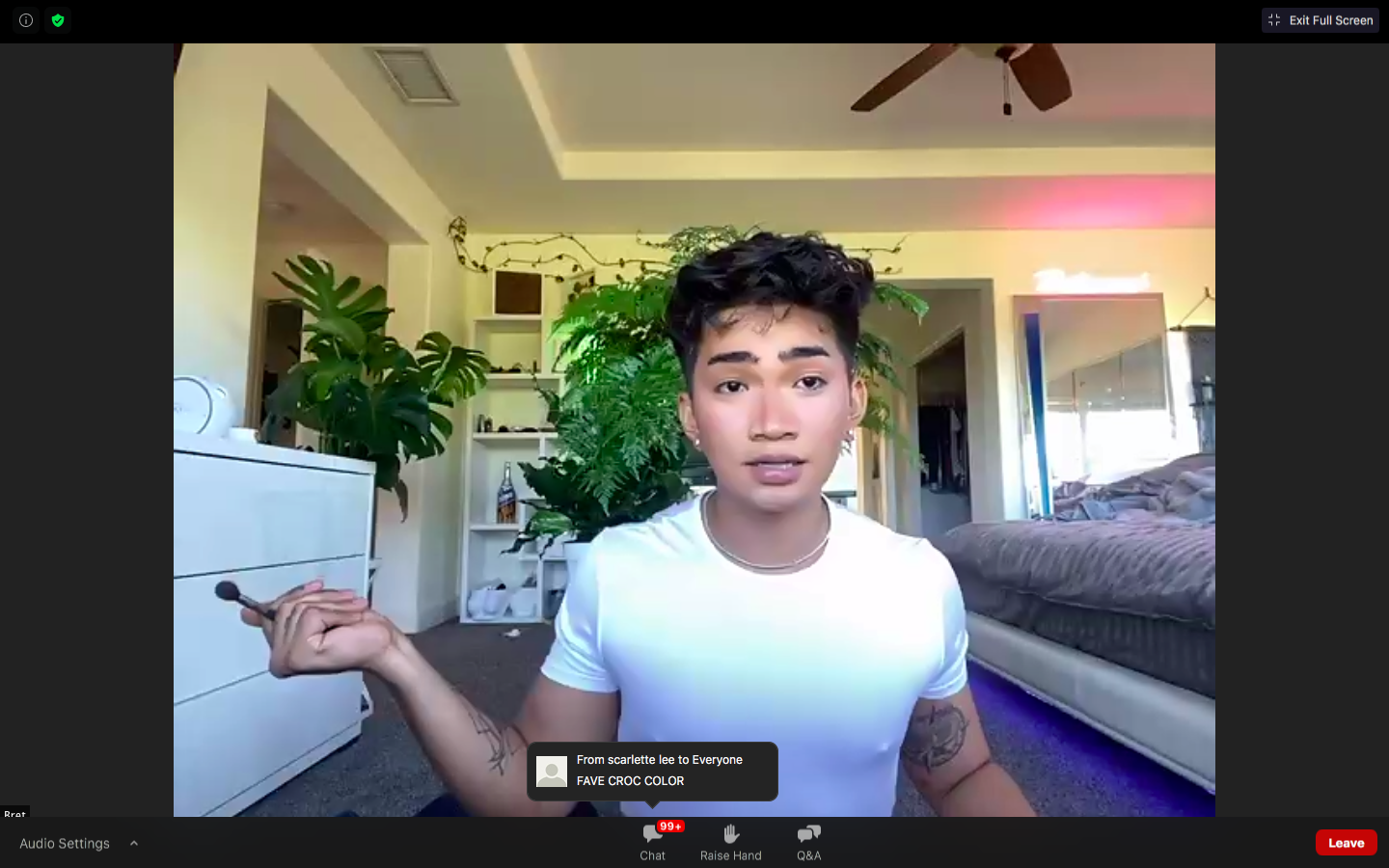 The Filipino American, who resides in Hawaii, began with “Aloha, hello everyone” and expressed his gratitude for the invitation to speak to his fans at UC Santa Barbara. The event’s moderator, Enaiya Judkins, created a fun and playful environment, and the first question asked was on behalf of a student who wanted to know what Rock’s “favorite skincare products at the moment are.” He described each product he used on his face starting with Tarte Cosmetics’ Tarteguard 30, and he stressed the importance of using products with SPF while reminding people that expensive products aren’t necessarily the best for your skin. “The best skincare products that I have are all drugstore products,” Rock disclosed.

After the beauty influencer applied highlight powder under his foundation, Judkins asked, “What inspired you to start your YouTube channel?” Rock responded that he remembered “being this little gay boy watching YouTube videos and just thinking to myself, ‘Oh my gosh, that is something … I can literally do that.’”

As a Leo, Rock loves being in front of the camera and he enjoys YouTube because he feels like he is “producing a show” on his channel and he is in charge of his own content. Rock has many years and subscribers — now at 7.76 million — under his belt since he began his channel when he was in eighth grade, and the main piece of advice he has for small creators is to have good intentions and to not “do anything for money.” Instead, Rock advises that they share themselves authentically with the world as he did. His unfiltered, goofy and straightforward persona is what his 14.9 million followers on Instagram appreciate, because he genuinely loves what he does.

As for dealing with hate back in high school and today, Rock said that, “As long as you know the person that you are, what everyone else has to say really does not matter.” In response to another student’s question, if Rock wasn’t doing YouTube, he would still do something in the fashion and makeup industries. Even though Rock joked that his mom would want him to say that he would be a nurse, he declared that “If I have nine lives, all of my nine lives I will spend with the beauty industry,” followed by “Wow, that was a cute answer!”

Evidently, the audience was filled with true fans because everyone wanted to know how Rock’s niece, Cleo, was doing. He explained his love and adoration for his sister Princess’ daughter, saying that he feels like he is raising his best friend. He revealed that he recently got out of a relationship and he confided in his toddler niece about the breakup. “I really can’t imagine my life without her, and I hope she feels the same about me … imagine she hates me!” Rock chuckled.

Though he was fortunate to grow up in a family that accepts his sexuality — “I never had to come out to my parents” — Rock still had to deal with discrimination after he moved from the Philippines to the U.S.

“I’m Filipino, I’m brown, I’m gay, I’m a weirdo, I speak differently than most people…and it took me forever to realize that my weirdness is the reason why I’m successful.” He may not get the same opportunities as white creators because of his identities, but he is aware that his skin color is why “so many other brown kids have a new outlook on life” and he is happy to provide representation and inspire others.

Instead of coming off like a disconnected interview, Bretman Rock’s openness and vibrant energy made the event feel like a FaceTime call with your best friend. The small age gap between Rock and the audience, along with his natural humor and liveliness, is why Rock kept the chat popping, especially when he asked if a UC Santa Barbara rager could be his first college party. His parting words were in awe of the students in the audience: “Y’all are heroes because honestly college … y’all are so strong and so smart. Be nice, do things with great intentions and be positive as well — period.”