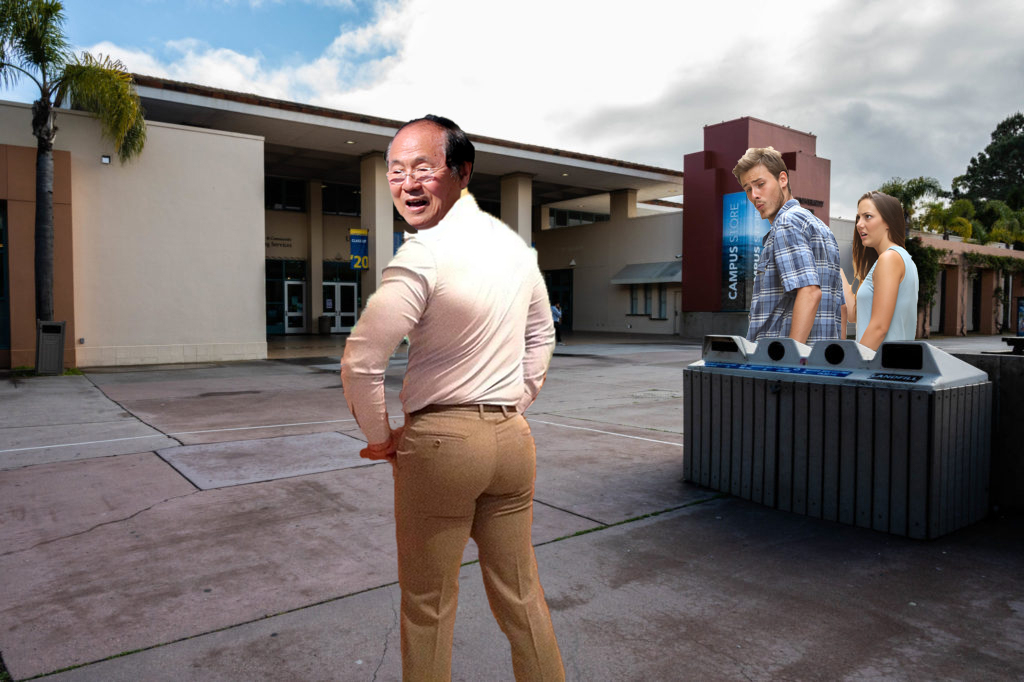 A recently released study has conclusively determined that beloved chancellor, Henry Yang, is certifiably “thick as fuck” and reportedly “has that dumpy that just won’t quit.” These findings are corroborated by a number of student testimonies, which have made similar claims about the “bootylicious” nature of the chancellor.

Researchers in this sumptuous field of study have put out probes into each of the UC campuses looking to find evidence of bodacious badonkadonks across the UC system. Upon analysis of the resultant data, the team conducting the study was astounded by the outlying data point skewing the results of their study: Henry Yang’s grade-A, dump-truck ass.

“We never could have expected our esteemed and admired chancellor to be draggin’ such a wagon,” said lead researcher, Andre Kiester. “But it seems there’s even more to love about our treasured chancellor than we could have guessed!”

A statement released by the Office of the Chancellor would neither confirm nor deny the existence of a “thiccc with three c’s” derriere attached to the chancellor’s backside. In the chancellor’s presence, however, a thunderous clapping of cheeks often speaks for itself.

“When your juice caboose is hanging that loose, you’d seduce even the most recluse of the recluse,” said second-year poetry major, Bruce Deuce, regarding Yang’s posterior prowess.

“I bet he could squat the weight of the world with those buns of steel,” swooned one passerby lucky enough to be graced by Yang’s presence while waiting in line at DLG.

Nexustentialism attempted to contact the chancellor’s patootie for comment, but Yang’s receptionist informed us the chancellor was unable to hold a phone between his cheeks without crushing it into a fine silicon-and-glass powder.

Henri Bemis wants a piece of that cake.

As an Alumnae of the class of 1981 I am disgusted by this article. I read and enjoyed the Daily Nexus when I was at UCSB. I also visit Santa Barbara about 6 times a year as I have family there. I also spent about 3 of the last 6 months working remote there during this Pandemic. So I was just really bummed to see you think degrading your Chancellor this way is funny. It’s not comedy. This article is not satirical- it’s just pathetic. Why not spend some quality time finding out more about your Chancellor? ° where did… Read more »