The Daily Nexus
News
Ramadan During a Pandemic: Muslim Students Reflect on Experiences at Home, in Isla Vista
May 29, 2020 at 5:15 pm by Simren Verma and Sanya Kamidi

Typically, the sacred month of Ramadan is a time when Muslim UC Santa Barbara students share the experience of fasting throughout the day while going to class, coming together to break fast at sunset and praying at the local mosque. 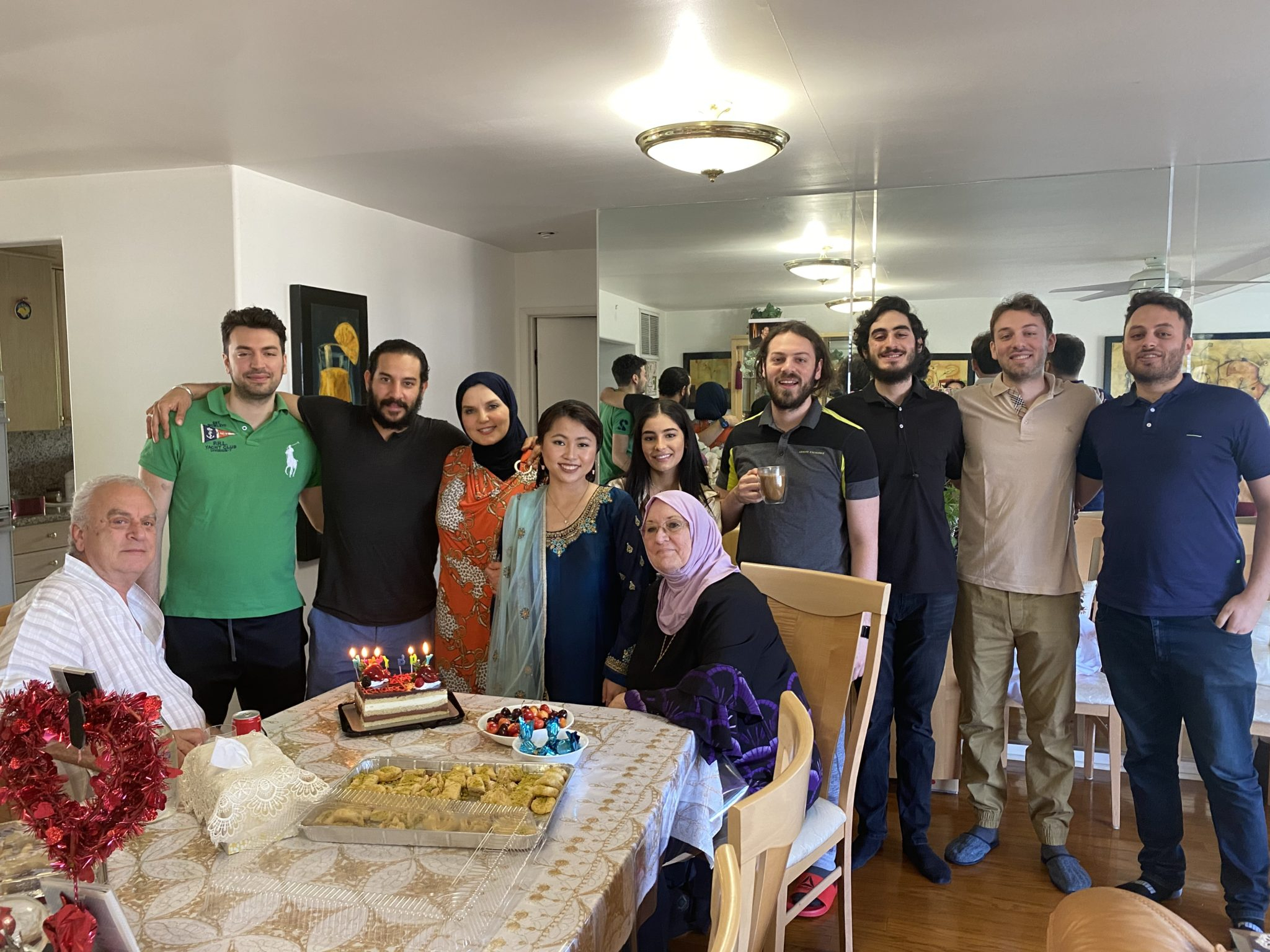 Going away for college meant spending Ramadan away from home, but Muslim students made it a priority to foster their own sense of community in Isla Vista.

This year, amidst the coronavirus pandemic, these students have been scattered back to their hometowns, some celebrating with their families for the first time in years, while others have stayed in Isla Vista, spending the month markedly more alone than usual.

Salman Sadak, a third-year biology major and vice president of the Muslim Student Association (MSA), spent Ramadan in his hometown — his first Ramadan at home since coming to UCSB.

“It’s very nostalgic in that it gives me a feeling of the Ramadans of my childhood, like breaking the fast with my parents and family and waking up at 4 a.m. helping my mom cook,” he said.

Sadak said that many members of the MSA talked about how much they miss having Ramadan on campus because of how it brings them closer together. Despite the pandemic, the MSA has still been holding its weekly general meetings on Zoom.

“It isn’t just like a one-day event, it’s like an entire month, and you see these people every single day kind of out of necessity because you gotta eat.”

At night, when they would have normally gone to the mosque for what Sadak describes as both a social and spiritual experience, they instead view a live telecast that the mosque provides.

“I’m still getting that spiritual connection, and even though we’re all separate, we can still livestream the prayer, pray with the imam, still get that ritual in.”

Being able to gather in-person is one of the cornerstones of celebrating Ramadan, and despite celebrating at home, physical distancing requirements have made this Ramadan different from many students’ childhood celebrations.

Huda Faiz, a third-year biology major and former MSA president, is currently at home, and said the connections with others were missing this year compared to normal years.

“Usually we go to the mosque at night for prayers and whatnot, and it’s kind of nice to connect with community and see all your family, friends and everyone in one place, but that’s kind of missing,” Faiz said.

To make up for it, Faiz said that some people have even decorated corners of their homes to resemble a mosque.

Faiz said she usually travelled back home for Eid al-Fitr to attend a celebration with her family at the Muslim Community Association, a large mosque and community center in Santa Clara.

“We’ll all dress up and we’ll go do our prayers there,” Faiz said, adding that most of her relatives live in Santa Clara.

“We’ll meet all of them and take part in the festivities,” she said. “Now, there’s nothing going on … visiting people is really big in Eid and you go and you visit all your family friends, so that’s definitely missing.”

Tala Alawwad, a second-year biochemistry major, spent Ramadan in Isla Vista. For the most part, she would break fast alone.

“Sometimes I did eat with friends, just as dinner for them but breaking my fast for me, and that was fine,” Alawwad said. “Home for me is in Abu Dhabi … [my family is] just home and together, and that’s usually how it is … and at least they have each other to be spiritual and engage with the traditions.”

Katherine Price, a first-year linguistics major and the secretary of the MSA, would have been celebrating her first Ramadan with other Muslim UCSB students this year.

“We were going to have all of these iftars, all of these dinners set up like four out of the five days of the week; we would have restaurants coming in and catering all of this really good food,” Price said. “It was going to be really exciting.”

But as the pandemic began to shut down campus, Price said she had to start calling and cancelling all the orders.

“It was super festive, super fun … and we really missed out on a lot of that,” Faiz said.

In the past, the MSA has held interfaith iftars on campus, inviting other religious organizations to break fast with them.

“Iftar is not just something for the Muslim community to take advantage of, but we also use it as a moment to get to know our fellow UCSB community and Isla Vista community, so it kind of makes me sad that we don’t really get that opportunity this year, but hopefully next year,” Sadak said.

The shift to online classes also provided some Muslim students with more flexibility, as balancing their fasting with a full day of being on campus was often draining.

In past years, Sadak had trouble during evening classes and labs which did not allow students to eat, therefore preventing him from breaking fast during class.

“With online classes, it’s been more chill,” Sadak said. “Just being at home … it’s just been a lot more manageable, and I feel like professors are already really understanding about the whole COVID situation.”

“I had an exam at a certain time right when I would have to break my fast, and I talked to my professor about it and he was understanding because, you know, it’s like everyone’s already dealing with so much.”

Faiz added that walking around campus all day usually left her in a “fasting fog,” in which she was more fatigued and was not able to concentrate on anything.

“With classes being recorded, now that they’re online, I can kind of shift my whole sleep schedule and rest a little bit during the day and watch more of the class videos at night,” Faiz said.

However, Alawwad felt that online classes were actually more draining than in-person classes during Ramadan.

“Last year, I would try to occupy myself, go to classes, see people, kill time … you’re not thinking about the hunger as much as you are sitting at home,” she said.

For Faiz, being at home and indoors most of the day has made breaking fast easier compared to being at school, especially since she breaks fast with her family, a built-in community.

“If it’s friends, I feel like we’d all have different schedules and sometimes it’s hard to find a time that matches for all of us to get together,” Faiz said.

Despite being stuck at home, Faiz, Sadak, Alawwad and Price all said they dressed up to celebrate Eid. Sadak celebrated with his family in his backyard, and Allawad called her family on Zoom.

“I bought my dress months in advance,” Price laughed. “I was so ready for it, I was gonna show off.”