The Daily Nexus
UC News
Newly Narrowed Title IX Regulations To Affect UCSB and the UC System
May 12, 2020 at 1:00 pm by Katherine Swartz 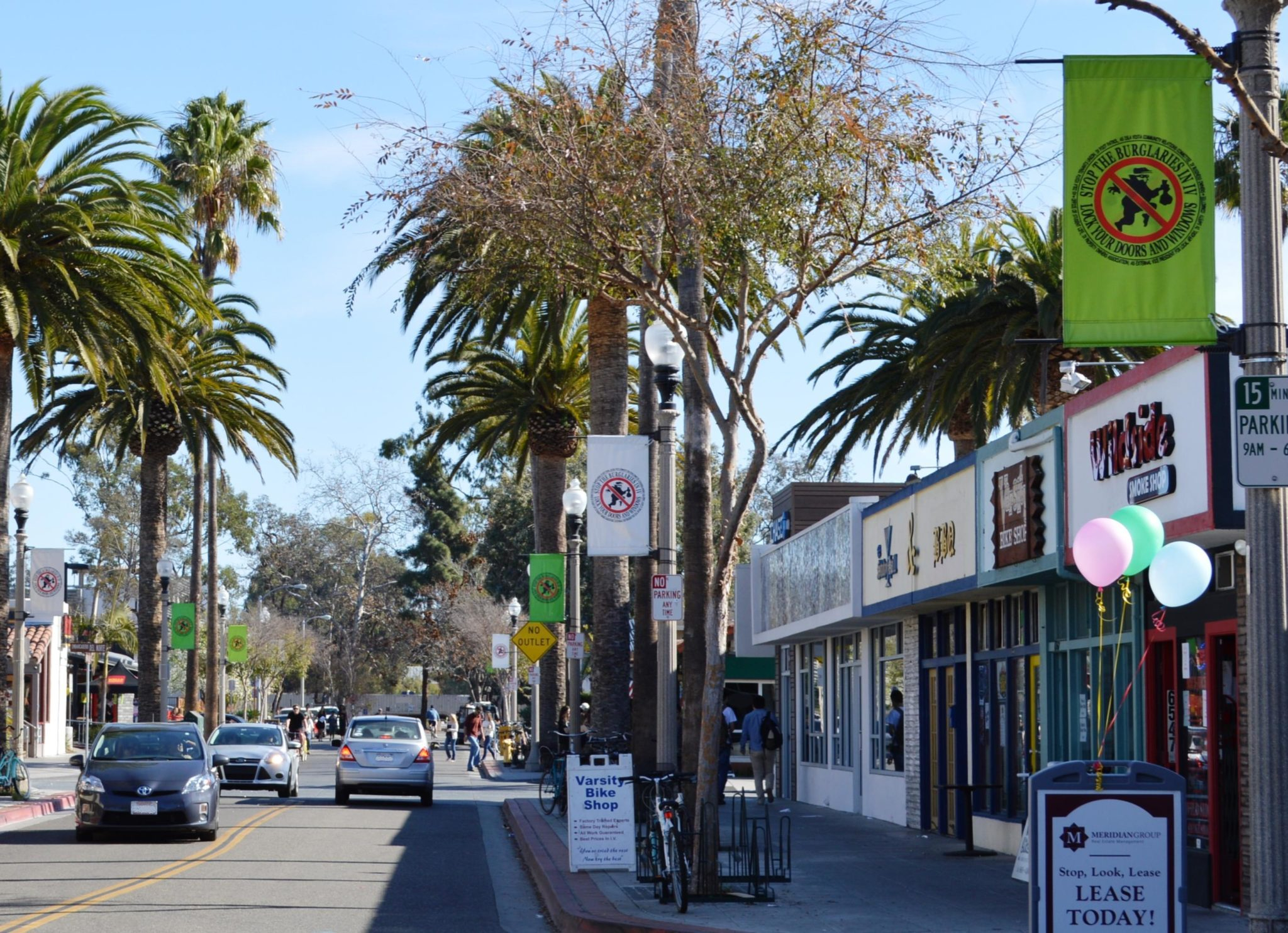 The new regulations have been in the works since DeVos’ appointment in 2016 and were initially proposed in November 2018. After a 60-day public comment period with over 120,000 feedback submissions, the regulations were approved by DeVos on May 6 and must be implemented at all educational institutions that receive federal funding by August 2020.

The new regulations narrow the definition of sexual assault, remove faculty and staff as mandated reporters, require live hearings for all Title IX cases and excludes most cases of sexual assault and domestic violence that occur off campus.

UC President Janet Napolitano criticized DeVos’ decision to announce the changes during the coronavirus pandemic, noting that the UC opposes the new regulations.

“Imposing these new rules in the midst of the COVID-19 pandemic when students and staff are already anxious, and providing a tight timeline for compliance when schools have limited ability to meet with community members to discuss these changes, adds to the challenges,” Napolitano wrote.

At UCSB, where 34% of students live off campus in Isla Vista, as of Fall Quarter 2020, Title IX’s newly narrowed jurisdiction could impact the number of sexual violence incidents reported to the Title IX office, according to Briana Conway, director of Campus Advocacy, Resources & Education (C.A.R.E.), an organization that helps survivors navigate their options after sexual assault.

Under previous Obama-era Title IX regulations, sexual violence that occured off campus were under jurisdiction of a campus Title IX office. Now, Title IX will only apply to sexual violence that occurs in university-owned off-campus buildings or “any building owned or controlled by a student organization that is officially recognized by a postsecondary institution,” such as a fraternity or sorority house.

The university owns and leases a handful of apartment buildings in Isla Vista, as well as 910 Embarcadero Del Mar, the site of Dublin’s Sports Grill and Precious Slut Tattoo Parlor.

Conway said that the “vast majority” of gender-based violence cases that C.A.R.E. sees occur in off-campus housing in I.V.

“I’m really concerned that there’s going to be cases that would have been eligible for Title IX [that] will no longer be eligible for those investigations,” Conway said in a phone interview. “But [I.V. is] just one less area that offenders can be accountable.”

Under the new regulations, survivors of sexual assault can still report to local law enforcement such as the UC Police Department or the Santa Barbara County Sheriff’s Office, or seek counseling from organizations like C.A.R.E., but will not be able to report the incident to the Title IX office if the sexual assault took place in I.V., Conway said.

Additionally, while university-sanctioned fraternity and sorority houses are officially recognized buildings within Title IX’s scope, the new regulations leave areas like fraternity satellite houses out of the university’s jurisdiction.

“[The new regulations] wouldn’t include those spaces … That’s really dangerous for our community, especially because we have so much off-campus housing that is not owned by the university,” said Alia Reynolds, the director of Students Against Sexual Assault (SASA).

Isla Vista Community Services District (I.V. CSD) Board President Spencer Brandt said that the jurisdiction restrictions are a “ridiculous standard” that will impact safety in I.V.; the I.V. CSD board protested the amendments in a letter submitted to the Department of Education during the public comment period.

“When you create a policy that requires the university to sort of draw a line around the areas where they have jurisdiction to investigate sexual violence and which areas that they do not, you are, by definition, discouraging survivors from coming forward and using the judicial tools that should be at their disposal to seek justice,” Brandt said.

The new regulations also narrow the definition of sexual violence as “unwelcome conduct on the basis of sex that is so severe, pervasive, and objectively offensive that it effectively denies a person equal access” — a definition first established by the 1999 Supreme Court case Davis v. Monroe County Board of Education, which had not previously been used as Title IX’s definition.

Furthermore, under Obama-era policy, an incident had to be either severe, pervasive or objectively offensive to qualify as sexual harassment; under the new regulations, an incident must be considered all three in order to be under the umbrella of sexual violence.

Reynolds said that the change from “or” to “and” may seem small, but the language change makes a large difference in what may be considered sexual violence.

“That would essentially mean that the instance [of sexual violence] — because it has to be severe and pervasive and objectively offensive — has to happen more than one time, which is the definition of pervasive. So it excludes a lot of instances of sexual harassment [with] this new definition,” Reynolds explained.

Under the UC Title IX policy, however, first-time occurences of dating violence, stalking and domestic violence are still included in the definition of sexual assault.

The UC Systemwide Title IX Office did not respond to multiple requests for comment regarding which standard the university will use moving forward.

Colleges and universities are also no longer required to designate most employees, such as professors or staff, as “mandatory reporters,” meaning they will no longer be required to report an incident of sexual violence to the Title IX office if they are informed of it. Instead, schools must now decide “which of their employees must, may, or must only with a student’s consent, report sexual harassment to the recipient’s Title IX Coordinator,” according to the new regulations.

Reynolds believes the change will lower the amount of cases reported but said that in her opinion, this particular addition to the Title IX policy isn’t entirely negative.

“Some individuals disclose an instance of sexual assault to someone that they didn’t realize was a mandated reporter. And then those instances are reported and they wish they hadn’t been,” Reynolds explained.

“Just because you don’t have to report doesn’t mean it’s not the right thing to do to get that survivor connected with the resources and with an advocate,” Conway said.

Furthermore, colleges can no longer use the single-investigator model — in which an investigator writes a report and concludes the case, but no hearing takes place — to investigate an incident of sexual assault.

Under current California law, however, universities haven’t used the single-investigator model since January 2019. Prior to January 2019, hearings of Title IX cases in California were conducted only in the appeal process, by either the complainant or the respondent.

The new regulations permit live cross-examination of the complainant and the respondent by advisers and lawyers, but prohibits complainants and respondents from questioning each other.

This marks a significant change from DeVos’ initial proposed policy in November 2018, which did allow for students to cross-examine each other.

Conway said that a downside to the hearing method, rather than the single-investigator method, is that cases will take longer to conclude, which, along with the additional trauma of a cross-examination, could further deter students from reporting. Conway said that while more students are accessing C.A.R.E. accessing than ever, she has already seen fewer C.A.R.E. clients choosing to go through the Title IX investigation process since the 2019 change.

Since DeVos’ announcement, several groups across the country have already pledged to fight the regulations in court, the Washington Post reported. At UC Santa Barbara, student organizations have already started. Reynolds said that S.A.S.A. is working with Equal Rights Advocates, a nonprofit organization for gender justice, and that some S.A.S.A. members are part of a newly formed national coalition against sexual violence.

“We want to work with them to try to bolster that national coalition so we can fight this on the national level as well as on the state level.”

Katherine Swartz
Katherine Swartz is the University News Editor for the 2020-2021 school year. She reports on campus news, Associated Students and UC-wide news. She can be reached at kswartz@dailynexus.com or news@dailynexus.com, and on twitter @kv_swartz.
1 Comment
Inline Feedbacks
View all comments

Trash article. DeVos is the worst thing for education in my lifetime but let us be fair and try a little to report accurately both sides even if you disagree. Lacking basic journalistic integrity and balance Not a mention to the intention to offer due process to the accused. Many accused have been unfairly thrown out of schools and had lives ruined by schools only to find the courts reversing their decisions and fining the schools millions. UCs has to pay multiple people out for this kind of lawsuit It would be nice to see some balanced reporting or move… Read more »