The Daily Nexus
Nexustentialism
It's satire, stupid.
Storke in the Age of COVID-19: UCSB’s Favorite Tower To Chime Each Hour on New Facebook Livestream
April 27, 2020 at 4:20 pm by Sierra Vakili 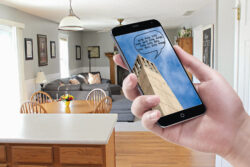 Upon the March 25 announcement that UC Santa Barbara officials had “no intention” to adjust tuition for a remote spring quarter, students were forced to face the harsh reality that all their services, although covered by tuition, would not be accessible throughout the rest of the academic year. Students were understandably heartbroken — from Counseling & Psychological Services to critical resources like the Associated Students Food Bank, many were forced to say goodbye to services that had changed their lives for the better. Among these services is a student favorite: the consistent, encouraging and hourly chimes of their favorite campanile, Storke Tower.

However, hope was sparked for Storke fans across the globe on Tuesday, when campus officials announced the introduction of Storke Tower’s very own Facebook livestream so students could hear its chime at the top of each hour, “like nothing has even changed.” Professors are encouraged to begin class only upon Storke’s digital chime, just as they would if classes were held on campus.

“We think it’ll really help students feel more of a sense of normalcy during remote instruction,” said Tessa Pointment, president of the Storke United Campanile Coalition (SUCC). Pointment hopes that, despite what financially devastating circumstances, unsafe home environments and generally world-altering events may plague (no pun intended) students’ lives, Storke may offer a small message of salvation to any students who may be struggling with the transition.

The message seemed to be well received by students. “This, like, totally makes up for the fact that I’ll never be able to give the vast majority of all the friends I’ve made over the past four years a proper goodbye!” exclaimed graduating senior Conner Mencement. “It’s like I never even left Isla Vista! I can practically smell the ocean from all the way out here in Chico! Thanks, Storkey!”

Storke Tower hopes to launch its OnlyFans profile by early May.