The Daily Nexus
On the Menu
Quarantine Kitchen: How To Make Challah Bread
April 26, 2020 at 12:01 am by Hannah Jackson

Hey all you goys and girls! For some of us, adjusting to a new normal of minimal human contact and a lot of indoor time has led us down the path of obsessively cooking (I for one am guilty of making a massive three-course meal for six people). After seeing post after post of people making bread from home, I decided that I wanted to jump on the bandwagon. I chose to try challah for my foray into bread-making, as I have lately been feeling quite nostalgic for the comfort of the past, so making this is a way I can feel close to my family without physically being with them.

For those who have never had it, challah is a braided loaf of bread, noteworthy for its slight sweetness and fluffy texture. It is a focal point of Jewish cuisine, used to celebrate major holidays and the Sabbath.

Challah is an ideal bread to bake if, like me, you demand (near) instant gratification. Unlike many breads that require a full day of rising time, the challah dough takes less than two hours to rise and yields a large loaf in comparison to the amount of flour the recipe requires. 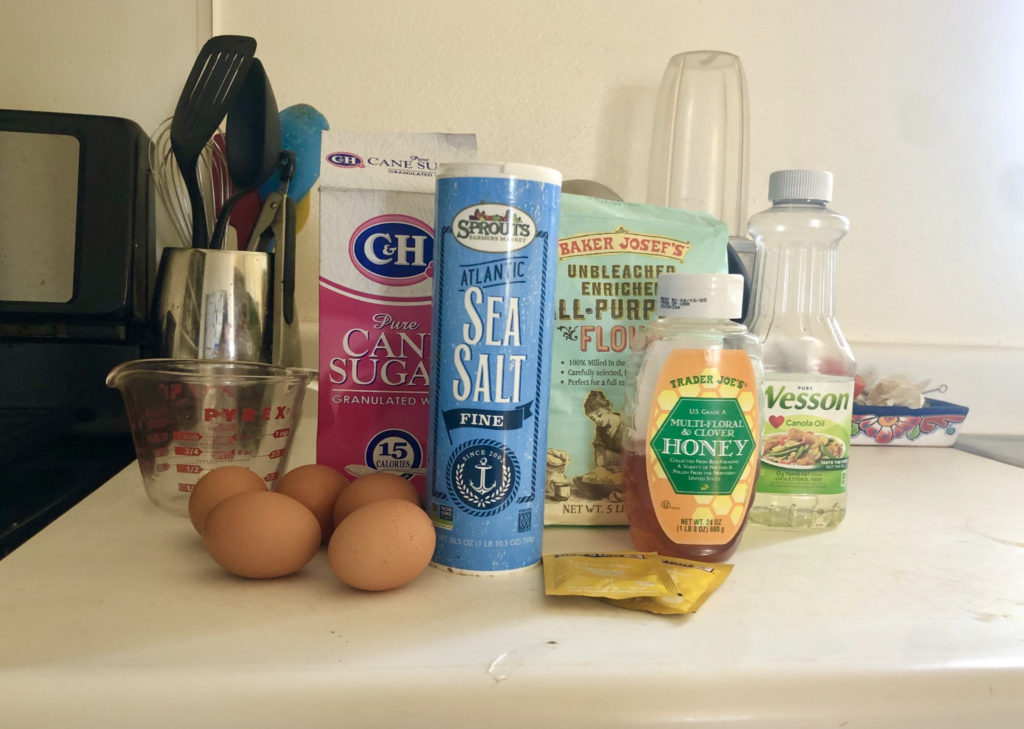 Lightly whisk together the two packets of yeast with the warm water and let sit for 10 minutes. While the yeast sits, combine the flour, sugar, honey, vegetable oil and egg yolks in a large bowl. 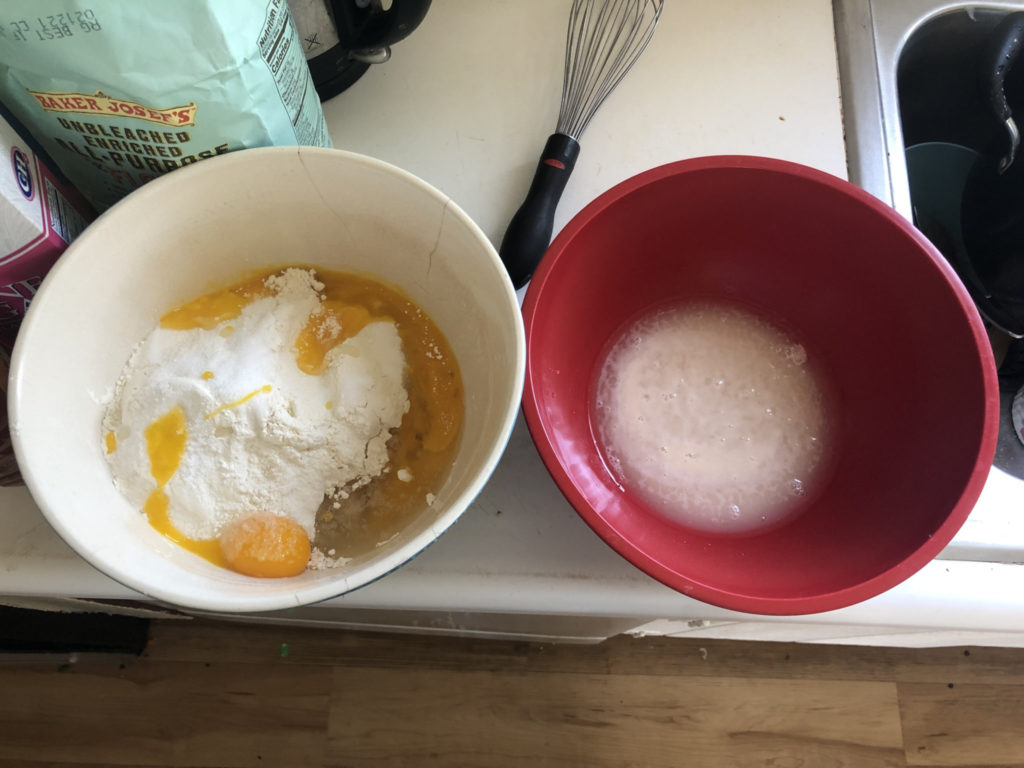 Combine the two mixtures together and stir with a wooden spoon until dough forms. This can be done by hand or with a standing mixer fixed with a dough hook. Then, on a floured surface, knead the dough for five minutes.

Once the dough is kneaded, place it in an oiled bowl and cover with Saran Wrap (I used beeswax paper in lieu of Saran Wrap, and if you don’t have either, uncovered is okay, too). Let the bowl sit in a warm area for one hour. After an hour, punch down the dough and cover it for another 45 minutes.

Once the dough rises, place it onto a well-floured surface and cut it into three equal parts. Roll them out into long, thin strips. A rolling pin is not necessary; you can just shape them with your hands and let gravity do some of the work for you.

Lay the strips out onto a baking sheet or parchment paper. I had neither, so I used a piece of oiled aluminium foil. This method can still work — albeit not as effectively as the former methods — but make sure the foil is well oiled, as mine got a bit stuck coming off.

From there, pinch the top of the three strips together on one side. This will be the basis for our braid. Fold the strips over each other in an alternating pattern (just like how you would braid hair) until you reach the bottom. Pinch the ends together and tuck them into the bottom of the loaf.

Next, you’re going to take the last remaining egg and lightly whisk it together in a bowl. This is the egg wash that gives the bread its color and slight sheen when it bakes. If you, unlike me, have a rubber brush, simply dip the brush into your egg wash and paint it over the top of your loaf. However, if you’re working with limited materials, like me, gently pour the egg wash in increments over the challah and use either your hands or a paper towel of sorts to evenly distribute the egg. Make sure that the egg doesn’t get stuck in the grooves of the bread between the braided strips. Not having a brush no doubt made the process significantly messier, but it wasn’t a detriment to the process. Sesame (or poppy) seeds often make for a nice appearance when sprinkled over the loaf, so feel free to dash an amount of your liking over the top of the dough. 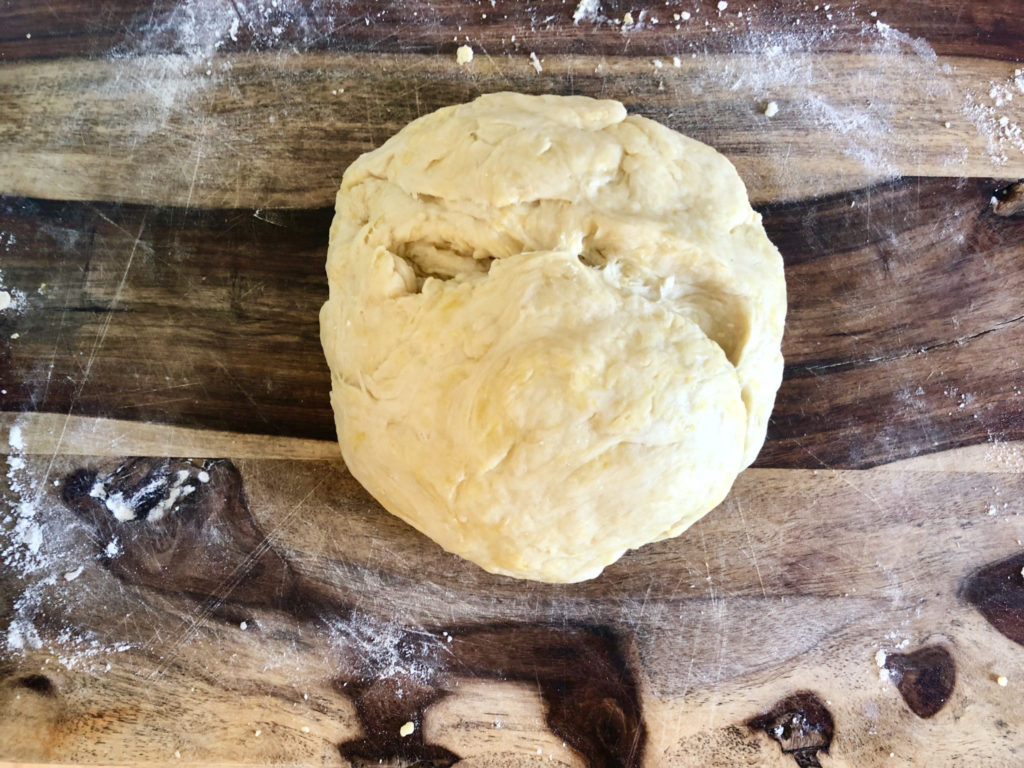 Set your oven to 350 degrees Fahrenheit. I chose to do this after I applied the egg wash, rather than before, so the dough could have a few extra minutes to rise. Place the loaf in the oven for 25 minutes, after which you can assess if it needs more time. I chose to give the bread an extra five minutes for a crispier finish. 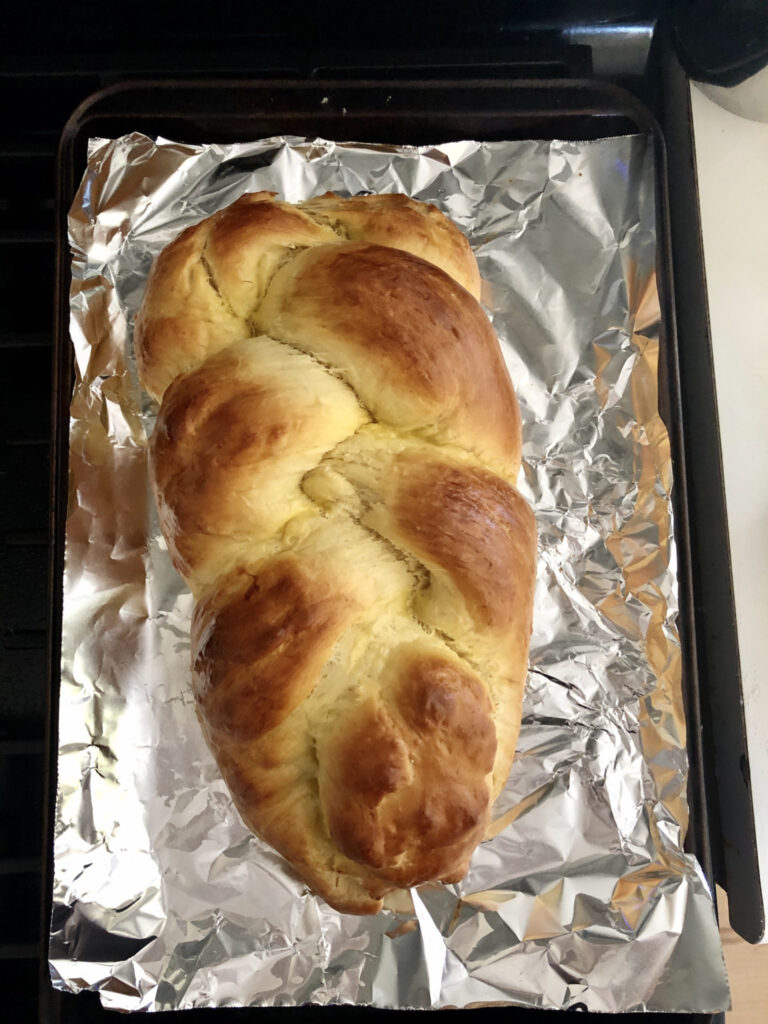 Et voilà! Your very own challah loaf! While amazing on its own, challah is also versatile in its usage. Although it’s great for sandwiches or toast, challah is the undisputed champion of French toast, as its hint of sweetness perfectly complements the breakfast staple.

Of course, here at UCSB we are anti anything Jewish. Let’s shout this recipe down.