The Daily Nexus
Nexustentialism
It's satire, stupid.
Zoomtopia: A Recap
April 14, 2020 at 4:20 pm by Auta Towner 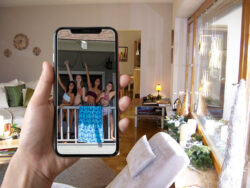 Saturday, April 4: a day we mourn what could have been. Ordinarily, the spring quarter is rung in by slammin’ beers with the boys, throwing up in strangers’ yards and blacking out at 11 a.m., but this year, a global pandemic had other plans for our bender-hungry Gauchos. But in the name of all that is holy, we will NOT forsake our Fireball-fueled functions and Smirnoff-sustained street soirées, damn it! So this year, the annual festivities were relocated to the remote conferencing service app Zoom.

Zoomtopia got off to a rough start: Many attendees could not figure out how to access the conference, or perhaps spent the first half of their days immobilized by crushing depression caused by the cancellation of their most precious holiday and sole source of joy. Either way, there were only, like, five people in the conference at first, and it was super awkward.

Things eventually did pick up. By noon, there were several hundred inebriated Zoomers, each playing their own mix of shitty EDM in the background, mingling harmoniously to sound not unlike the seventh circle of hell. For authenticity, some of the conference members used pictures of Del Playa as their Zoom backgrounds, and one wise guy even used a picture of a cop car! A reported $69,420 worth of damages to electronics were caused in the pandemonium, the primary cause being overzealous first-year students yakking on their laptops.

“It was totally awesome,” third-year student Lou Zerr said. “Best party of the year, got soooooooo wasted dude, total rager,” Zerr said before vehemently assuring Nexustentialism reporters that this was definitely not the first party he had ever gotten into.

But not everyone was satisfied with the results of Zoomtopia. “It’s just not the same,” weeped second-year student Derrick Dunce. “If we don’t have Deltopia, what do we have? It’s the only reason I’m going to this school,” Dunce choked through violent sobs, saying nothing of the university’s top-10 ranking or famous ocean views.

Though Zoomtopia perhaps varied from the original Deltopia in terms of “litness” and “swag,” it brings comfort to learn that in these crazy times, one thing remains constant: Gauchos consume copious amounts of alcohol.

Auta Towner tried joining Zoomtopia, but someone kept muting her ):