The Daily Nexus
Reviews
Norton’s Pastrami and Deli: The Best Sandwiches in Town
March 23, 2020 at 3:37 pm by Winnie Lam

Santa Barbara’s very own Norton’s Pastrami and Deli was recently featured on Food Network’s “Diners, Drive-Ins and Dives” — and for good reason. Located in downtown Santa Barbara, Norton’s offers its famous pastrami sandwiches along with various other delicious menu items such as corned beef sandwiches, mozzarella sticks, jalapeño bottle caps and fried pickles. The interior of the deli is quite small and narrow with only a few tables and a countertop to sit at, so I would arrive at non-peak hours if you’d like to find a seat. 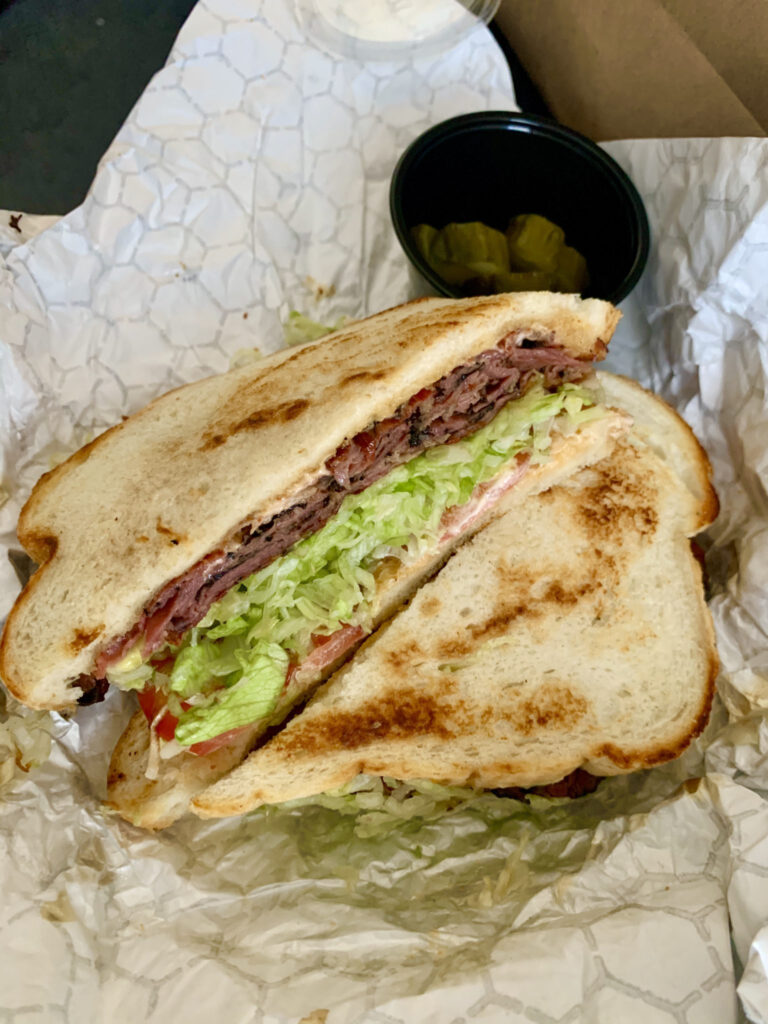 Their menu is pretty diverse with at least three or four varieties of pastrami, corned beef, Philly cheesesteak, grilled chicken, cold subs, hot dogs and sandwich melts. I had a difficult time deciding which sandwich to choose because they all sounded so tasty but I eventually settled on the Mom’s PLT, which was made of crispy pastrami, chipotle mayo, lettuce and tomato on sourdough bread. The sandwich was loaded with each ingredient, but it wasn’t overfilling to the point where the meat or veggies were falling out in each bite. The sandwich was like an elevated version of a classic BLT, although it was a little greasy. However, the sandwich also came with a side of a pickle that helped cut the grease from the buttered sourdough bread and savory pastrami.

Norton’s also has a lot of different options if you don’t want their classical pastrami sandwich. The deli offers gluten-free bread as a substitute for only $1 extra and if you’re not a fan of sandwiches at all but want to try the best pastrami in town, Norton’s also has pastrami chili cheese fries.

Overall, I had high expectations for the sandwich and it definitely met them. The PLT served as a great lunch after my morning shift at work and I would definitely come back to try other menu items, especially the corned beef or Philly cheesesteak sandwiches.

UCSB sandwiches go a long way, subway does well in Visalia, I talked to your rep at college day at porterville college, I didn’t see natural interest in a 4 year natural science/ psychology major…a psychologist should make you laugh.