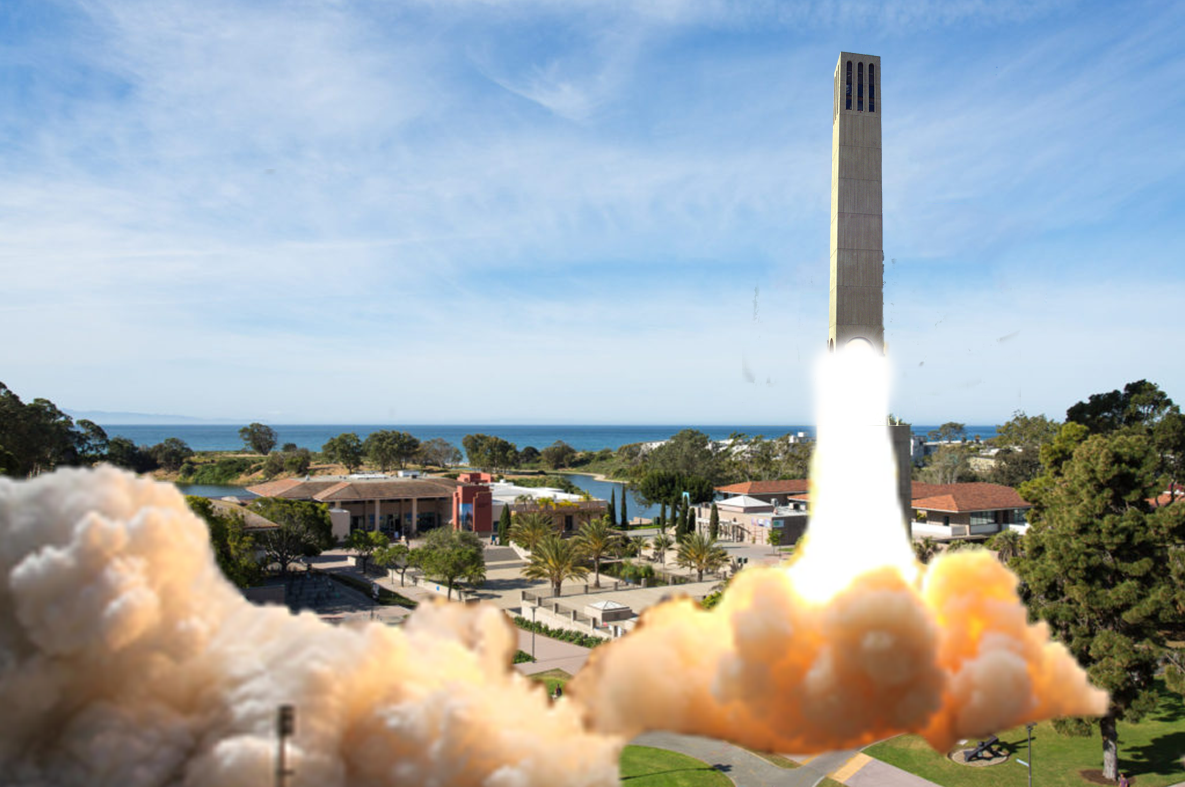 UCSB bore witness to a once-in-a-lifetime spectacle last week as Storke Tower’s countdown timer reached zero, its engines were ignited and it blasted off into the heavens. The roar deafened I.V. residents and shattered windows as far as the 68 block.

The massive plume of superheated gas from the engines instantly vaporized the KCSB headquarters that were previously residing under the tower. The adjacent Daily Nexus headquarters were fortunately left unscathed, presumably on account of the staff’s ritual sacrifices routinely made to appease the tower.

“Dude, it was so beautiful. A melancholy moment, but I’m glad Storkey can finally be free. It’s on a journey now,” said local first-year Sam Leonard.

Leonard’s comments echoed the feelings of many I.V. residents who felt sad that Storke’s Last Erection had to go but were thankful for the time they shared with it. Like an injured raccoon nursed back to health and then released into the wild, Storke is now able to explore the world beyond its foundations.

Following the initial launch, Storke Tower flew 40 miles into the mesosphere before turning back and taking a few victory laps around the Earth. A low flyby shattered every window in Cal Poly before Storke set off to chase the sunset, skimming low above the Pacific and boiling a thin layer of the ocean into an impromptu seafood stew as it went.

Following its brief but storied world tour, Storke returned to UCSB, circling above the campus thrice before turning its Juul-esque belfry toward the sky and the stars. The streets of Isla Vista, the Arbor and the smouldering remains of Storke Plaza were crowded with students and faculty, all waving their bittersweet goodbyes to UCSB’s most treasured phallic landmark.

Olé Gaucho was last seen riding the jet-propelled campanile à la “Dr. Strangelove” and is not expected to return.

Tears were cried, poems sung and stories recounted. And above all of this, Storke’s fire slowly faded from sight as it left the atmosphere and the gravitational pull of Earth, arcing toward the cosmos and into eternity. Goodnight, sweet prince.