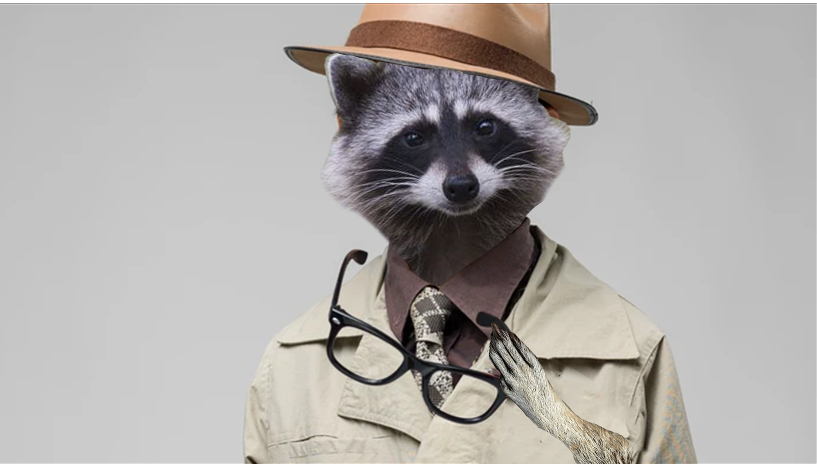 PHELPS HALL — A wave of disillusionment fell over the faces of 20 wide-eyed pupils Thursday upon their discovery that their beloved teaching assistant, lack of living wage and all, was not the mathematical wizard they had believed him to be, but rather eight scholarly raccoons with an affinity for circus-like balancing acts.

The deceptive eight had been standing upon each other’s shoulders and collectively donning a blue button-up shirt and khaki pants (with two raccoons in each pant leg) since the beginning of winter quarter, flying under the radar as a Math 4A teaching assistant by the name of Charlie Tan.

“Now that I look back on the quarter, it makes a lot of sense,” recalled Gillian “Gill” Able, a student in Charlie’s section. In addition to his unsteady saunter into the classroom, typically knocking over desks on his journey to the forefront of the teaching vessel, “He always spread out a bunch of garbage on the front table ‘as a snack,’” according to Able. “There was just an abnormal amount of hissing involved in discussion, but no one ever really questioned it. Y’know, because no one asks questions about anything in section.”

“SSSsssSsSSSSSSsssssSSs,” the raccoons indignantly hissed in unison when asked about the COLA movement. “SsssSSSsssSSsssSsSsss.”

UCSB faculty denied Nexustentialism’s request for an interview but added that they still defend the credentials of the raccoon gang, despite their refusal to offer the mischievous mammals a living wage.

The raccoon octet plans to participate in the strike against the UC system on Thursday in support of a living wage for all graduate students.

Charlie Tan is set to finish off the quarter as a TA and is likely to return for spring quarter, as anonymous comments from students have revealed their teaching style to be “surprisingly better than average,” noting that “[their] expectations were low to begin with.”

Even though the 8 raccoons only TA one class together they each want the COLA increase.