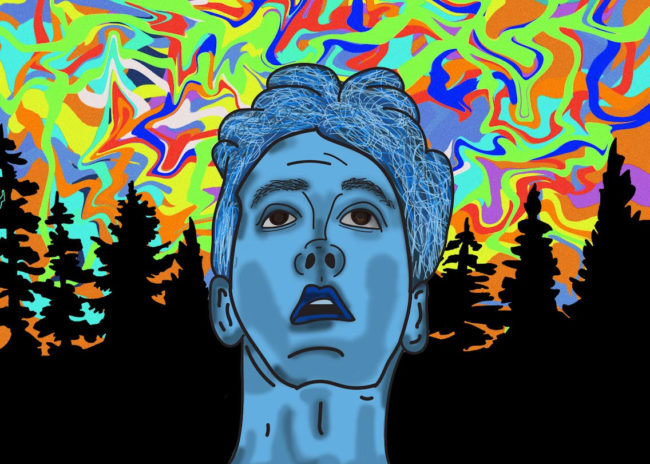 Every couple months, I find myself at the In-N-Out drive-thru. I scan the menu, knowing what I should order, but I’m nevertheless tempted by the forbidden fruit: beef. “Don’t get the meat,” I say to myself. “You know it takes 660 gallons of water to produce one hamburger.” Sometimes, I stay strong and get a grilled cheese sandwich. But other times I think the hamburger has already been made, so what does it matter whether or not I eat it?

This voice in my head is the voice of cynicism. The animal is already dead. The water has already been used. The methane from that cow’s farts is already in the atmosphere. I’m just one person, and this one burger ultimately won’t make a difference. Right?

If everyone thinks, “I’m just one person, I can’t make a difference,” then nothing will ever get done.

Here’s the thing: It’s not completely our fault that we feel this way. Most news and media outlets aren’t reporting politics in a cut-and-dry way. Instead, they use something called tactical framing. An example of this is the coverage of the Green New Deal. Essentially, it is the practice of framing news stories around how the Green New Deal divides the Democratic party or how Nancy Pelosi or Donald Trump feel about it. What the news doesn’t say is what the Green New Deal actually is, or why we need it. Kathleen Hall Jamieson, a professor of communications at the University of Pennsylvania, has written an entire book on how this type of news framing makes the public cynical. When the news focuses on strategy over substance, people are less informed on the facts. I didn’t even know what the Green New Deal was for a while. What I did know was that the GOP hated it and that it would never pass. Tactical framing often produces a negative effect by pitting people against each other and encouraging partisanship.

Cynicism is the enemy of progress. If everyone decides not to act because their vote doesn’t matter, or that abstaining from eating a hamburger won’t make a difference, then we can never move forward as a society. Take the climate crisis as an example. This might be the biggest issue facing our generation. The climate crisis means I might not be able to have children with the knowledge that they won’t live through an extinction. What types of things do we have to do to mitigate this crisis? Drive less, fly less, shop less, eat less meat and have fewer kids, among other things. But who cares if I drive downtown instead of taking the bus when everyone else is driving too?

Things can get better, but we need to act now.

It’s true — in order to make a real difference, everyone has to take these steps individually, and there’s no time to be cynical. We need to cut 45% of carbon emissions by 2030 to keep global temperature rise below 2 degrees Celsius. Ocean acidification has killed 50% of the world’s coral reefs in the last 30 years. Up to 200 species go extinct every day. I don’t want these facts to scare anyone into submission: Things can get better, but we need to act now.

One of the most important things we can do as citizens is be politically active. Super Tuesday is on March 3 this year, and the participating states are Alabama, Arkansas, California, Colorado, Maine, Massachusetts, Minnesota, North Carolina, Oklahoma, Tennessee, Texas, Utah, Vermont and Virginia. It is the single most important voting day in the presidential primary. On Super Tuesday, the greatest number of delegates will be voting, meaning that more delegates can be won on March 3 than on any other day in the primary. And for the first time in a while, California is part of it. Colorado, Minnesota, North Carolina, Virginia — all of these are swing states that will play a huge role in determining our election. Whoever sits in the Oval Office for the next four years will help determine what our future will look like. Our vote matters now more than ever before.

The last day to register to vote in California has already passed, but that doesn’t mean you can’t vote. Same Day Voter Registration, or Conditional Voter Registration, is now state law, and it means anyone who is not registered to vote can still go to the polls and fill out a ballot. There are no excuses. We can’t afford to sit this one out. We can’t afford to be cynical.

Anabel Costa implores you to vote on March 3.