Su’s Bowl opened its doors at the end of 2019, bringing a taste of authentic Chinese food to Isla Vista. It’s located on Embarcadero Del Mar and replaced what used to be Wecook, another Chinese restaurant. I’ve been wanting to try Su’s Bowl for a while since I had been hearing good things about the authenticity of the food, so I finally carved out the time to do so. 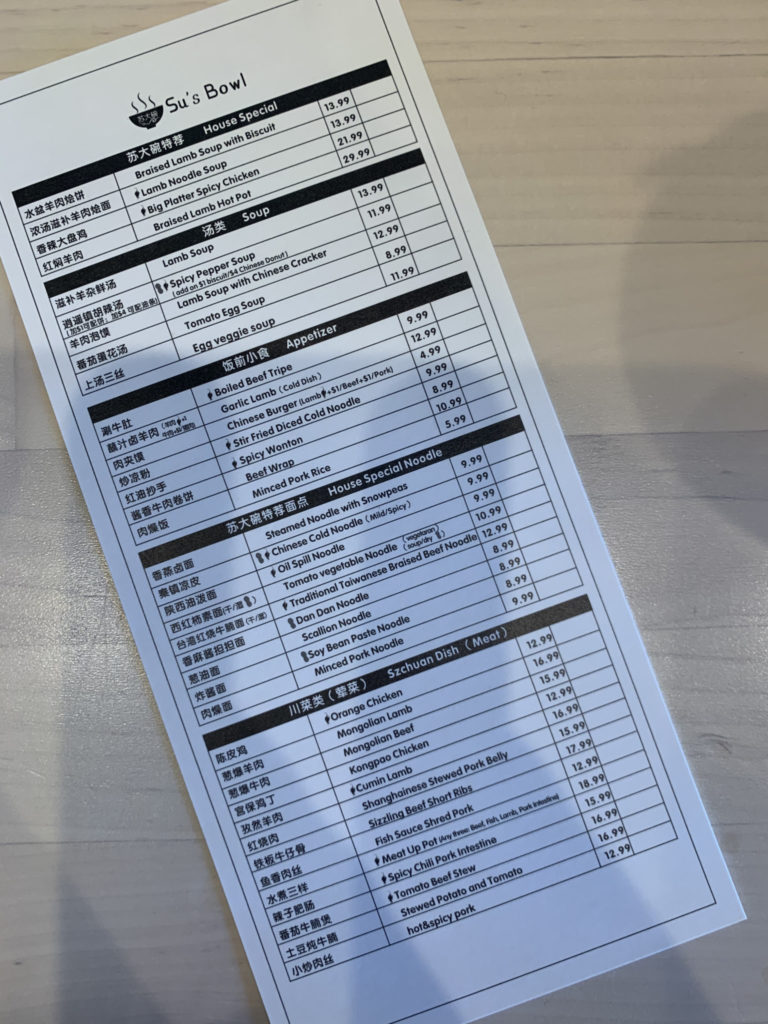 I visited the restaurant during lunch hour on a Friday, and there were plenty of tables open. The ordering style at Su’s Bowl is designed so that customers simply mark off the dishes they want on a paper menu and hand it to the waiters. The restaurant has a vast variety of Chinese dishes to choose from including Szechuan dishes, sizzling pots and an assortment of different noodles and fried rice. I was eating with a friend, and we decided to share the Traditional Taiwanese braised beef noodle and the Chinese burger with lamb meat. 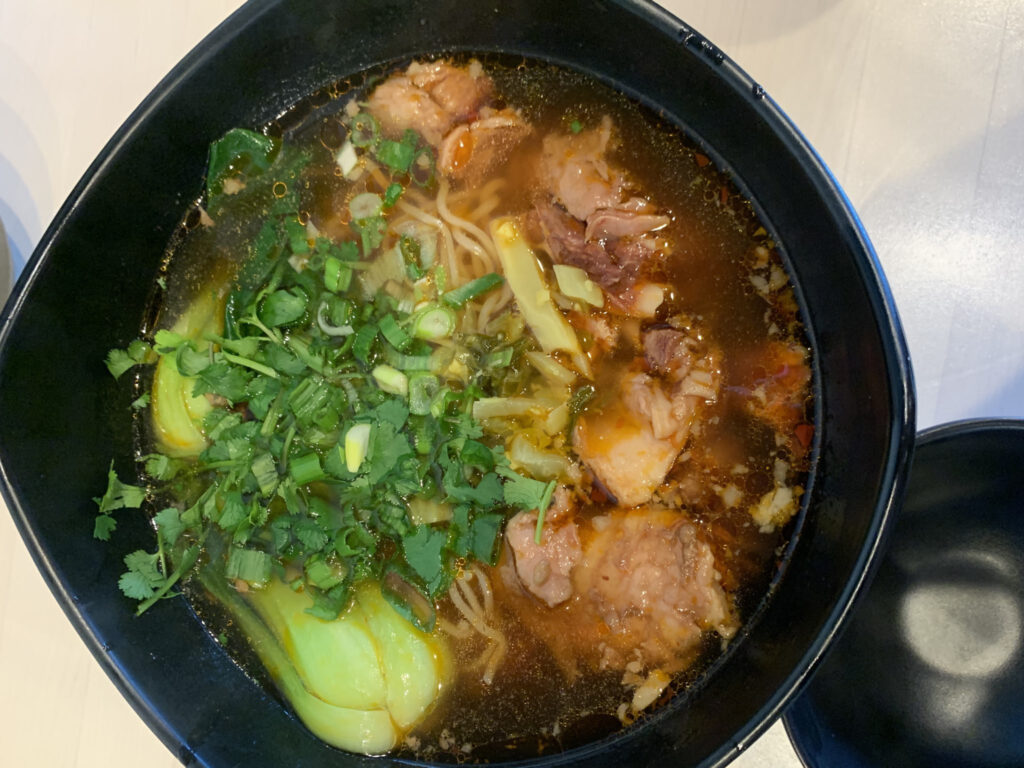 The beef noodle soup was pretty tasty compared to my relatively low standards of Asain food in I.V. The broth was flavorful and not watery at all, as I could taste the various spices they used in the soup. The noodles were chewy, and the meat and vegetables were decently good. The only criticisms I have are that I thought there was not enough bok choy, and some pieces of the meat were a little too fatty for my taste. However, this bowl of noodle soup was a good portion of food, as my friend and I barely finished the whole thing. I could definitely see myself ordering this again on a cold day to satisfy my cravings for a hot, steamy bowl of noodle soup. 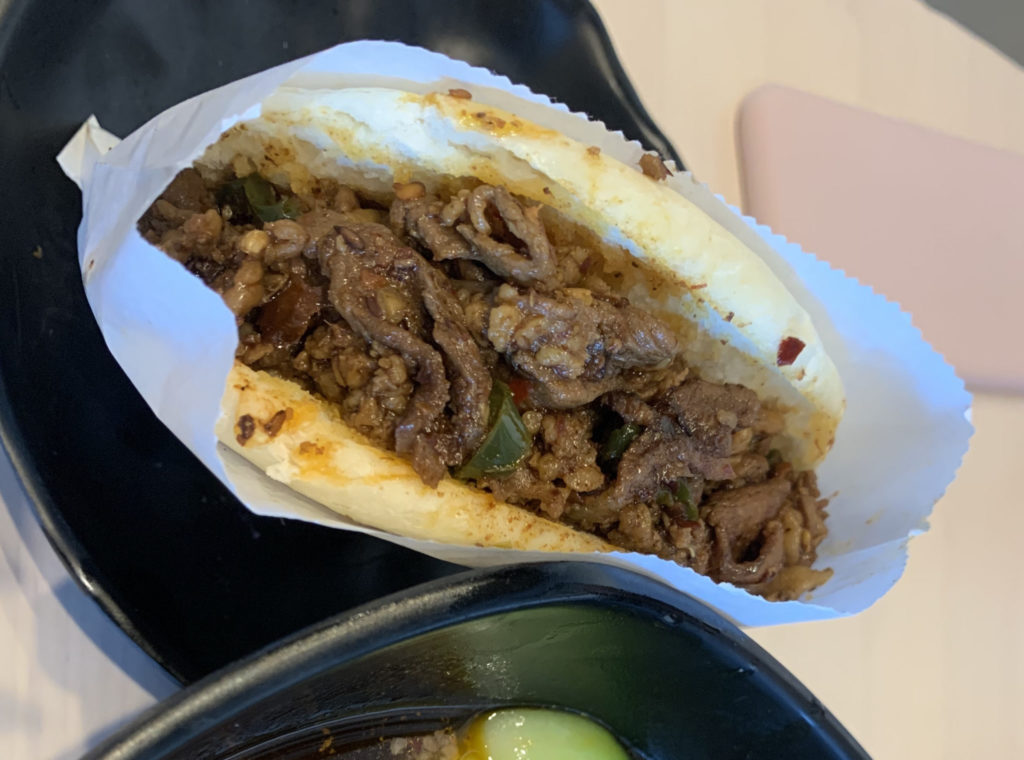 I had never tried a Chinese burger before coming to Su’s Bowl, and although I was skeptical at first, I’m glad I discovered this dish. A Chinese burger is a well-known street food that consists of your selection of meat sandwiched in between two pieces of flatbread. The bread was slightly toasted, giving off the perfect crunch, which contrasted the texture of the meat. The lamb meat was flavorful, and they were not stingy with their portions at all. I would warn those who do not like spicy food, as this burger is pretty hot despite the fact that it doesn’t look spicy at all.

Overall, Su’s Bowl made a pretty good first impression on me. The food was tasty and as authentic as you can get in Santa Barbara. Additionally, the dishes were reasonably priced for its portion size. I would definitely recommend coming here with a friend so you don’t spend too much money and so you can try a larger variety of dishes. The next time you’re trying to decide what to eat in I.V., give Su’s Bowl a try. With such a huge number of dishes on their menu, there’s bound to be something that you enjoy!