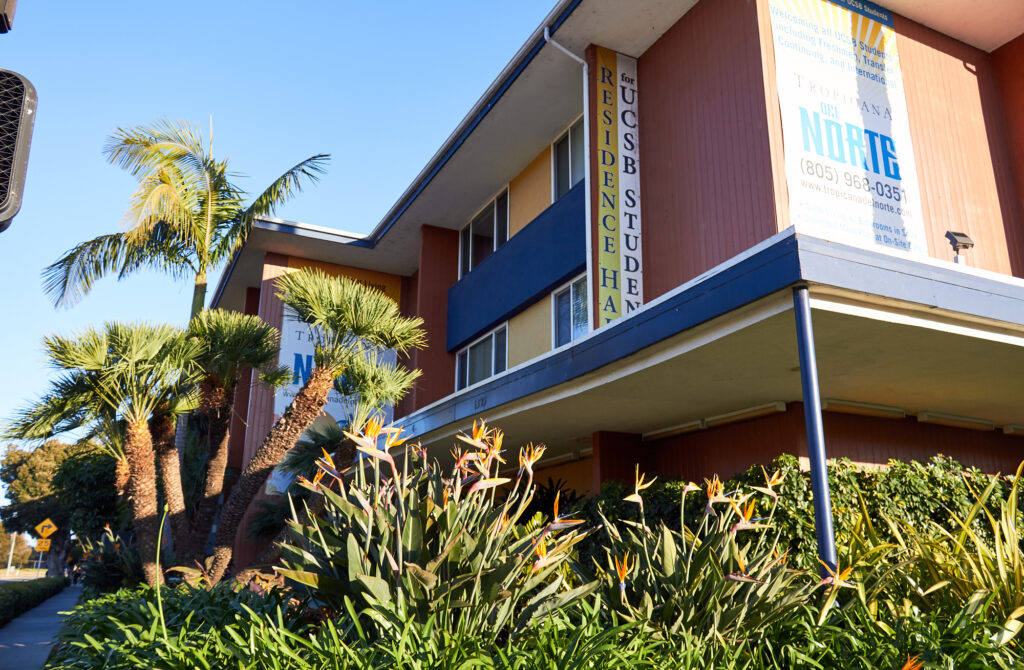 SBCC students have been housed in Tropicana for over 20 years. Andrea Verdugo / Daily Nexus

“After evaluating our numbers over the past couple of years, [Tropicana Student Living] decided that it was best for all parties to make a change to better support both sets of students,” Wilcox said.

“Now, with all the students [in one dorm] attending the same school, everyone can start and end at the same time,” he added.

Wilcox emphasized that there will be no change in the number of SBCC students and UCSB students living in Tropicana Student Living overall.

Regardless of the housing change, Wilcox said that incoming UCSB and SBCC students will receive the exact same residence hall experience as students have had in the past.

“Now we can provide more direct services that are 100% geared towards their specific school,” Wilcox said.

Tropicana Student Living talked with both SBCC and UCSB administration to inform them of the decision and to see if there could be any negative impacts, but “everyone we spoke with all saw the benefits of making this shift,” Wilcox said.

Tropicana Del Norte is currently being advertised to SBCC students on the university’s website under the housing section, according to Wilcox. As opposed to living in a house or apartment in Isla Vista, downtown Santa Barbara or the general Santa Barbara area, Wilcox said, “if SBCC students want to have a residence hall experience, Tropicana is the only option available to them.”

Surely this has nothing to do with the swiftly shifting demographics of UCSB and their increasing incompatibility with the average CC student (or normal people in general)… Starting in August versus September? Ending in May versus June? Irreconcilable!

If there’s any doubt in your mind what I mean here, just look at the 4th years here, then the 1st years. Yang’s figured out how to fix the “party school” reputation.

Weird, UCSB owning a dorm for SBCC students. One might suggest housing instead the UCSB students who are sleeping in cars and campers over on the west end of IV.

UCSB owned property should be servicing UCSB students. Tropicana is right next to UCSB not SBCC.

So UCSB rents to SBCC students. One wonders if that happens at any other UC campus. Doubtful. Is the because UCSB purchased a privately owned dorm that catered to SBCC students and now cannot kick them out? This is something for the office of the president to take a good hard look at. Last I checked UCSB is in the business of serving UC students.