We’ve all heard it said that there’s nothing like a summer in Isla Vista. However, some Gauchos would rather skurt after turning in their last blue book and return to their hometown, feeling obligated to connect with high school friends and to see how many people have gotten married, pregnant or pyramid-schemed since graduation. For those of you deeply regretting that decision, don’t worry. As it happens, plenty of fine literature has been written about I.V. summers, where the weather is (sometimes) warm and the people are (sometimes) fun. Simply pick your favorite genre below, and live the experience from home!

The Disappearing Snow: Summertime at 65 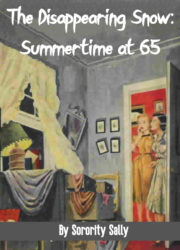 Sorority Girl Sally and her 30 other housemates from Alpha Neigh Beta investigate their four-bedroom oceanside abode after discovering that their summer stash of coke has suddenly disappeared. Will the girls ever find the culprit, or will they turn on each other, mocking each other’s Instagram accounts behind their backs until their home inevitably falls into the sea? 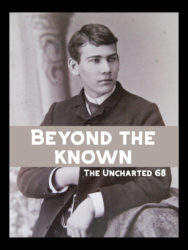 Beyond the Known: The Uncharted 68

Based on the found journals of 2010 alum Gary Filmore, “Beyond the Known” recounts Gary’s arrival to his home for the upcoming school year, past 66 and 67 and into the wild and untamed 68. Read on as Gary defends his quaint homestead against the elements, raccoon armies and vicious skunks, and as he tries to make peace with the elusive old people neighbors that actually live in I.V. for fun. All of this while trying to find a subleaser. 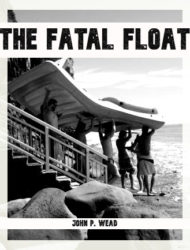 One hot summer day, 10 Gauchos lead an ensemble of two of the largest floats I.V. has ever seen into the waters of DP. However, Captain Harry Jackson, on his sixth White Claw, forgets any semblance of a paddle and realizes this long past the point of return. Surviving off of only the myriad of alcohol stored on their vessels, “The Fatal Float” recounts stories of adversity, friendship and strength as this group of 10 attempts to paddle with weak, inebriated arms back to the beaches of which they came. 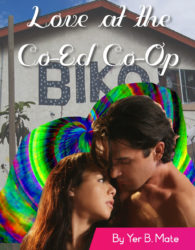 Love at the Co-Ed Co-op

The first time sparks flew between Min and Kyle was when their hands touched as they reached into one of the six fridges at their co-op, the Eddy Sandiass House, for a home-brewed kombucha they both thought was theirs. Though Min and Kyle live rooms away from each other (between Jayden the wicken and Haus the German exchange student), their love is too strong to keep them apart. Between secret meetings at the compost out back, or not-so-secret obscenely loud and foul-smelling love making sessions heard ‘round the house, their love is one to behold. If descriptions of running hands through white-guy dreadlocks turns you on, this is the book for you! 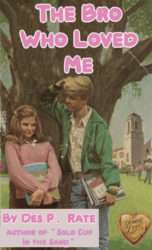 The Bro Who Loved Me

A random hookup at a sparse session B party leads to a summer of love for junior Lexie Christiansen and self-proclaimed bro Pete Muchabag. Read on as Lexie tries her best to ignore Pete’s many inadequacies (his vague sexism, his many basketball jerseys, his pale, weak body) in order to maintain a consistent source of dick during the hot summer months. Is their love strong enough to conquer the next year, or will they break up week two of Fall Quarter? 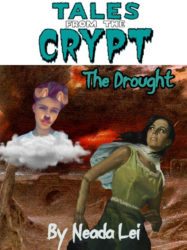 In hopes of a hot girl summer, Lucy Nguyen scours Tinder for a hookup worth writing home about. But as half of I.V.’s fuckable demographic has left town, Lucy falls into a Tinder abyss, and she soon realizes she’s been swiping left on the same four sub-par guys. Read in horror as she tries both bumble, hinge, and (out of desperation) farmersonly.com, only to find nothing but those same haunting faces. As session A crawls into session B, her dreams are all but depleted. Will she survive the harsh summer or succumb to “Joshua” whose only photo is a Snapchat screenshot of himself with the puppy filter?

Emma Demorest can assure you at least five of these six stories are true.