The Daily Nexus
The Daily Stench
Graduating Alcoholic Takes Grad Photos in SOS Liquor
June 6, 2019 at 4:20 am by Ollie Tabuzzball 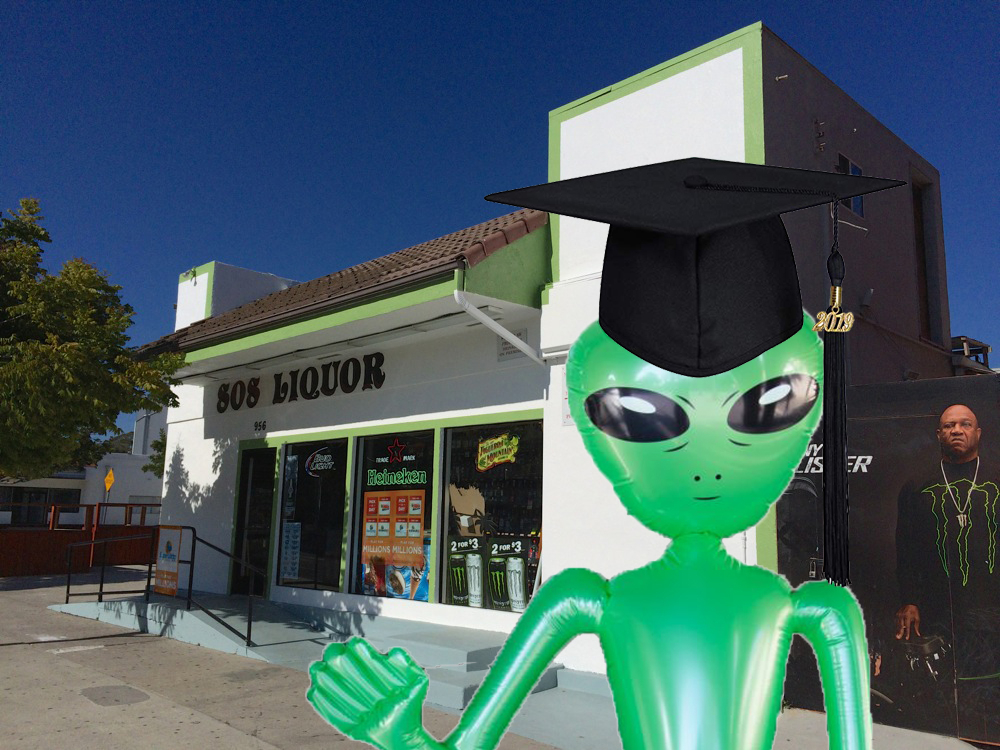 In an unsurprising yet disappointing series of photos, it would appear that local senior and alcoholic Becca Chugg took her graduation photos in SOS Liquor, citing the memories and lessons learned from SOS that helped shape her college experience.

The senior is reportedly graduating UCSB with a B.A. in sociology and a passion for mixology, according to the bedazzled decorations on her grad cap. Moscow Mules aside, Chugg put in the work and earned her degree from the nation’s fifth best public university. With this impressive accomplishment under her belt, what’s next for Chugg? So far, the only thing planned on the horizon for Chugg is the all-day Chili’s happy hour on the Sunday of her commencement ceremony.

When Nexustentialism asked her family for comment on her grad photos, Chugg’s father, Mr. Chugg, responded, “Rebecca did what?” right before immediately hanging up the phone on our reporter.

Though Becca Chugg’s photos captured the imaginations and Instagram likes of many, her grad photoshoot is not uncommon, especially in a place like Isla Vista. While this spike in alcohol-centric graduation announcements may seem alarming to some, Chugg knows that it’s all in jest. Sipping her usual morning White Claw, she concluded, “Hey, it’s only alcoholism if you keep drinking like that post-grad.”