The Daily Nexus
The Daily Stench
“Who do you know here,” Says TA at Professor’s Office Hours, Near Finals Week
June 5, 2019 at 4:20 am by Samantha Truant 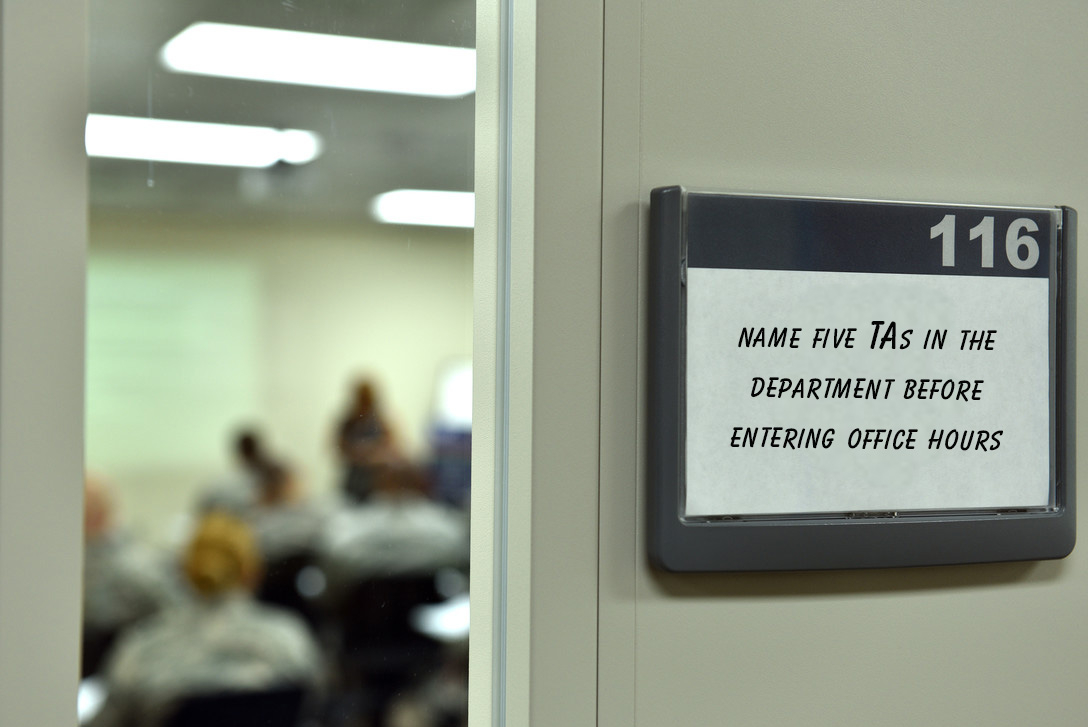 As finals week creeps near, students across campus are gracing their professors’ office hours, many for the first time all quarter. This has led to massive overcrowding in the office hours for a Theatre 5 class.

In order to remedy the overcrowding, one of the classes’ TAs, Musc Lee, was stationed at the door. He was seen to have been turning students away and only letting a select few in to speak to the professor.

“He asked me who I ‘knew here,’” said one confused student. “And apparently everyone was saying they knew the professor, so he said I couldn’t get in without an invite.”

Lee was also reportedly telling students that he did not want to mess up the ratio and therefore would only let a few freshmen in. Anyone with an ‘addy’ was granted immediate admittance. None of the students reportedly knew how to obtain the ‘addy.’

“When you sign up as a TA, you sign up for the tough jobs too,” Lee explained. “Sometimes that means limiting certain students access to the knowledge their professor has in order to let a particular group of students gain that knowledge. Haha, it’s just how it is.”

Most of the students of this theatre class are expecting to fail their upcoming finals. They blame their lack of preparedness on being turned away from office hours and not the fact that they have yet to study all quarter or even attend class.

Samantha Truant thinks that there should be a bouncer at ALL office hours.