The Daily Nexus
The Daily Stench
TA of Monday Morning Discussion Section Gets Sexual Pleasure From Hearing What You Did This Weekend
June 3, 2019 at 4:20 am by Ryan Milton 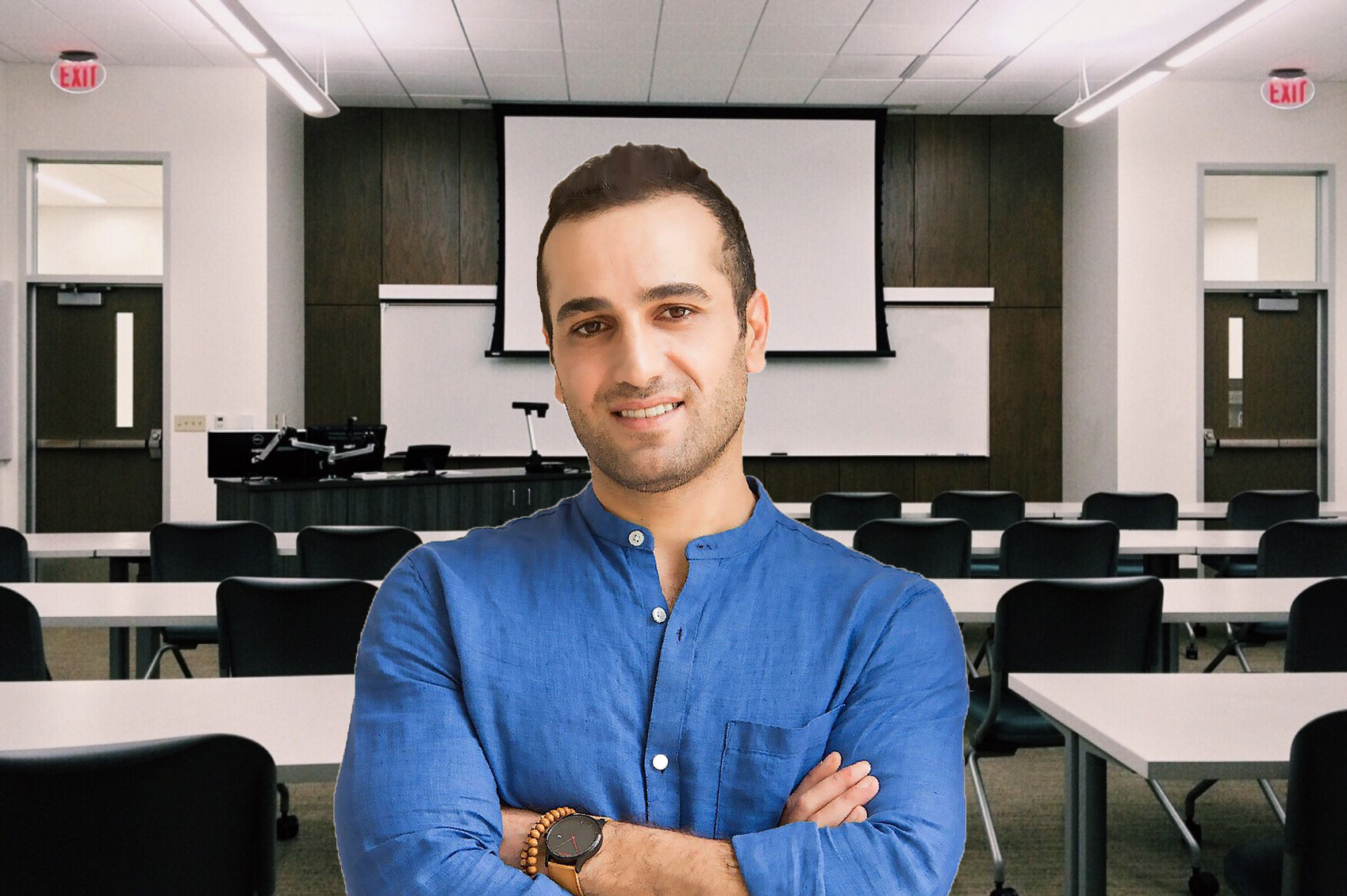 It takes an especially driven person to become a TA for a class of undergraduate students and even more so for those brave souls who decide to take on discussion sections on Monday mornings. We at Nexustentialism wanted to try to learn what makes these underpaid graduate students want to deal with the groggy-eyed, irritated and mute Monday morning discussion sections. Could it be they have an innate love for Mondays? Do they just not want to get their sections over as soon as possible? Or is it something much, much more … peculiar?

To get to the bottom of this dilemma, we interviewed a current graduate student in the Mathematics Department, asking why he prioritized having a section at 9 a.m. on a Monday morning. Isaac Ndahed, the aforementioned graduate student, let us interview him in his single apartment with his mattress on the ground and Imagine Dragons playing quietly in the background.

“I used to hate Monday sections. Like absolutely dread them. But a few weeks into last quarter my girlfriend dumped me for a classics grad student named Xavier. Fuck that guy. So I got pretty lonely and sexually deprived,” Ndahed stated.

Through his emotional and physical loneliness, Ndahed started finding solace in the bright, young faces of his discussion sections. Eventually, he realized that Mondays are where he gets most of the “juicy details” about undergraduate life, and that is where he felt the least alone.

“So that’s when I started exclusively having Monday sections, and I found out besides just jerking off, I could get off by hearing what the students did during their weekend. It’s literally my favorite question to ask, and I ask it right when class starts,” Ndhahed replied.

He told us that he will not even start class until at least someone tells him they got black-out drunk or lost their “coke-ginity”. His taste for stories the students tell has gotten quite particular, and he stated that he now frequently kicks students out of his class if they tell him they “just slept” during the weekend.

Isaac gave us his permission to use his real name for this article, but we questioned why he would want this information to be posted after he told us his main reason for solely choosing Monday mornings. Yet he told us how it is “actually a pretty common kink in the Math Department”.

Though we did not exactly love to hear about the sexual tastes of a graduate student who should probably just download Tinder, it did give us an interesting peek into the exciting life of groups like TAs, who are often taken for granted. With this knowledge, hopefully more undergraduate students will learn to avoid these sections like the plague or at least not have boring weekends.

Ryan Milton personally thinks graduate students in the math department are hot and should wait for a girl that likes wearing running shoes and jeans just as much as them.