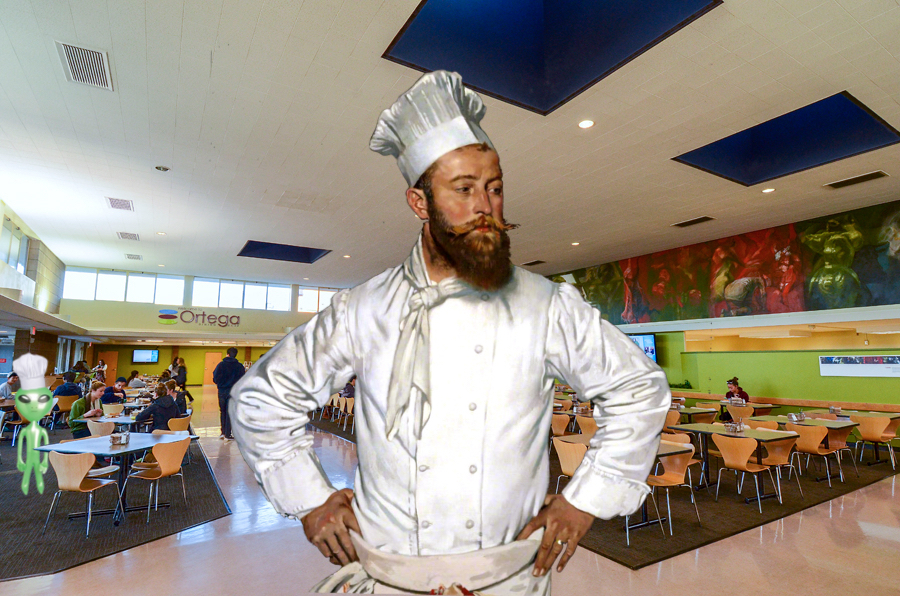 In an email from UCSB Housing, Dining & Auxiliary Enterprises, it was announced that the head chef and meal planner for Ortega Dining Commons has regained his sense of taste after 20 years of being bereft of it.

Chef Taye Stless lost the function of his taste buds in 1999 as symptom of a rare foodborne illness which he is rumored to have contracted by eating food he prepared himself. He has been cooking without being able to taste his food since then. His culinary musings during this period of tastelessness developed into what many Gauchos know as Ortega’s signature taste, which has been described as “squishy” and “occasionally pretty good.”

“I would like to thank the University for standing by me in these trying times,” Stless said. “Although this has been a drastic shift in my life, I promise that I will keep the flavors that these students have grown accustomed to, while maybe trying out some salt here and there.”

Some Gauchos have commended his bravery in the face of a condition that probably should’ve ended his career.

“I just think it’s incredibly brave that despite his complete inability to monitor the quality of food he was providing, Stless never stopped pushing out a definitionally edible product to the masses,” second-year Mallory Comida said.

When asked why UCSB Housing, Dining & Auxiliary Enterprises didn’t reassign Stless to a less taste-centric position, a representative told the Nexus that despite his lack of flavor perception, Ortega has had the lowest number of cases of food poisoning year after year under Stless’ direction.

“When people questioned my ability to continue cooking, I always told them that Beethoven wrote his greatest symphonies after he went deaf so I planned to do the same,” Stless said.

Students who are regularly subjected to the food that Stless and his team produce are cautiously optimistic that the food might improve from the level slop to something more akin to mush.

A. Wiessass is more of a Carillo man himself.