The Isla Vista Recreation and Park District hired UC Santa Barbara second-year Whitner Grange as a new director during the May 16 board meeting, following the resignation of Director Jacob Lebell in early March. 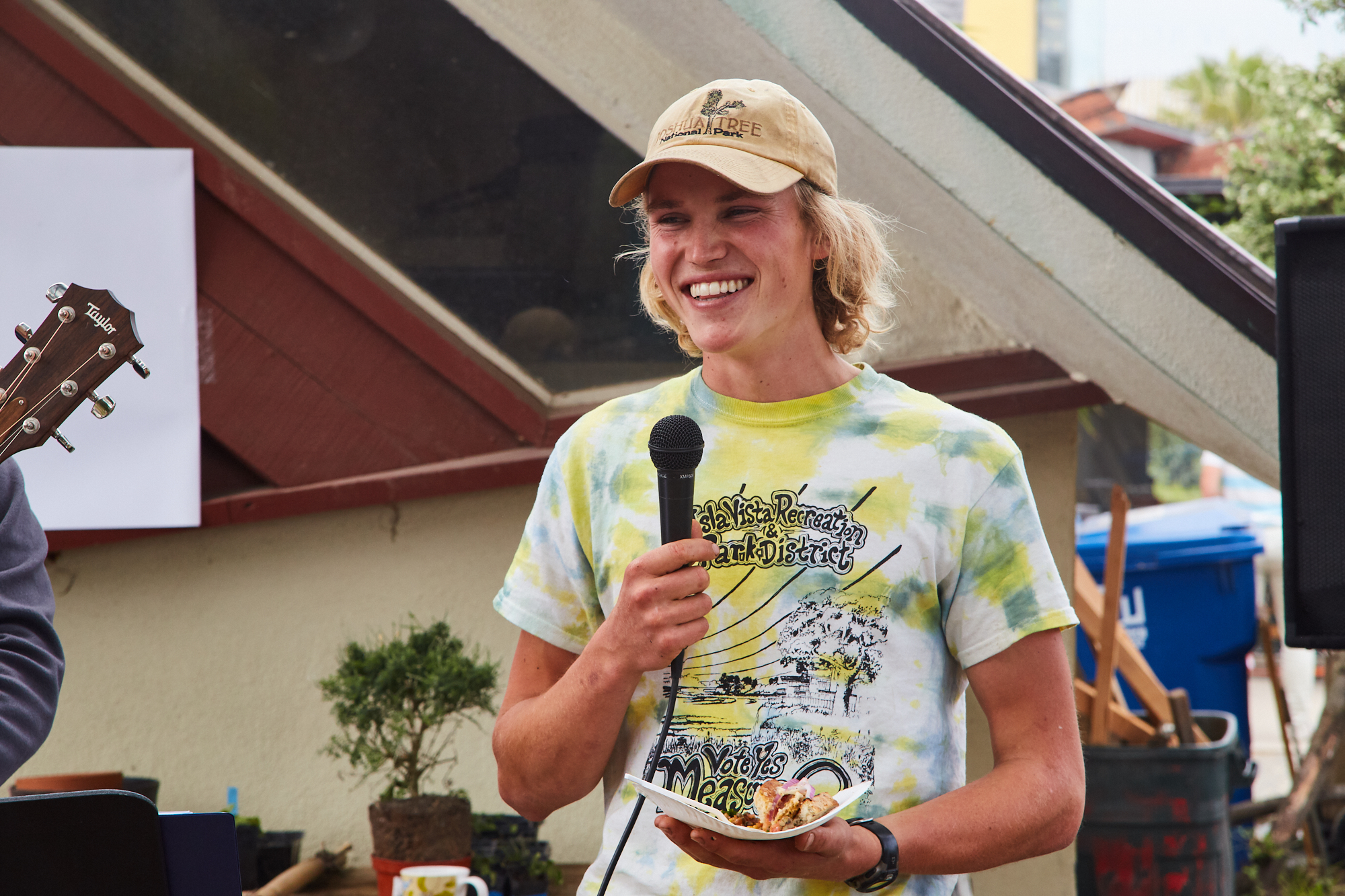 Grange (pictured above at the opening of the Edible Garden Project) will be serving on the board until November 2020. Nicole Wallace / Daily Nexus

Grange, an environmental studies major, will be joining Carlos Lopez, Pegeen Soutar and Sarah Bernard on the Isla Vista Recreation and Park District (IVRPD) Board of Directors.

Grange’s term will span from May 2019 to November 2020, filling in for the remainder of former Director Lebell’s term.

He filled one of two open seats on the board; the second spot is up for grabs following Director Celine Washington’s decision to leave the board, announced by Lopez during the same meeting.

At the meeting, Bernard said she has confidence in Grange’s capability, especially with the projects he can bring to the board.

“I think I see a lot of potential with Whit, with a lot of projects that include the community garden, including all different types of groups from the community,” Bernard said.

Grange first learned about the opening through his work developing the community garden at the University United Methodist Church on the corner of Camino del Sur and Sueño Road.

Grange said his previous work in I.V. has familiarized himself with the area and invested in him a significance for I.V. parks.

“I think a lot of college students don’t really see I.V. as much of a community at all, but the parks are a space where people can come together and neighbors can meet each other,” Grange said.

As a new director, Grange said he wants to focus on local community-based projects. Grange said community gardens, local government and being a part of the community are what he enjoys.

Grange hopes to learn more about the process of achieving projects in the community and “seeing how that project culminates and how funding is pulled together and how staff works with board members, works with the community.”

“If someone has an idea for a project in their community or if someone has some sort of vision they want to accomplish, the process for something like that, start to finish, is really cool,” he said.

“Just how all these different things come together because there’s so many parts in play, it’s almost mind boggling.”

Grange plans to work on several projects, including the expansion of Estero Gardens and the development of the new community center set to open in August.

However, Grange hopes to see more students come out and interact with some of the more permanent residents in Isla Vista.

“Most students view I.V. as a transitory place. Something you hear a lot with graduating people is like, ‘Oh yeah I’m over I.V.’ or whatever. People just have a certain idea over what the culture is in I.V. and don’t really try to explore beyond that,” Grange said.

“It would be cool to see people just meeting more of their neighbors and walking around with their headphones in less often.”

and so the pattern of un-elected officials spending our hard earned tax dollars continues. Why bother to run for office in IV?–just wait for someone to graduate and the door is open. Meanwhile pruning a tree in an IVRPD park means just leave the branches on the ground for a month or two or three. Perhaps it would be best to just prune the IVRPD.

The original CSD, sucking on the tit of the students in lieu of hiring gardeners