The Daily Nexus
Student Gov
“Gray Area” Of Eligibility Portion of A.S. Legal Code to Remain Unaddressed
May 22, 2019 at 12:33 am by Sanya Kamidi

The question of whether or not there are any consequences for elected officials who violate the eligibility requirements in Associated Students Legal Code will remain unanswered this year, as the 69th Senate terms out Wednesday evening. 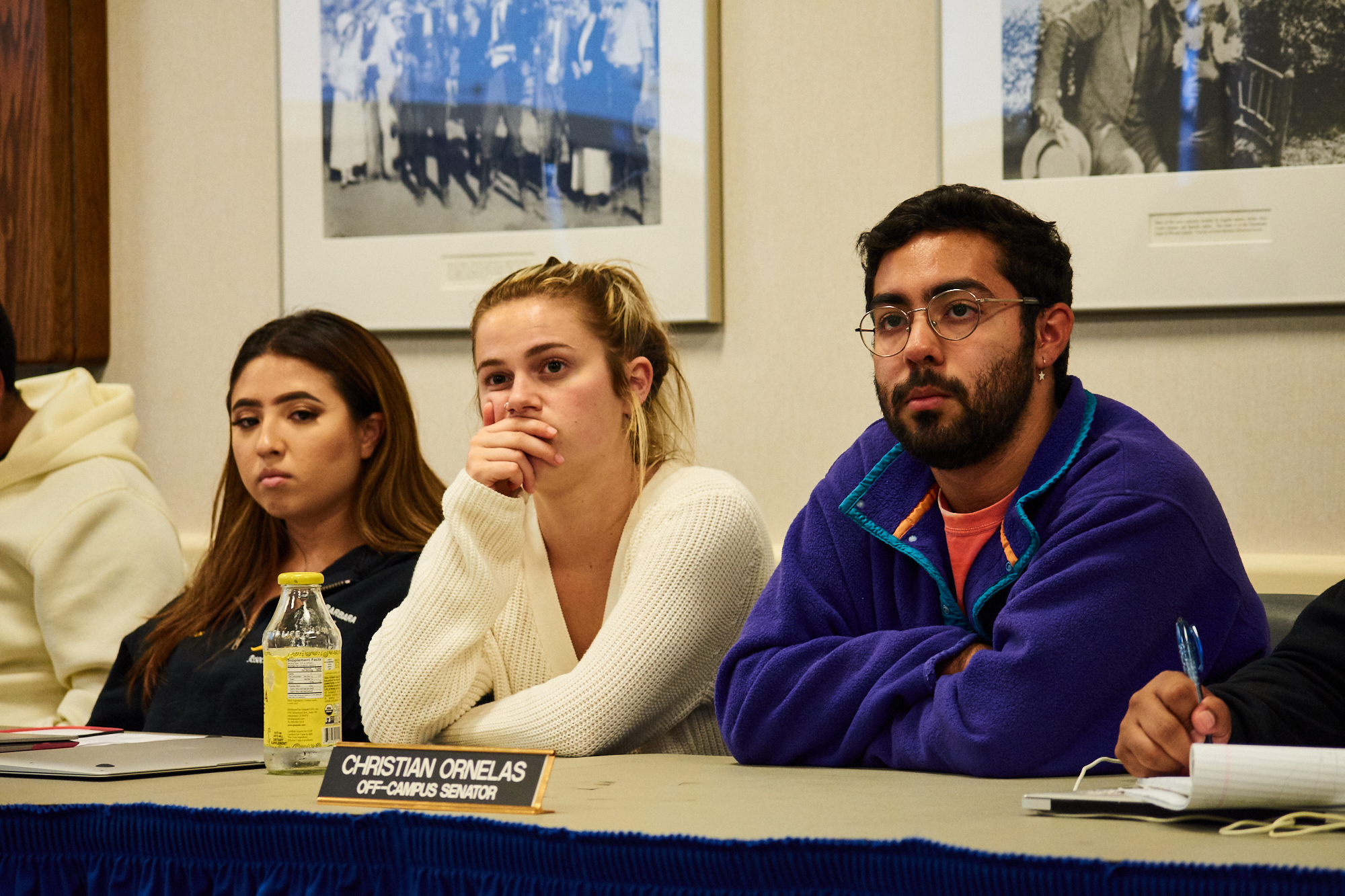 Faults in the eligibility portion of Legal Code were highlighted twice during this Senate’s term — once in November, when former On-Campus Senator Yasamin Salari announced she was living off-campus and out of her constituency, and again in February, after the Nexus reported that four executives over the last five years had not been enrolled in school while serving their terms.

During a Senate meeting in November, Salari told the Senate that due to financial reasons, she was not living on-campus, bringing into discussion the portion of Legal Code which requires senators to “live among their constituents during Fall, Winter, and Spring quarters of their year of elective service.”

At that meeting, the Senate granted Salari a one-time exception, with the stipulation that the Senate would later introduce legislation updating the eligibility section of legal code.

College of Letters & Sciences Senators Ricardo Uribe and Xochitl Briseño first introduced a modification to Legal Code at the Feb. 6 Senate meeting that would codify the one-time exception process that Salari went through.

Referred to as Standing Policy 36, the legislation would have updated Legal Code to clarify the consequences and proper procedures moving forward for senators “who [were] voted in to represent a certain sector of the student body but due to external circumstances no longer can identify with those constituents,” the policy said.

No longer “identify[ing] with those constituents” includes living off-campus when they were elected as on-campus senators or changing colleges as a collegiate senator.

With Standing Policy 36, senators would have been allowed to continue serving in their positions if the Senate felt they were adequately “attending office hours, attending BCU meeting[s], attending senate meetings, and [fulfilling] their other senatorial duties outlined per legal code,” and granted them an exemption.

At the Feb. 13 meeting, several senators raised concerns about the Senate being the ones to grant an exemption, given that it is a partisan body. Standing Policy 36 was voted on and failed with nine yeses, ten noes and two abstentions.

At the Feb. 20 Senate meeting, Uribe and Briseno introduced another bill to update the eligibility section of Legal Code. This one, however, gave the power to grant exemptions to the Student Advocate General (S.A.G.), who runs for the position independently and is required by Legal Code to be nonpartisan.

The bill also broadened the scope of who could receive exemptions, allowing for an elected official, including the S.A.G., to be granted an exemption for not meeting the eligibility requirements spelled out in Legal Code.

But this year’s S.A.G., Grecia Martinez, was found in violation of the very same portion of Legal Code by A.S. Attorney General Zeina Safadi, who released a statement on Feb. 26.

In the statement, Safadi acknowledged that “the course of action regarding Ms. Martinez becomes unclear due to the fact that the requirements for elected officers start and end in that very article [of] the Legal Code.”

“The ambiguity of the legal code on the Ms. Martinez’s case is simply a microcosm of the larger problem at hand with the text: countless incompletions and uncertain instructions that arise only when cases pertaining to such occur,” Safadi added.

Martinez maintained that she interpreted that portion of legal code as an expectation, and not an obligation, in an interview with the Nexus.

That bill was also tabled for a week, per Legal Code.

At the Feb. 27 Senate meeting, the bill was tabled once again. Uribe said that Elections Board had reached out to him and Briseño, asking for clarification about the bill. Since neither of them could meet with the Board before the Senate meeting, they decided to postpone the vote.

Since then, Uribe said he and Briseño have been unable to meet with Elections Board, particularly since all parties were busy with Spring 2019 elections. The bill has now essentially termed out, Uribe said.

Uribe said that he had no plans to introduce a new version of the bill at the 69th Senate’s last meeting this Wednesday.

Uribe still believes that some version of this bill is necessary, and said that he hoped Senator-elect Daniel Segura-Esquivel, who he has been training, will pick up where he left off.

Ideally, Uribe said, a new bill would give senators the power to grant exemptions to executives, and vice versa, which would allow for A.S. to maintain a system of checks and balances.

While he acknowledged the concerns other senators had raised about the Senate being partisan, Uribe said he didn’t believe it would be a problem because the vote would require a two-thirds majority, and one party typically does not win that many seats.

Without a clarification of the path forward for elected officials within A.S. who fail to meet the eligibility requirements, that portion of Legal Code will continue to be what several A.S. officials have referred to as a “gray area.”