The Daily Nexus
Nexustentialism
It's satire, stupid.
Senior Reminisces on Marks He Has Left on UCSB
May 16, 2019 at 4:20 am by Mark E. Stain 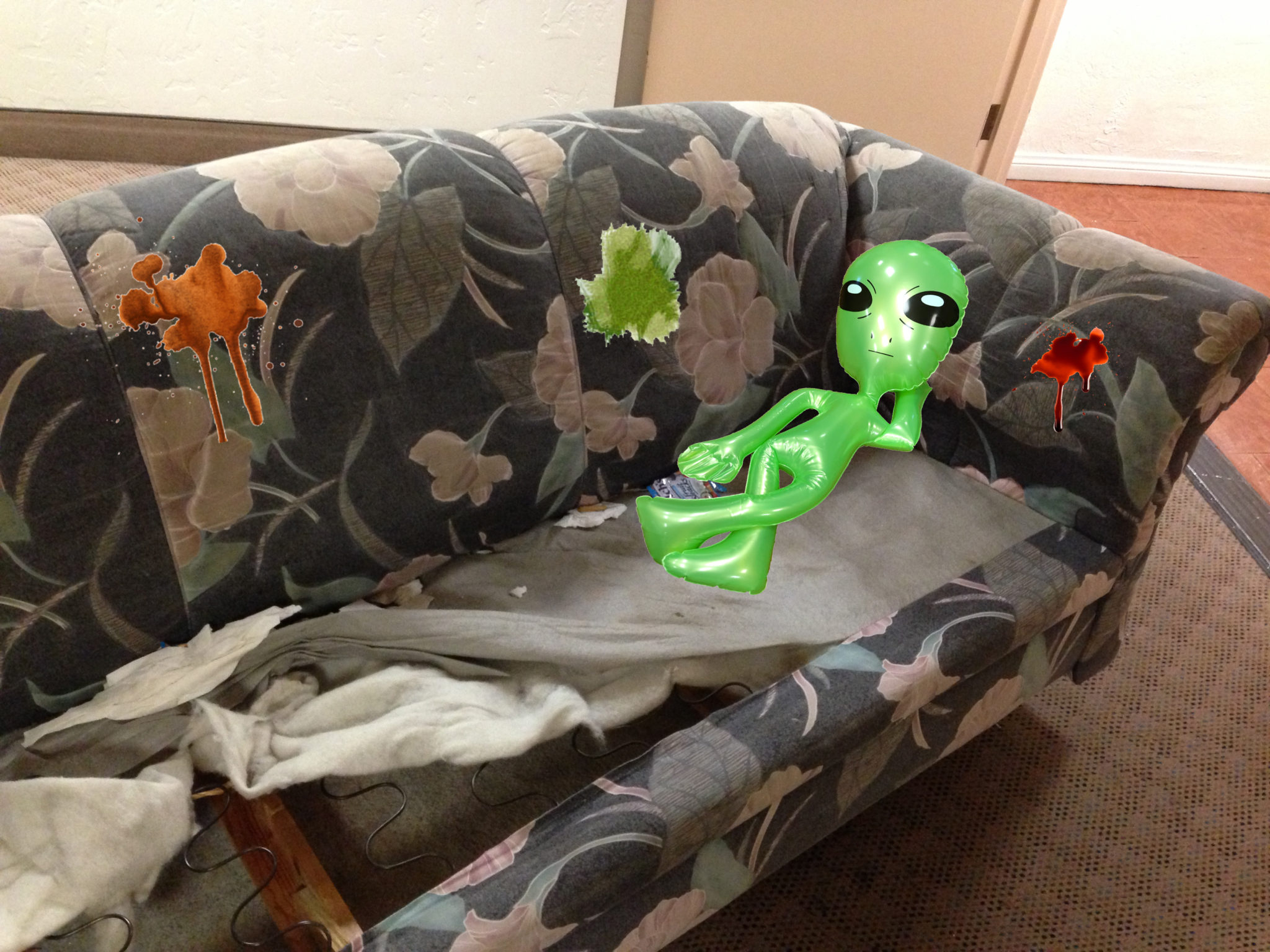 ISLA VISTA — Graduating senior Bob Lee-Fluids seductively laid upon his hand-me-down couch in his Del Playa home contemplating the last four years of his college experience. He looked lovingly upon the blue Frost Four Loko barf stain on the couch and began to contemplate the marks he’d made at UCSB. He looked at several other stains on said couch, proudly beaming at the parts of himself he would be leaving behind.

Reminiscing to his fraternity little about his many crazy nights, he pointed to each stain, remembering the meaningful story behind it. “This stain right here I made with Hot Jessica… this could have been my son, had I not pulled out,” Lee-Fluids sighed while gazing into the distance. “Oh…” replied his little, Matthew, shifting away from the crusted patch of suede.

As part of the fraternity’s tradition of sharing their history orally, Matthew noted each of the stains left by his lineage. Enthralled by its rich history, he ran his hands over a rather textured part of the sofa, asking, “Is this Braille?” It was not Braille, but in fact years of caked-on vomit in one specific spot.

“This is our yak corner,” Lee-Fluids said, pointing to a cushion slathered in curdled vomit. “Everyone in our fam has yakked there at one point or another… and someday you will too.”

Lee-Fluids suddenly fell silent, reflecting more upon his last four years. Coming in as a bio major with hopes of someday being the scientist to cure cancer, Lee-Fluids is finishing as a comm major and will have to settle with his hometown marketing internship. Upon this reflection, he realized that his greatest lasting impacts on the UCSB campus were going to be the fluids he left on this couch. The bonds of his fraternity brothers were strong, but not nearly as strong as the bonds between each cushion.

As he gazed upon the disgusting but well-loved couch with his little, he made his final mark on the UCSB community. A single tear rolled down his face and onto the couch, briefly rehydrating a splotch of week-old marinara sauce before finally staining the couch with one final mark of love for his college experience.

Mark E. Stain is a graduating senior who wants you to create your own stains on this campus!