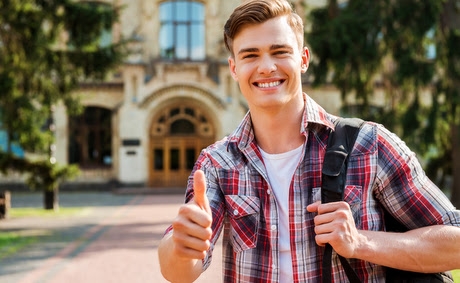 “What can I say? I’m just a feminist.” Daniels, a fourth-year film and media studies major, said to overwhelming cheers at an award ceremony in which he was decorated with a medal of valor by Chancellor Yang.

In an email to the Nexus, Chancellor Yang extolled heaps of praise for Daniels, whom he called “a model citizen and tender lover.”

“Bryce is the exemplary kind of sexual partner we strive to breed here at UCSB,” Chancellor Yang said in the email.

However, what Daniels cannot figure out though, in spite of his generous lovemaking, is why Payton remains cold toward him.

“Yeah, man, I don’t get it. In our three years of dating this is my first time eating her out, but for some reason she’s like, super pissed at me right now,” Daniels said to the press pool at the press conference following the award ceremony.

Alas, no good deed goes unpunished, and in the case of Daniels, that good deed was one minute and 39 seconds of trying to stick his tongue into his girlfriend’s vagina.

Betty Cocker got a tattoo of an arrow pointing at her clit that says, “IT’S RIGHT HERE.”