The Daily Nexus
The Daily Stench
Stagecoach Takes All the Racism Away from I.V. for the Weekend
May 1, 2019 at 4:20 am by Raffi Torres 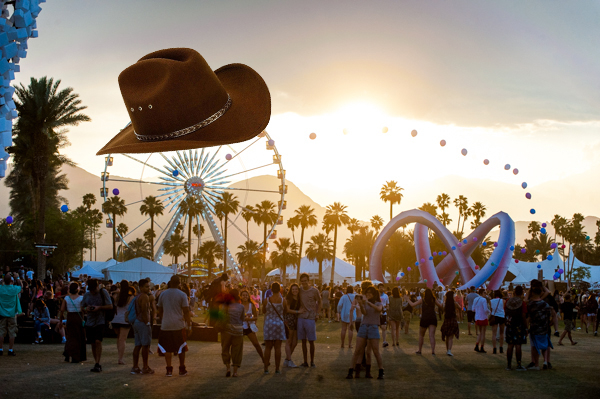 This weekend, in unprecedented fashion, Isla Vista witnessed an absolute first that shocked the local authorities. What was that first? Isla Vista experienced no racist incidents for the first time since March 1987.

“I’ve never seen anything like it,” Officer Pau Urtrip said. “I’ve never seen the minorities of this community so accepted and comfortable for this long a period. Two whole days!”

While the reason for the lack of racism cannot be 100 percent confirmed, it is most likely not a coincidence that this year’s version of the Stagecoach Festival, an annual country music festival in Indio, Calif., is also occurring this weekend. Every year, hundreds of UCSB’s country music fanatics migrate down south to be serenaded by Luke Bryan and whomever the fuck else they have performing.

While it shouldn’t be implied, country music’s fanbase does seem to encompass a certain white majority who typically hold cultural views linked with the southern part of the United States. With Stagecoach-goers representing such a large part of the Isla Vista community, it is simple math to see why racism has potentially gone down while they were gone. Other members of the community see an obvious connection.

“Oh, 100 percent! It makes complete sense that the one weekend when all the Barstool boys and girls are gone that we experience complete existential harmony,” one anonymous minority Gaucho said. “This has honestly been the best weekend of my life.”

No word yet on what this next week will bring when all the Stagecoachers come back, but some students are certainly not willing to let cultural harmony become the status quo.

“That is unacceptable,” one Stagecoach attendee said when he heard of the lack of racism. “I’m really disappointed. We’ll be sure to make things right with some good old-fashioned casual racism when we’re back next week.”

The only country song Raffi Torres knows is the one that goes “BABY YOU A SOOOOOOONG, YOU MAKE ME WANNA ROLL MY WINDOWS DOWN AND CRUISEEEEEEE.”