The Daily Nexus
Nexustentialism
It's satire, stupid.
UCSB Wifi Goes Down On You, But Your UCSB Man Still Won’t
April 24, 2019 at 4:20 pm by Connie Lingus 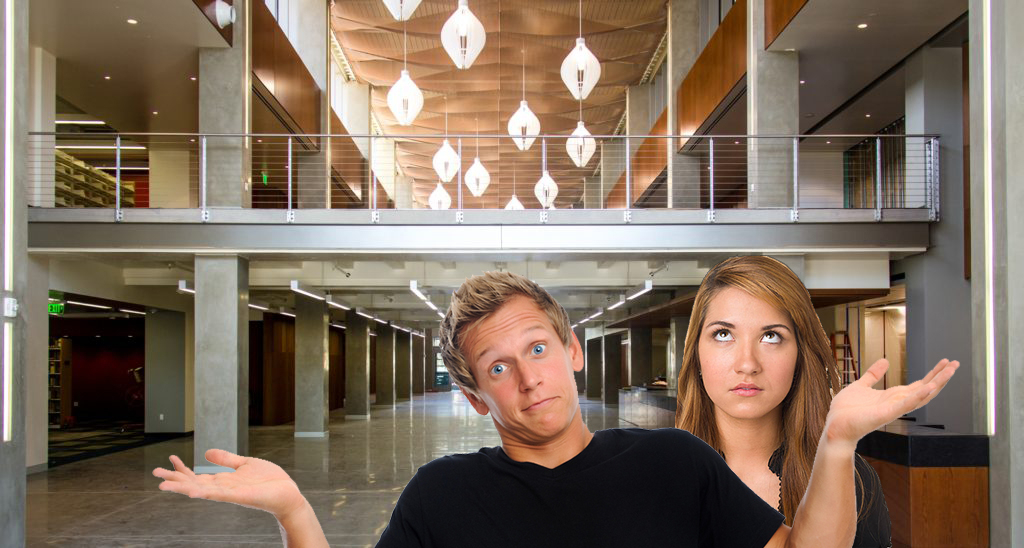 At approximately 1:17 pm, it was reported that the entire UCSB campus network went down on you, but your boyfriend still won’t. In fact, the UCSB wifi goes down on you all the time, but can you remember the last time your boyfriend did? You don’t even have to ask the university internet to go down on you — it’ll just surprise you at any given time! What a dream!

“Wow, I never thought of it like that before,” stated sexually frustrated local girlfriend Kayla Turner. “UCSB’s wifi NEVER complains when it goes down on me. Chad, on the other hand, thinks its ‘gross’ and refuses to do it.” Turner went on to note that while both predicaments were equally annoying, it was “pathetic” that her public university’s shitty wifi was outperforming her boyfriend in bed.

While it remains unknown why so many heterosexual UCSB men refuse to go down on their partners, it seems to be a growing epidemic in the Isla Vista community, affecting more and more bros each day. Typically, afflicted men also exhibit symptoms similar but not limited to: poor interpersonal skills, a lack of communication, poor personal hygiene, and the kind of worldview that might actually just be thinly veiled internalized misogyny.

“So, like, does that mean we have to return the favor?” asked Kayla’s boyfriend, Chad. When asked to elaborate on what exactly he meant, Chad responded, “Well, like, if UCSB’s wifi went down on me, do I have to do the same? Do I need to go suck on Storke Tower or something?” Though Kayla praised Chad for beginning to understand the concept of reciprocation in a relationship, she was fortunately able to help guide Chad’s mouth away from Storke Tower to a more desired location …

“Did I end up going down on my girlfriend? Hell no, I don’t do that shit,” Chad said. “I did ask her to suck my dick, though!”

Connie Lingus thinks you should go down on your girlfriend more than the UCSB wifi does.

I used to have this problem with my Blackberry. RIM just wasn’t up for the job.