Forgot about those cherry tomatoes in the back of your fridge? And now, they’re sort of shrivelled? Hold up!

According to the New York Times, 1.3 billion tons of food gets thrown away around the world per year. Imagine how many people would struggle a little bit less and how much cleaner the environment could be if we collectively decided to manage our food resources a little better.

Let’s start with these tomatoes. Baby steps. Instead of tossing them into the garbage, let’s toss them into a pan.

This recipe is for a vegan capellini alla checca with zoodles (zucchini noodles) instead of angel hair pasta. What’s great about using smaller tomatoes instead of the traditional heirloom tomatoes is that 1) they inherently have more flavor and 2) they take up flavor faster, allowing you to skip the marinating time.

Before you start, you’ll need a veggie spiralizer to make zoodles (this is one cost effective option). If you don’t want to invest in one, that’s perfectly okay; many grocers now sell spiralized vegetables for your convenience. 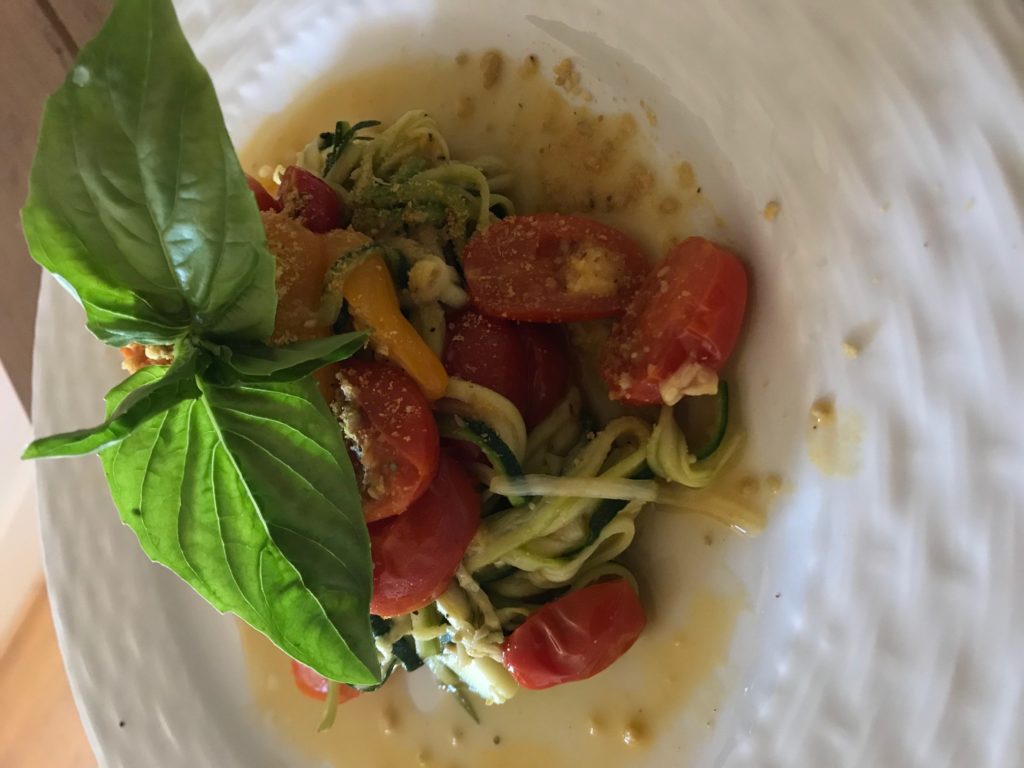 This recipe will last two days in the fridge. Maybe longer? Not sure as I’ve never made it that long without finishing the leftovers.