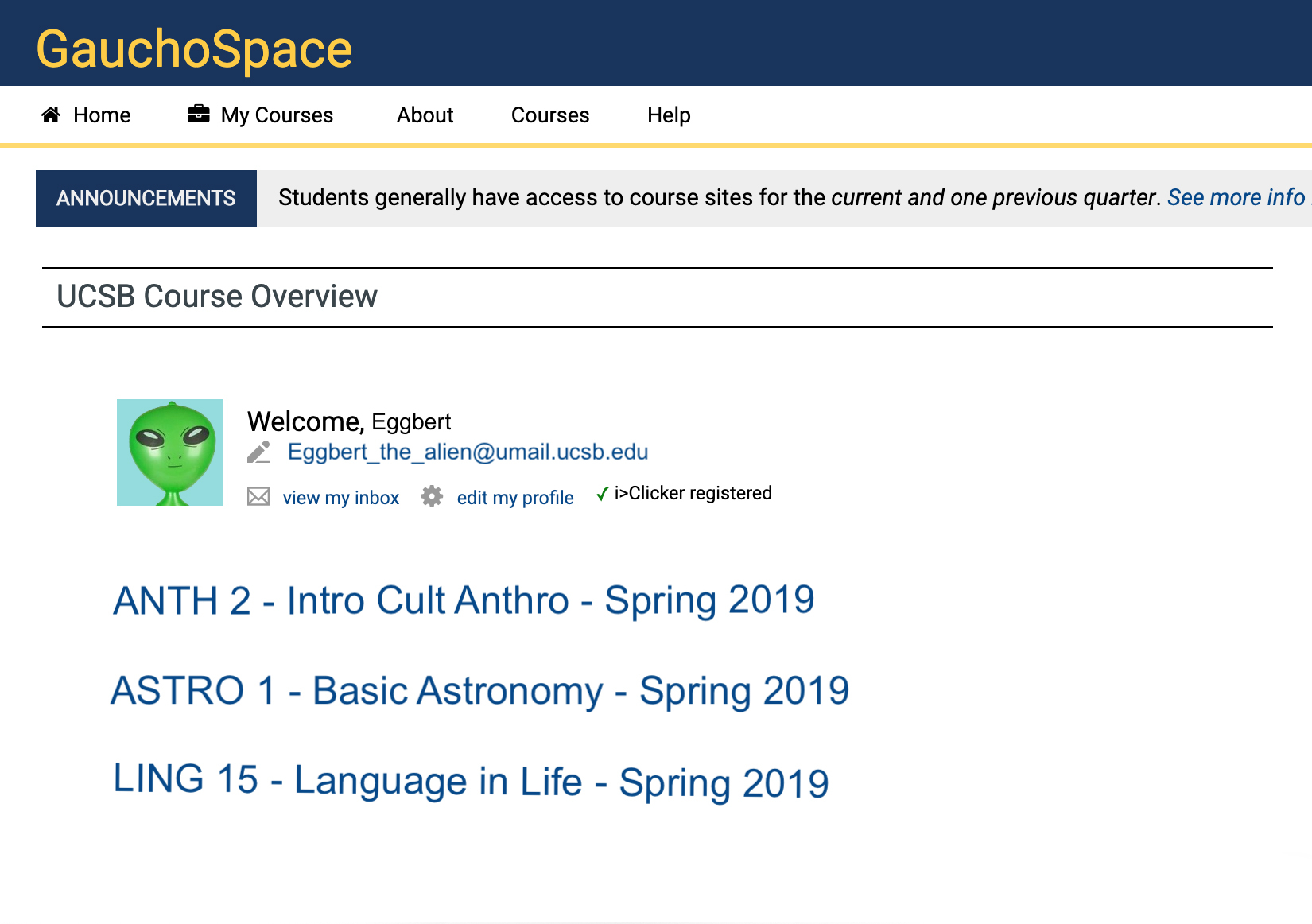 Recently, Gauchospace released yet another of its periodic site updates — this time including the addition of each user’s student ID photo to its homepage, which students must access in order to view information about their classes.

These portraits, most of which were taken during students’ orientation visits prior to the beginning of their freshman years, have purportedly stirred campus-wide melancholy as students have logged in to view their spring quarter classes only to be assaulted by the unsullied naiveté of their pre-collegiate faces, beaming youthful radiance at their now-bloodshot eyes. Upon seeing the faces of their younger selves, whose livers had yet to be tanned leather-hard by years of binge drinking, many students reported feelings akin to those one might feel upon seeing a baby bird fall from the nest, be run over by a monster truck and then pay $200k for the experience.

Fourth-year student Anita Brakeman allegedly recoiled so violently from the innocent, virgin face that greeted her upon accessing the website that she fell backward out of her chair on the eighth floor of the library–– much to the contempt of the other soulless inhabitants of the accursed floor.

“I haven’t seen that gleam in my eyes for years!” the toughened upperclassman cried, lamenting the loss of her youthful optimism and raising her hands to the heavens as if to ask why a benevolent god would allow such a thing.

C.A.P.S. has reportedly been inundated with a deluge of these newly disillusioned students, many of whom were so shaken by their experiences that not even a nap in the egg chairs could ease their malaise. In fact, the egg chairs in the building have been relentlessly occupied by blasé, cigarette-smoking students gazing wistfully off into the distance, only breaking their stares to make cynical, offhanded remarks about the ephemeral nature of innocence.

“What’s the point of it all? You’re born, you die, and in-between the two, you slowly realize you wasted what little time you had in this cruel world,” one jaded, egg-chair-occupying student mumbled in-between drags, blowing smoke directly in this reporter’s face.

Despite the turmoil Gauchospace has caused by force-feeding these souvenirs of lost youth to the student body, it’s generally agreed that this is at least better than the alternative of showing a more recent photograph, which would force us to reconcile with the soulless monsters we’ve since become.

Max Myszkowski wonders: was there ever a more simple time?

Max, you never fail to entertain. Your eloquence with words really creams my corn :D