As an L.A. local, I have a hard time believing that any other food places compare to what I have in SoCal. After visiting the Bay and trying a bunch of restaurants, however, I realized that NorCal does have some really tasty food that is definitely comparable to the food we have in L.A. One restaurant that really impressed me was a restaurant called Dumpling Time. Located in San Francisco, Dumpling Time is a trendy Asian bistro that serves Chinese dim sum with a Californian twist. Since I don’t go to the Bay a lot, I wanted to make the most of my experience here and ordered as much as I could. I really enjoyed all the dishes I tried, but you can take a look for yourself and decide whether or not you’d want to try it!

I started off with the siu mai as an appetizer. Siu mai are open-faced dumplings and usually come in fours. It has a mixture of pork and shrimp wrapped in a piece of thin dumpling wrapping and topped with masago. The flavor and texture was good, but it wasn’t anything super special. You could definitely find siu mai like this at another dim sum spot, so I would skip out on it if you already eat dim sum frequently. 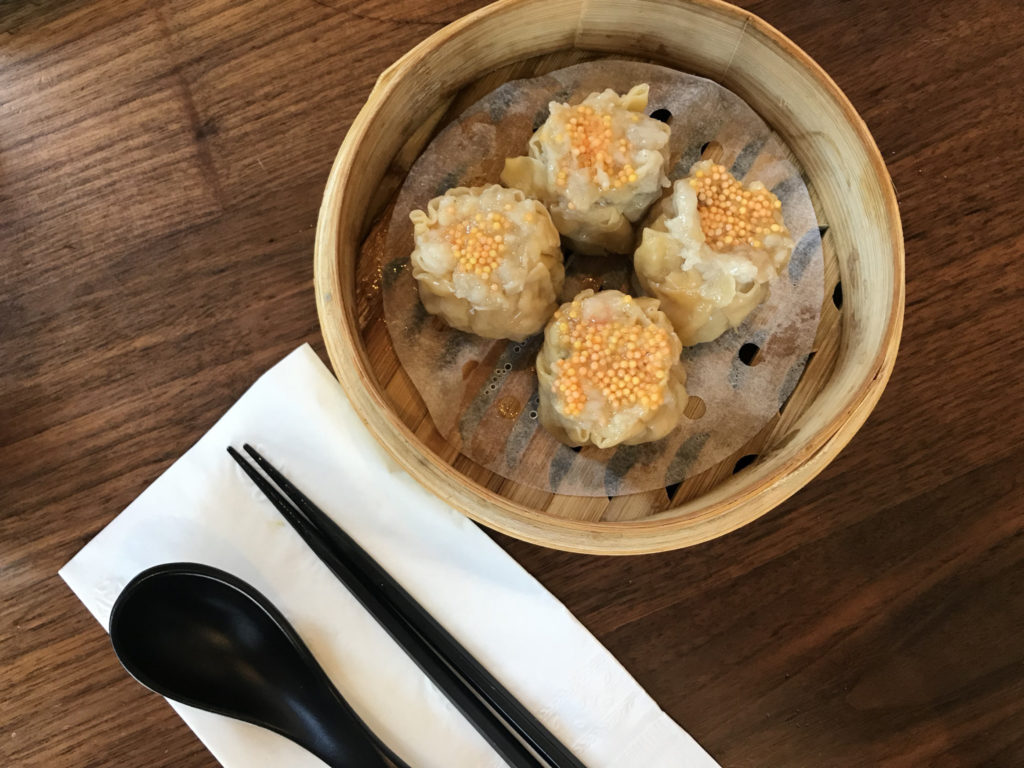 Next, I tried the pork gyoza that had green onion, ginger and cilantro in the meat mixture. The gyozas dish came with five pieces and the skin was perfectly crispy while the meat inside was moist and flavorful. The taste and texture was spot on, so I’d definitely try this again.

I wanted to try something unique to Dumpling Time, so I ordered the Tom Yum Xiao Long Bao, but I also had to go with the classic pork Xiao Long Bao. In the end, I just decided to order both, and definitely made the right decision. Each steamer came with six pieces and I really enjoyed the different flavors of them both. The pork xiao long baos came with pork belly meat inside with savory soup and shao-hsing wine. The hot, savory soup really hit the spot and the skin of the xiao long bao wasn’t too thick, which is a sign of a good xiao long bao. The tom yum xiao long baos included a mixture of pork belly, shrimp and coconut milk and they were wrapped in a skin made with beets. Not only was the color absolutely beautiful, but the tom yum soup made the flavor really different from any other xiao long bao I’ve tried. I didn’t really taste any beet flavor in the skin, but nonetheless, I was satisfied because the skin was also thin and smooth. All in all, I really appreciated the twist on traditional xiao long baos and I’d recommend this to anyone considering a visit to Dumpling Time!

I’ve seen variations of mega-sized xiao long baos all over social media, so I was extremely excited to try this out. This xiao long bao is probably equivalent to the size of five regular-sized xiao long baos and you even get a thick boba straw so you can drink the soup more easily. The King Dum Xiao Long Bao had a thicker skin, which was reasonable, because it had to hold together so much more meat and soup, but that took away from the ratio of dumpling skin to meat. It was a cool experience to stick the straw into the xiao long bao and drink the soup, but the bamboo steamer didn’t have a bottom so the soup leaked out of the bottom. As for the meat mixture, it was just a little too much for me. All in all, it was a fun novelty experience, but I probably wouldn’t get it again. 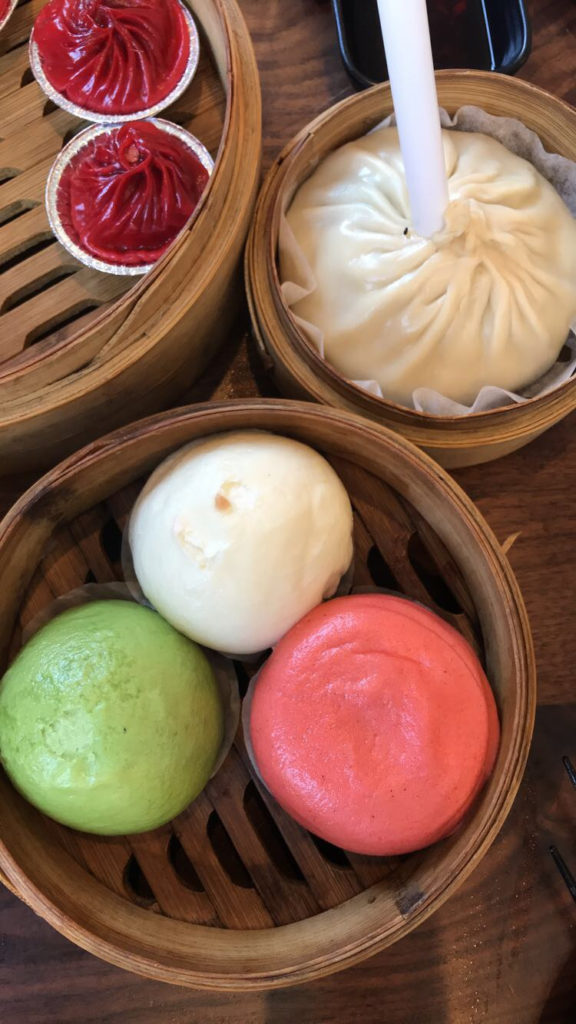 I was already super full from all the dishes I had been trying, but what’s a meal without dessert? Since I wanted to try as much as I could, I opted for the trio of buns, which all came with different fillings. The green tea and milk bun was my personal favorite, but all the buns had a nice, sweet custard filling. Normally, at traditional dim sum places, they just have the egg custard flavor buns, so Dumpling Time really impressed me with their variety of flavors and the vibrant color of the buns themselves.

All in all, Dumpling Time is definitely worth the try! It’s easier to go with a group of friends so you can try a lot of different things, but if you have a limited amount of time or limited stomach space, I would definitely try the Tom Yum Xiao Long Bao and Trio of Buns.