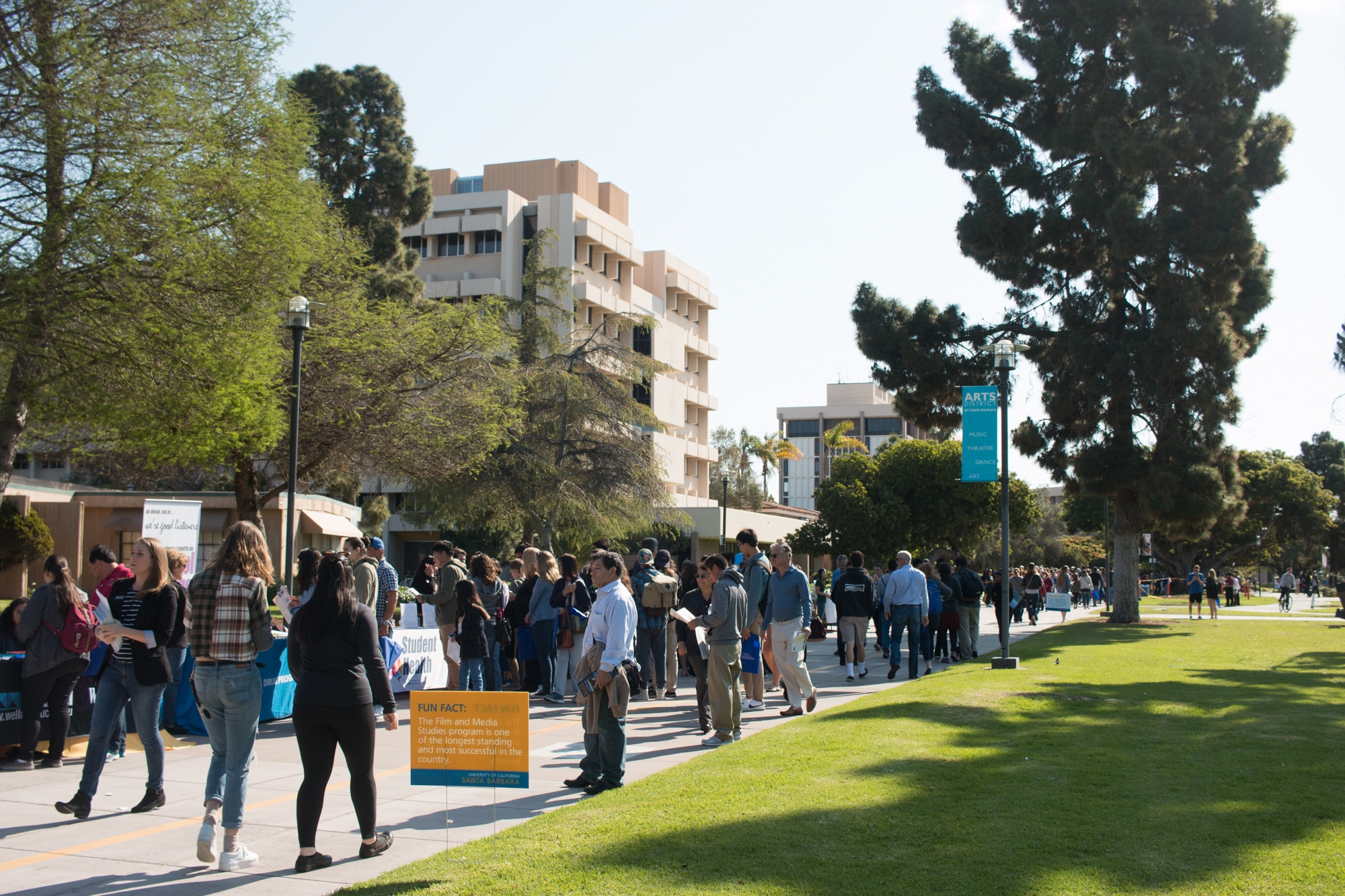 In an attempt to squeeze every dollar and cent out of her tuition, second-year Penney Pinscher has taken to the sidewalks of UCSB this last weekend looking to pull a fast one on those tabling for clubs and various school organizations at Spring Insight.

Disguised as a prospective freshman, Pinscher went from booth to booth, looking to score some sweet sleep shirts, key chains and, with any luck, maybe even a frisbee.

“I pay out-of-state tuition, so who cares if I’m looking to get a free pen or two?” Pinscher asked when confronted by a guy she had a section with the previous year.

Eyewitness reports say that Pinscher was also extremely picky and rude when engaging in activities to win prizes.

“She kept spinning my little prize wheel. She spun it like 12 times until it landed on a water bottle. She scared away a bunch of potential members,” Richard “Dick” Tate, a tabler for the College Republicans, proclaimed.

Suspicious onlookers questioned Pinscher’s actual age when she was seen not teeming with nervous energy or looking for the one other kid from her high school who was also visiting.

Grad students tabling for the economics department took the initiative to contact the proper authorities about the situation. When asked about their motivation, they yelled “there’s no such thing as free lunch!” while foaming at the mouth.

CSOs arrived on the scene shortly after. They escorted  Pinscher away from the booths, but not before they tied her hands with lanyards and put a “Create Summer!” tote bag over her head. She hasn’t been seen since.

The Chief of the CSOs had no comment on Pinscher’s current whereabouts, but her roommates are demanding her safe return before the next large event giving out free stress balls.

Matteo Wharton believes that Penney is still in the CSOs’ secret torture chamber under the UCEN. #FreePenney

J. Matteo Wharton
Matteo is a second-year music composition and philosophy double major who loves Marxist critiques, experimental post-modern sound art, and long walks on the beach. He is currently the assistant editor for Nexustentialism and in the middle of a twenty-year existential crisis.